In 2013, Lynn Doran visited the Omo Valley in Ethiopia to document six endangered tribes. National Geographic has called the valley ‘Africa’s last Frontier.” The result of that trip was a coffee table book titled, simply, “OMO.”

The Omo River is critical to the survival of the Omo Valley tribes. But the river is drying up as a result the massive, government-built, hydroelectric dam Gibe III. The dam was built to provide power and irrigation for large  commercial plantations, which have forced tribes from their lands. 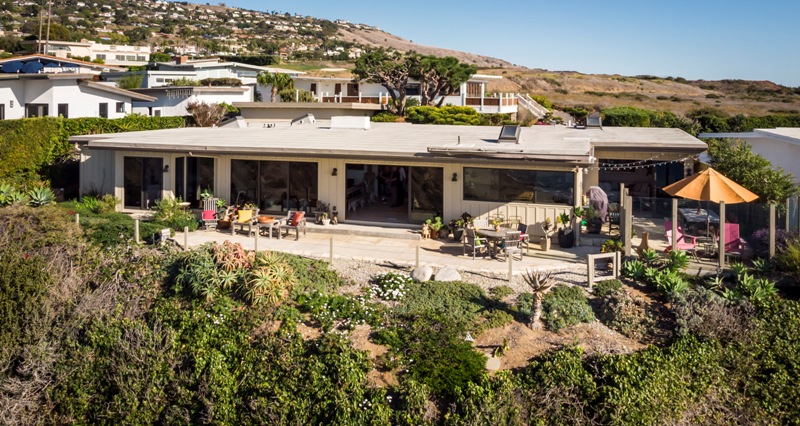 Doran’s Portuguese Bend cottage is in the typical 1950s ranch style, with a wrap around patio with expansive ocean views.

“These are photographs taken by the eye but are also from the heart of a woman whose love of people and culture knows no limits,” Dr. Davis Wade, a National Geographic explorer, and professor of anthropology at the University of British Columbia, wrote of Doran’s book.

The art Doran has collected on her Ethiopian visit and other travels will be on display during the popular Palos Verdes Art Center Homes Tour on Friday, April 20 and Saturday, April 21. 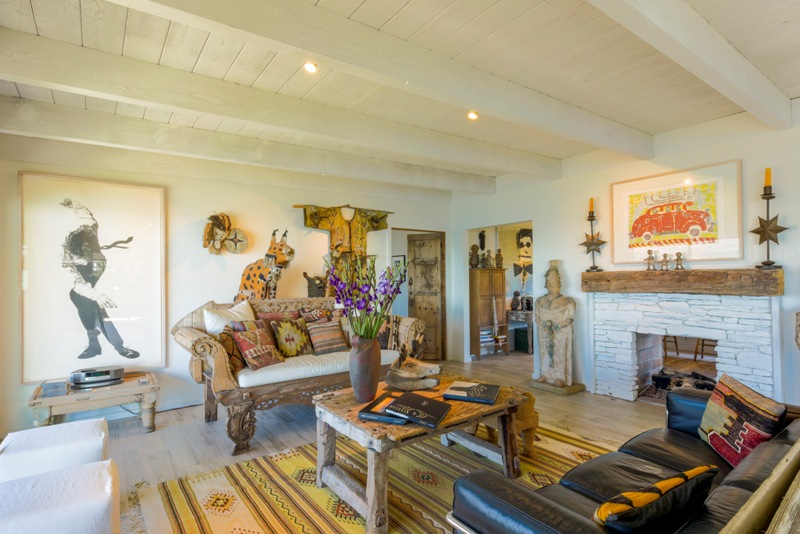 A Frank Romero print sits above the mantle with a menorah and rabbis seated inside a car embarking on an expedition. Doran’s living room is filled with art from some of the most remote spots on the planet.

An eight-foot Papuan replica of an Asmat canoe with rowers carved out of a single piece of wood hangs at her home’s entrance.

Doran, who grew up in Palos Verdes, attributes her love of travel to her parents, who often took her on dirt roads through little towns in Mexico, trailer in tow. They didn’t speak Spanish, which added to their sense of adventure.

“This book is dedicated to my parents who early on introduced me to both travel and adventure, encouraging me to explore the world with an open heart and mind. Travel smart and with respect for the places and people you visit. A lesson well learned at an early age,” she writes in the introduction to “OMO.”

“Although I graduated from college, I’ve never had an traditional job,” she said. In the 1970s, Doran worked with a heavy duty sewing machine in her garage. “I’d strip leather and sew tapestry onto it and sell belts and leather helmets with fleece to all the specialty sports shops in the best ski resorts. I would ski until I’d run out of money, and then I’d make more belts and hats and ski more. I wanted to stay around the sports I loved.”

As the business grew, Doran expanded into tennis and golf wear with a company named Natty.

“Tennis was really coming into fashion in the mid to late 1970s” Doran said. She knew Natty was a success when The Tennis Lady in New York began carrying her designs. But then, she explained, only half jokingly, in the mid and late 1980s people’s elbows and knees started hurting and tennis players joined the golf craze. 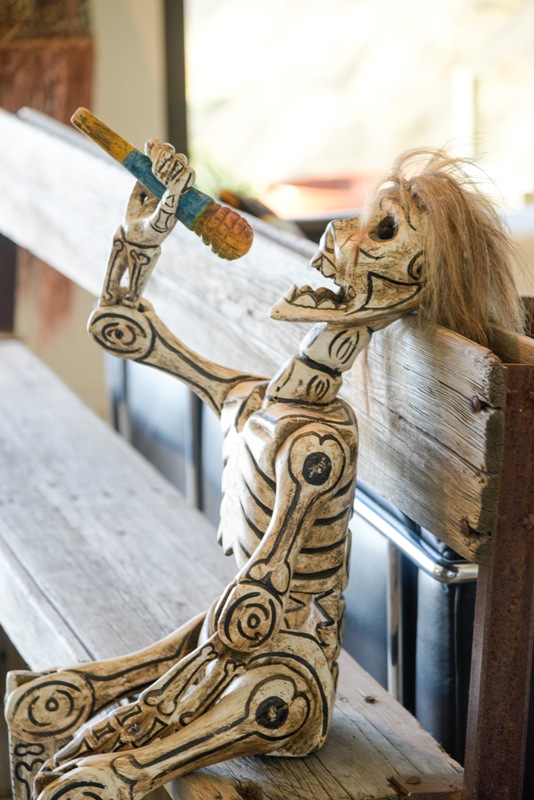 There’s levity and emotional power in the art found throughout this Portuguese Bend cottage.

“I took the practical art of sewing and combined it with my art degree to create something different in the sports world,” she said. During the boom years she invested in real estate to cushion the inevitable apparel industry downturns.

The 2013 trip that resulted in her book began with a flight to Addis Ababa, the capital of Ethiopia, and then a biplane flight to the Omo River Valley. The trip was organized by Steve Turner, a white, second generation Kenyan and safari guide. During the two-week trip, she found the tribes to be happy and have a strong sense of community. The villagers subsist on crops and cow blood. 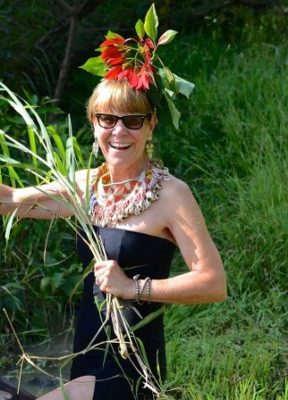 Doran on location in Tulgit, Ethiopia. Photo by Andy Curry

“Their joy is in decorating everything, including themselves” Doran said. Tribes are distinguishable by their body paint, piercings and facial manipulations, including lip plates. The tribes also make distinctive beads.

Doran fears that with the Omo River being redirected, the tribes will move to the slums on the outskirts of cities and their culture will disappear.

“Extraordinary tribes and vanishing cultures pulled me to the Omo Valley in the Great Rift Valley of Southwest Ethiopia-one, of the world’s last extensive tribal lands,” she writes in her book. Doran hopes the book will motivate people to help preserve the tribes and their culture.

Visit pvhomestour.org to buy tickets to the 32nd Annual Palos Verdes Homes Tour —  Legends by the Sea: A Tale of Three Homes. Visit lynndoran.com to learn more about the Omo Tribes. OMO is also available on Amazon.