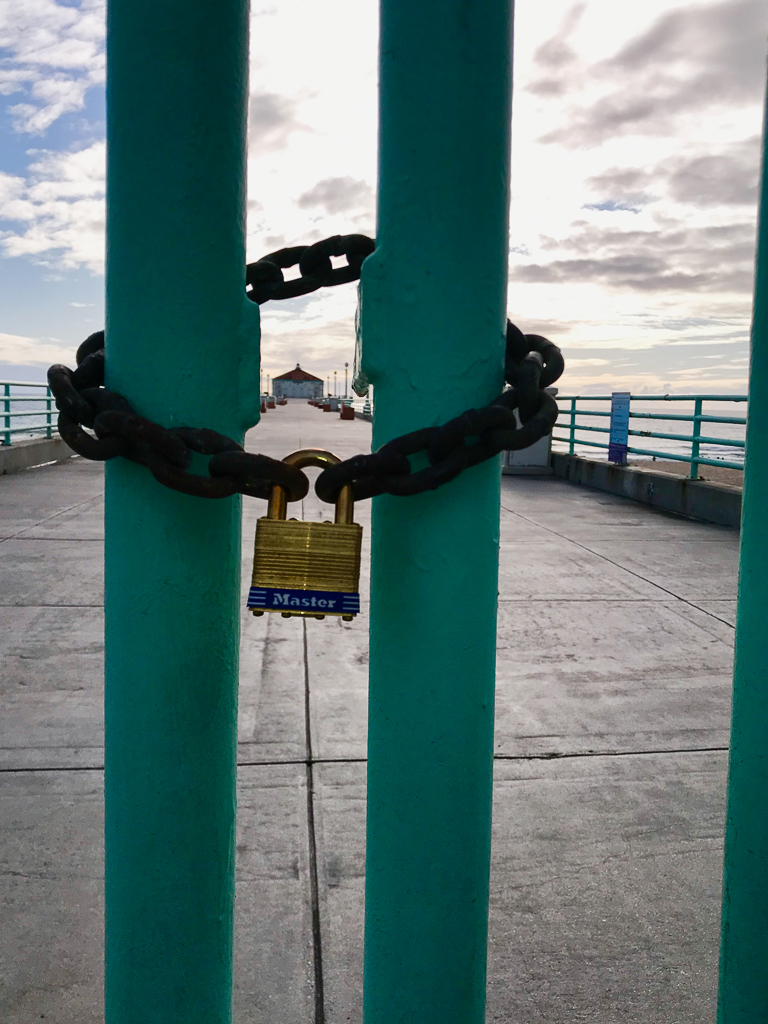 “So what is the deal with the pier?” Councilperson Steve Napolitano asked at Tuesday night’s council meeting, at which he led an unsuccessful charge to reopen Manhattan Beach’s signature landmark, regardless of whether doing so was approved by state or county agencies.

“We hear that it’s the state, but who cares?” Napolitano said. “They don’t care enough about us to pay attention to it. So why don’t we just open it up? We’ve opened up The Strand and everything else. I don’t understand why we don’t take the key out an unlock it.”

Mayor Richard Montgomery had just that morning sent a letter to the LA County Department of Public Health requesting the city be allowed to open up its pier, which has been locked since March. Councilperson Hildy Stern said the city should respect the county’s process.

“The mayor has gone through the process,” Stern said. “He’s done this with his integrity and there’s no urgency with respect to the pier. Let’s honor this process and support the mayor in how he has gone about asking for this.”

Councilperson Nancy Hersman noted that the County has seen an increase in Covid-19 cases in recent days.

“We can do with waiting to hear from the County Health Department and go through this process that is there for us,” Hersman said. “To just flagrantly say, ‘You know, too bad we want to do this.’ When there’s really no urgency to it. We’ve got the Strand open, we’ve got it all open….This is a small piece that really doesn’t need to be so defiant.”

“I would say it’s not defiant,” she said. I would say doors are open and unlocked, all we need to do is walk out of the cell. The jailers are gone. It’s so old news after the protests of the last 10 days, which have been powerful and effective and I have attended and I have worn a mask and I have been uncomfortable in some spaces… but it is literally a joke that people cannot be outside now and we’ll have to worry about social distancing after what we’ve seen the last 10 days.”

Napolitano said he understood the concerns but still believed it was simply time to open the pier because no logical health risk would be incurred by doing so.

“With all due respect, the process is broken,” he said. “There is no process when they change the rules every other day. They say it’s going to be this way for this long and then it’s not. And I think we’re big boys and girls and we can open up our own pier….I am willing to risk being taken away in handcuffs.”

Stern urged her colleagues to not look at the issue in such dramatic terms.

“Nobody’s in jail because we don’t have the pier open. I mean, really,” she said. “Let’s think about the precedent here. We are a city in this county. We are working with the county, they’re working with us.”

Without a third vote, Napolitano did not make a motion. City Manager Bruce Moe said the County is already investigating opening the pier.

“For what it’s worth, we did receive a call from the county today asking questions about the pier,” Moe said. So I think it’s on their radar and hopefully we’ll have some direction.”

“What kind of questions?” Napolitano said. “Pictures? What it looks like? What questions can they ask?”