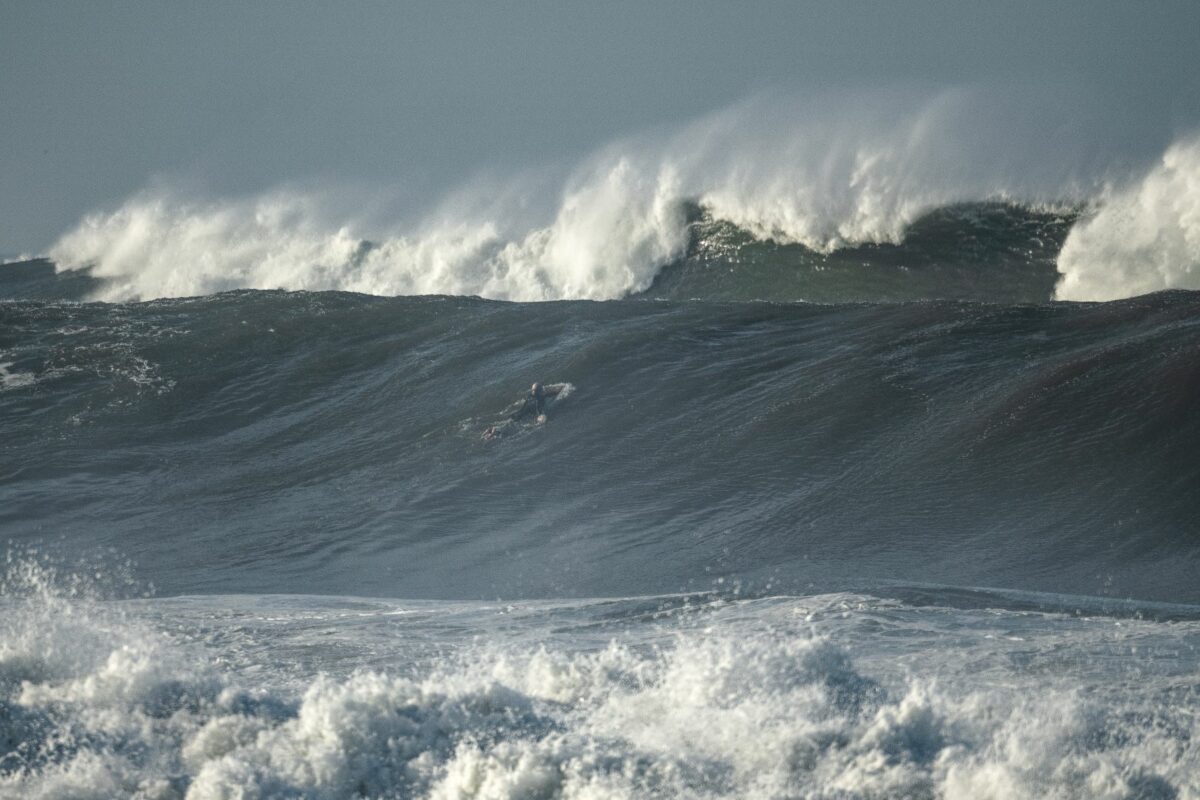 Los Angeles County Lifeguard Matty Mohagen barely makes the paddle over an inside wave at the El Segundo Jetty. The outside wave is already breaking. 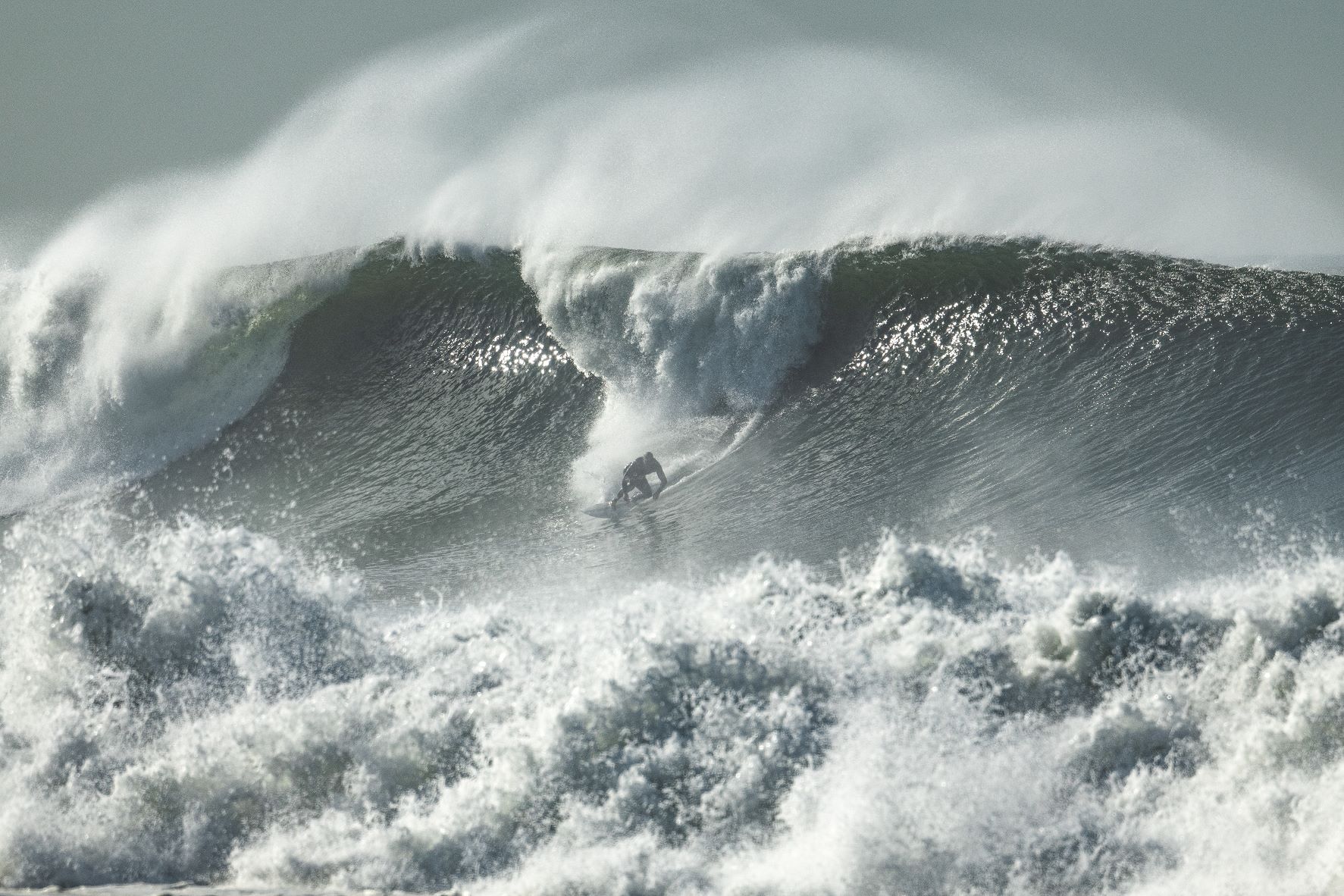 Matty Mohagen races the lip down the face of a 20-foot-plus wave at the El Segundo jetty.

Los Angeles County Lifeguards Matty Mohagen and Shane Gallas pushed the limits of paddling into big waves at the Manhattan-El Segundo border about 7:30 a.m. on January 6. The shore pound was 10 feet. The outside waves, breaking past the end of the jetty, were two to three times that size. Despite being a popular big wave spot, no one else attempted to paddle out. The waves looked too big to catch without being towed in by a PWC. Mohagen and Gallas each caught half a dozen waves, or about one wave an hour during their five-hour session. 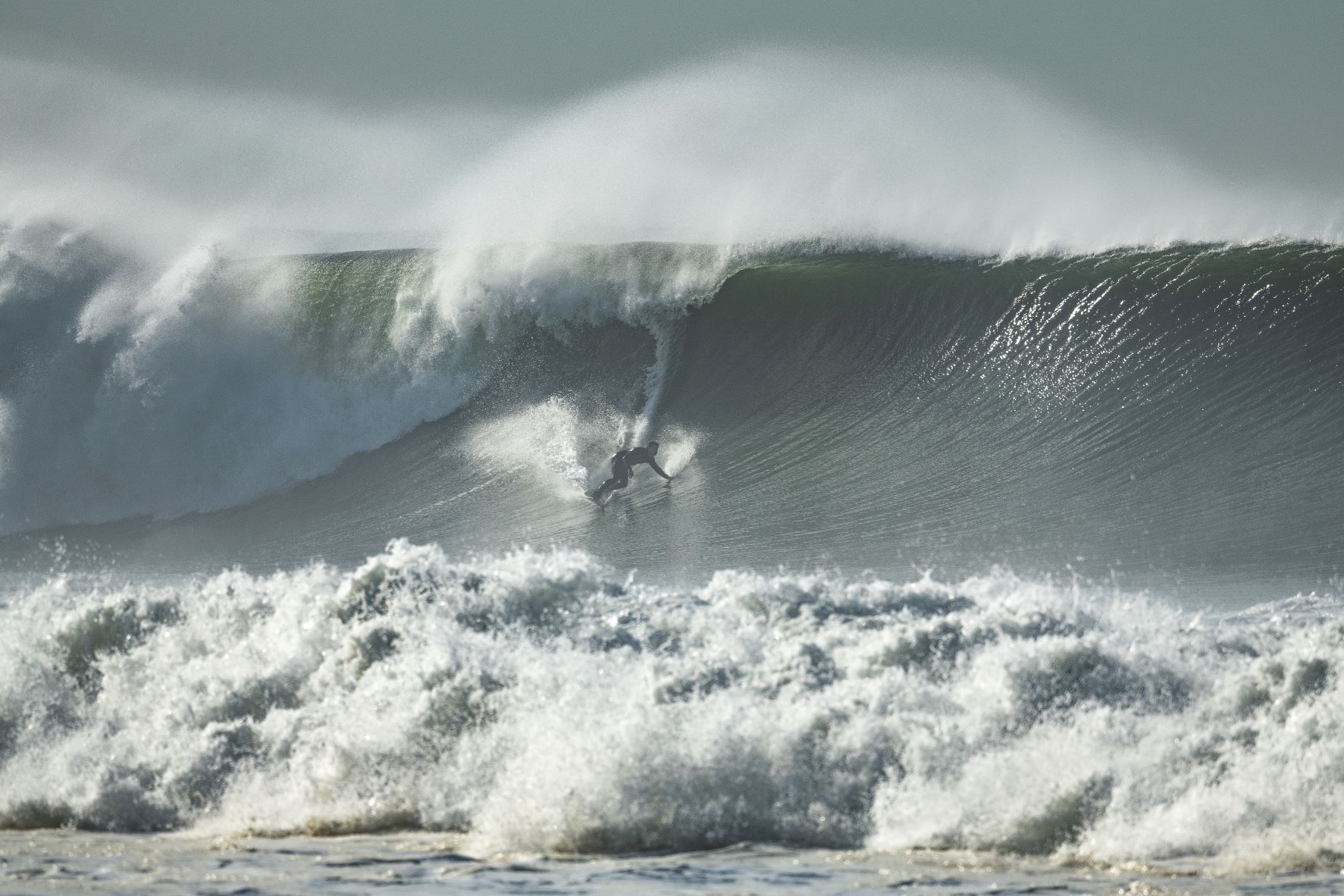 Los Angeles County Lifeguard Shane Gallas drags a hand while waiting to get barrelled at the El Segundo Jetty.