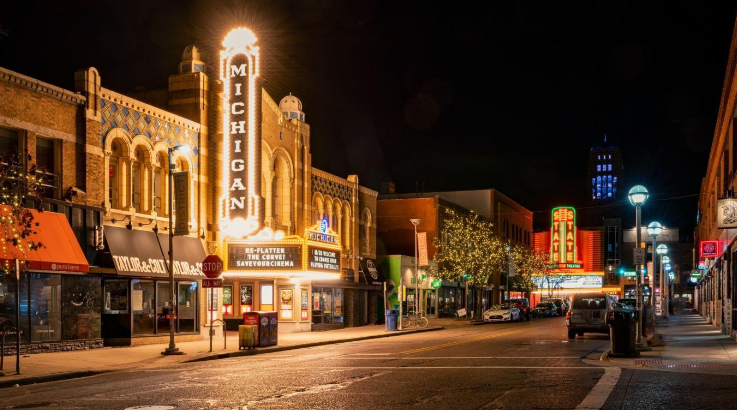 The $300 million Gun Lake Casino expansion, which will include a 15-story hotel and a multi-use “aquadome” covered pool facility that will also serve as a nightlife venue, officially began construction back on the 19th of May, 2022.

At a groundbreaking ceremony conducted on May 19 at Gun Lake Casino in Wayland, representatives from the casino and the Gun Lake Tribe provided further information about the massive project that was initially announced in April 2021.

Gun Lake Casino has recently completed its 72,000-square-foot expansion, and the hotel will be the next step in its development plan.

Sal Semola, the CEO of Gun Lake Casino, stated that this expansion will mark the beginning of the casino’s metamorphosis into a resort. This will have a big positive economic impact on the entire state thanks to their increased array of entertainment opportunities, which are intended to increase their geographic reach. The aquadome, a genuinely distinctive and adaptable entertainment space, will be the focus of the new and expanded venue. This location will undoubtedly become a popular tourist destination.

The project, which would extend the casino’s west flank, will be its greatest expansion to date. A six-story aquadome enclosed space with 32,000 square feet will house various pools in the project’s resort component, which may be converted into a performance venue. Three pools, a swim-up bar, real palm trees, and an entertainment stage with seating for up to 2,400 guests are all included in the complex.

The addition’s 15-story hotel wing will include 252 rooms total, including 30 suites. A two-story suite with a distinctive living area that showcases a grand staircase, a large window, and residential elevator will be located on the top two levels of the hotel.

The Future of Gun Lake Casino

According to Bob Peters, chairman of the Gun Lake Tribe, they are excited to start taking the next steps in opening up the Gun Lake Casino’s amenities and employment prospects to folks in the neighborhood. They pledge to consistently make investments in the tribe, the neighborhood, and their existing and future team members.

The project’s general contractor, Clark Construction Co., anticipates that the project will be finished in March 2025. The project’s architect is HBG Design, a Memphis, Tennessee-based firm.

Allen Blower, senior vice president of Clark Construction, said that the project will have a substantial positive impact on the economic growth of the Grand Rapids and Southwest Michigan areas. According to him, more than 15,000 direct and indirect employment opportunities will be generated before the project is finished, with an average of 200 people working on it every day.

Tribe and casino representatives predict that the project will have a $650 million economic effect. Since it first began operations in 2011, the casino has undergone many expansions. The casino now has 450 slot machines, 12 additional table games, and a larger non-smoking section thanks to a recent $100 million, 72,000-square-foot expansion. The expansion increased the casino’s entertainment space’s capacity and included more upmarket eateries.

The best is yet to come, according to Semola, who subsequently said that this expansion won’t be the last and that he can’t reveal what’s in store for the future. Taking on a project this size while there are labor and supply chain limitations in the industry is a tremendous challenge.

Semola claimed that none of them had ever encountered anything comparable to what is happening right now, whether it be an increase in material costs or a backlog of material. To ensure they have enough time, the casino must reevaluate its timetable in terms of when they bring in and order material and equipment. Every day, they examine prices and the state of the global economy.