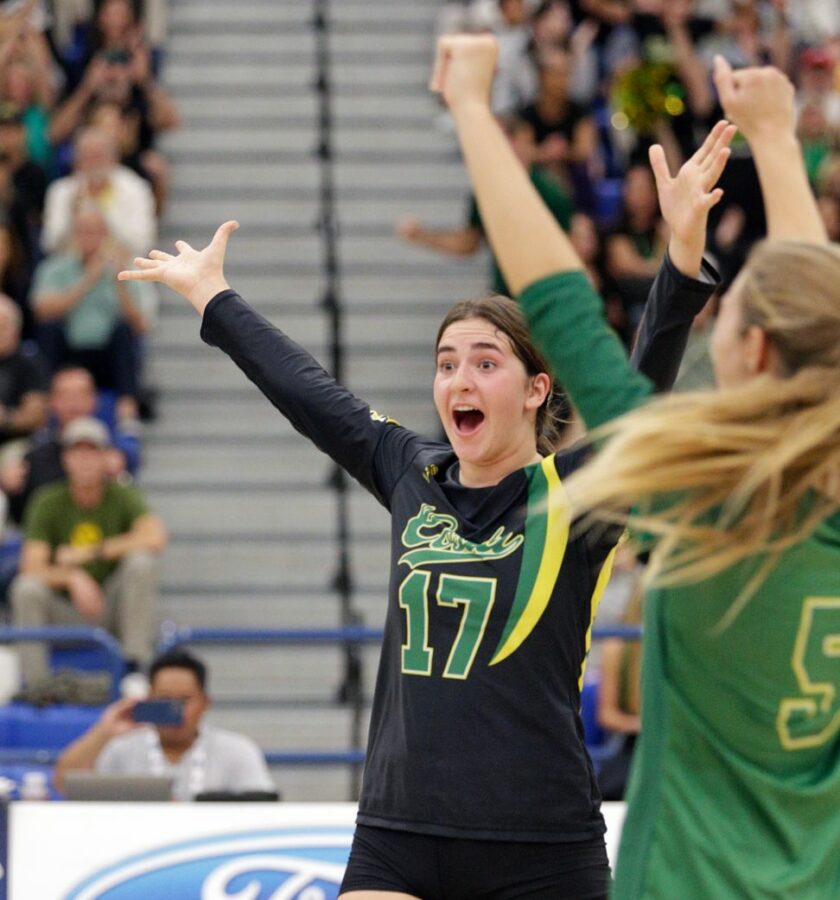 Outside hitter Tanon Rosenthal and her Mustang teammates are one win away from the State Championship finals. Photo by Ray Vidal

After cruising through what felt like a magical season for the last four months, losing to Sierra Canyon in the CIF Southern Section Finals Saturday night was a category 5 shock to the collective system of the Mira Costa Girls volleyball team.

“I’m not going to kid you, it was tough on all of us,” Coach Cam Green said.

When the girls got on the bus for the long ride home from Cerritos College, silence prevailed until Green put it in perspective for them.

“I told them that how we responded over the next few days would define us as a team,” he said. “We could fight back or we could fold.”

Within a few minutes, Green said, the girls had reverted to their usual post-game routine while on the way home.

“They started singing songs, like they always do,” he said. “That’s when I knew they would be OK.

And Wednesday night, against Newport Harbor, they fought back as they started down the road to their second goal this year: winning a state championship.

Back in the cozy confines of the Fisher Athletic Complex, and playing in front of a rabid home crowd, the Green and Gold Machine was firing on all cylinders. The four stars –

opposite hitter Tanon “Aquaphor” Rosenthal, outside hitter Drew “Lizzo” Wright and libero supreme Taylor (Baby Gorgeous) Deckert — all did their thing like the Saturday night loss was a bad dream that had disappeared with the light of day Sunday morning. 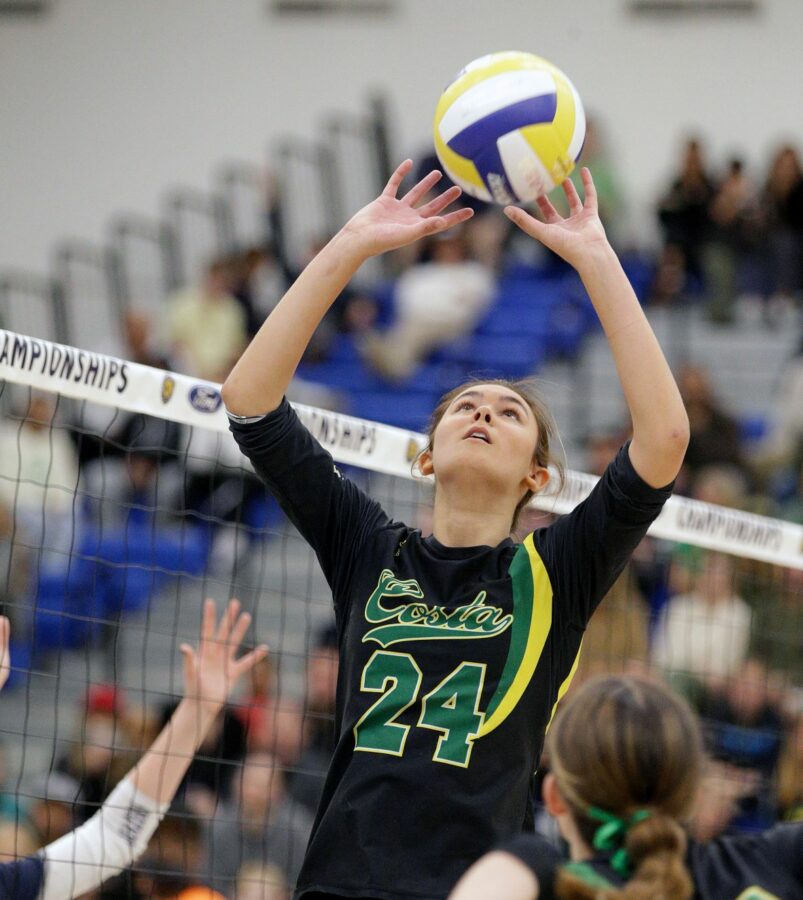 Fuerbringer controlled the front-court action with her precise sets and established the tone with her ever-optimistic, can-do attitude that’s always infectious. Rosenthal and Wright provided the raw power on kill after kill, and Deckert gave a master class on how to dig kill shots that look unhittable as the Mustangs rolled over Newport Harbor in three straight sets 25-18, 25-23, and 25-18.

“I was really proud of the girls tonight,” Green said. “They bounced back like the true champions they are.”

Wright led the way with 16 kills, while Deckert recorded 12 digs. But the Mustangs also got some contributions from unexpected sources.

But as being back on the winning track was spreading good cheer among the girls, they got the sobering news they were expecting: they will play Sierra Canyon yet again on Saturday night at Sierra Canyon.

“We figured we would have to go through Sierra Canyon to win State,” Green said. “We’re going to be ready for them.”

They have already played Sierra Canyon three times this season, with Sierra holding a 2-1 edge.

“The girls know we can beat Sierra Canyon, because we’ve already done it once this season,” Green said. “Now we’re going to be ready to beat them again.”