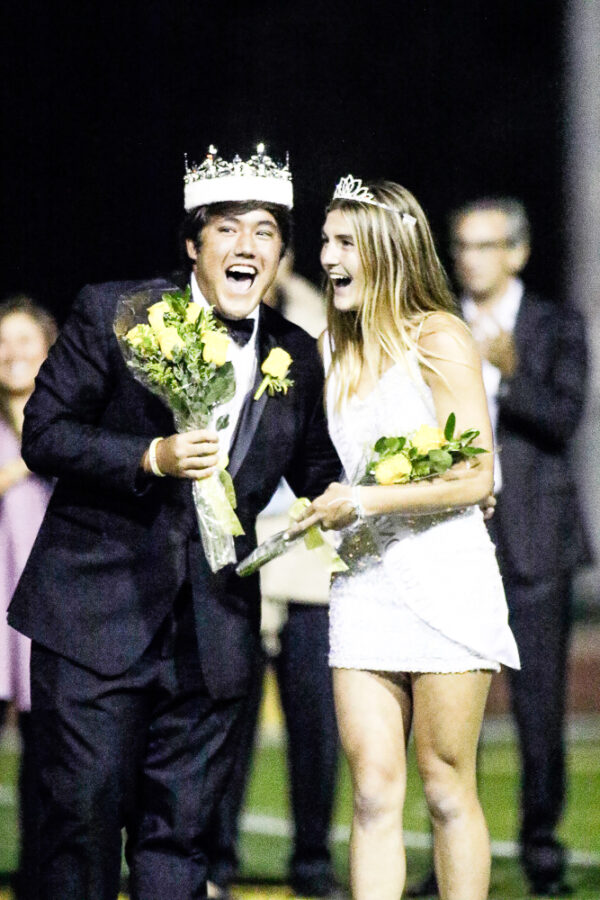 A record 1,116 green and gold adorned students attended the Mira Costa Homecoming football game and dance this past weekend. Energy was sky high; in part to celebrate a year back in the classroom, but also to crown Homecoming Court Members Annie Iantuono and Dylan Kircher as the schools’ first Homecoming Monarchs.

Two years ago, prior to the pandemic, student groups were asked to nominate two of their members, of either sex, to be included on the Homecoming ballot. The goal was to de-genderi the process , which previously prescribed a boy and a girl. This was the first of many steps the Associated Student Body, along with the Gay Straight Alliance Club, took towards inclusivity in the homecoming process. The vote for the Homecoming Monarchs was meant to be as unencumbered by gender as possible. “The homecoming court is no longer a boy/girl event,” ASB director,and former school board member Lisa Claypoole said. She described the revised homecoming as a celebration focused on togetherness, and school spirit rather than gender.

“The future of the homecoming court will be like the amazing race,” Claypoole said. ER