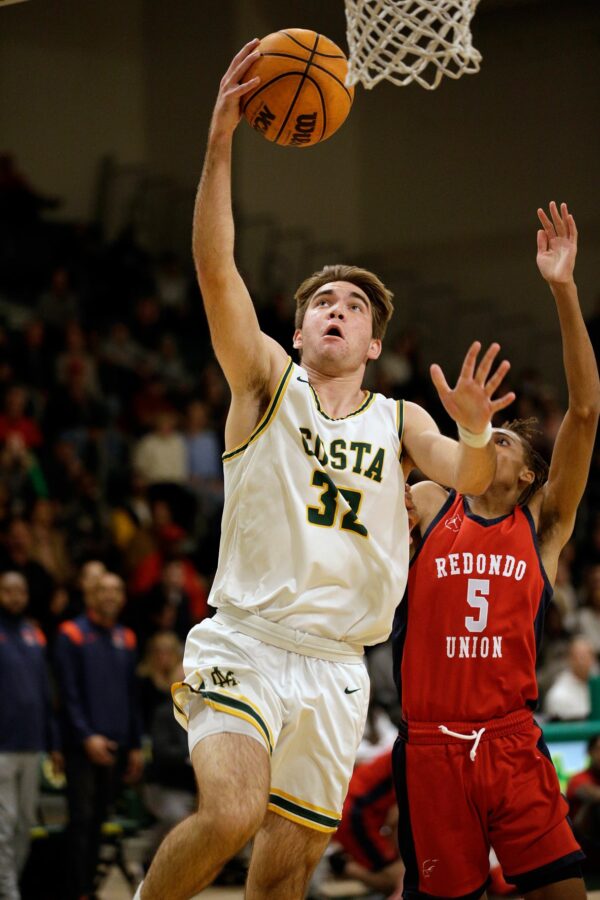 Mira Costa Forward Nick Lundy goes up for two of his 11 points against Redondo Tuesday night. Photo by Ray Vidal

They didn’t even call a timeout.

“We’ve been in so many tough situations together over the last four years that we knew exactly what we had to do,” said Dylan Black, the Mustangs’ best shooter, and one of four seniors in the starting lineup. “We felt like we were right where we wanted to be.”

As crazy as that statement sounded, Black was right: Costa immediately went on a 34-12 run that blew the game open and demolished whatever confidence the Sea Hawks had gotten from their hot start.

During that first-half run the four seniors played their familiar roles to perfection: point guard Will Householter controlled the ball and the tempo; Black swished threes whenever he was left open for a half second; gritty forward Nick Lundy grabbed rebounds in heavy traffic, stroked corner threes and blocked shots; and 6-foot-7 center/forward Trey Pearce provided a steady inside post presence.

The unofficial end came with two and a half minutes left in the game when another senior, Tyler Tang, drilled a long 3-pointer to make the score 66-43. Tang rarely plays, but is a crowd favorite for his energy and enthusiasm. When he hit the outside shot the packed house inside the Fisher Athletic complex went absolutely nuts.

In the end, the final score was 66-47, and the Mustangs had moved to a 20-1 record on the season, with the only blemish a 10-point loss to athletic powerhouse Mater Dei last month.

“That was a tough loss for us, but I feel like we’ve bounced back nicely,” Costa Coach Neal Perlmutter said. “One of our goals was to go undefeated, but now our goals are to win the Bay League and then win CIF.”

Both those goals are well within reach for what local hoops junkies are calling the best Mustang team in forever. It’s a team that is built on defense first, and as usual the Mustangs forced the other team into more turnovers than a bakery. They also blocked more than a dozen shots, with Lundy, Pearce and super sophomore Jacob De Armas doing most of the damage.

Perlmutter rotated nine players in and out all game long, the five starters plus the uber-athletic De Armas, smooth junior James Reach, and lanky sophomore Eneasi Piuleini, who hit a big corner three in the second half when Redondo was threatening to make a comeback.

Black led the way with 16 points, Householter was right behind with 14, and Lundy chipped in with 11.

Despite the lop-sided final score, look for another hard-fought game when these two rivals meet in the final game of the regular season next month. That one will be played at Redondo, and in high school sports home court can make all the difference.

It certainly did Tuesday night. 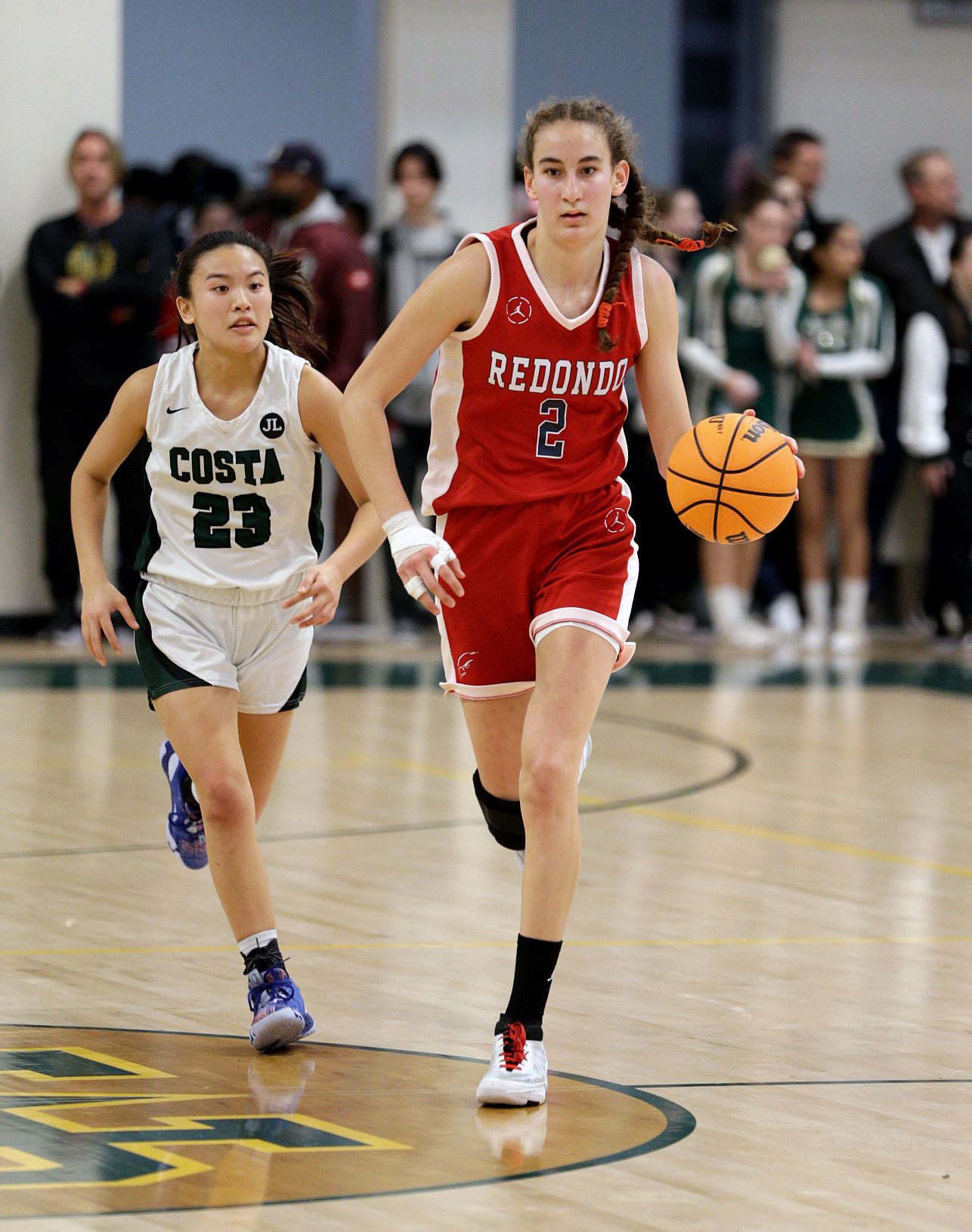