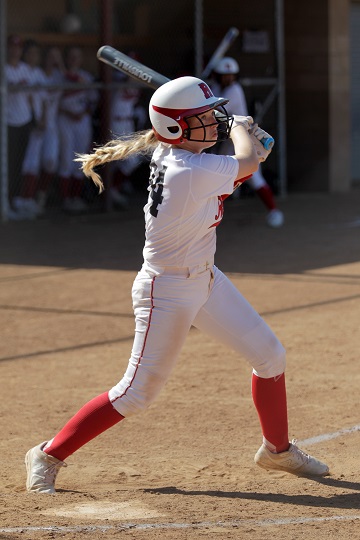 Redondo, however, had other plans knocking off Mira Costa 5-4 while Palos Verdes took care of business with a 6-1 victory over Peninsula.

Rachel Allen had four hits including two home runs while driving in four runs in the Bay League winning contest for Palos Verdes (16-7, 7-1).

Playing the role of spoiler, Redondo (9-16, 5-3) edged Mira Costa 5-4 behind Carly Koltko who pitched a complete game while hitting a home run and driving in three runs.

Playoffs schedules are set to be released on Monday with Mira Costa (16-13, 6-2) competing in Division 3 and Palos Verdes in Division 4

“If things stay the way they are right now it would be a split with PV because they are in a different division then us,” Mira Costa coach Brittany Gardner said on Tuesday.

Mira Costa has only two seniors on its roster, so the future is bright for the Mustangs who have been led by juniors Piper Neri and Ella Lee at the plate. 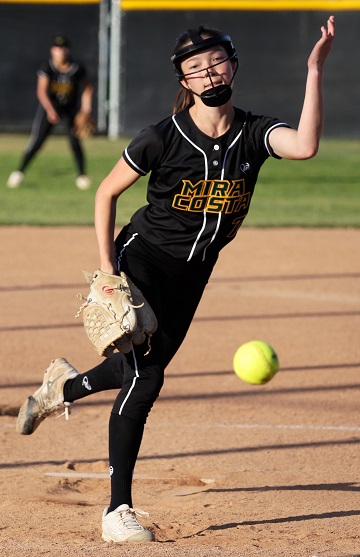 “Amanda Siegel (.434, 35 RBIs) is a freshman that is our starting shortstop,” Gardner said. “Even though she is young, she came in understanding the game and took over as a leader out on the field.”

Mira Costa has faced stiff competition in three tournaments including the Katella Tournament, the Torrance National Tournament (TNT) and the La Mirada Tournament which has the Mustangs prepared to make a deep run in the postseason.

“We hold our destiny in our hands,” Gardner said. “We are one of the most talented teams I have coached at Costa. If we show up mentally we can beat anyone. I look forward to seeing how CIF goes this year.”

Redondo is another young squad which also has only two seniors on its team that features nine freshmen and sophomores.

Redondo is ranked No. 5 in Division 5 and is led by sophomore Koltko who is hitting .449 with a team-high 31 hits to go with 20 RBIs, four doubles and three home runs.