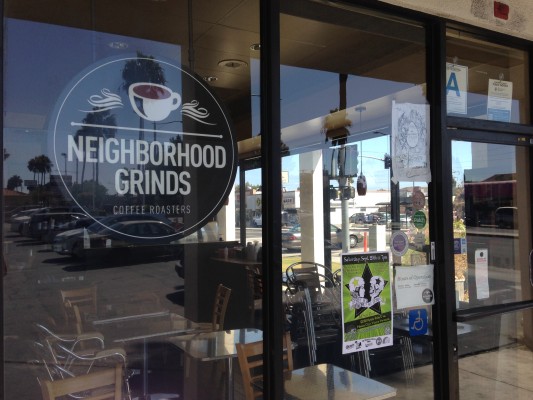 Neighborhood Grinds coffee shop on Artesia Boulevard was, by many customer accounts, busy and thriving. So it surprised locals last week, when they made their regular swing by the North Redondo spot, to find the shop’s doors locked and an eviction notice on the window.

“What a bummer,” a North Redondo resident said, peering through the glass. “I don’t get it. They were always busy.”

According to case files at Los Angeles Superior Court in Torrance, owner Fred Lie was served papers on May 28.

He hadn’t paid rent since October 2013 and owed landlord Artesia Operating Associates $32,564, the documents said. A default judgment by the court was filed Sept. 2, calling for Lie to vacate the property.

Lie had opened a second Neighborhood Grinds location in May 2013 at the Redondo Beach Pier.

The pier cafe struggled; it was often closed for unexpected construction or permitting issues. It, too, remained closed last week.

One local was not so surprised to see the eviction notice at the North Redondo Neighborhood Grinds.

“That place has been having some issues lately, running out of things and the actual people working there would complain that they weren’t getting paid,” said Bud, a Gardena resident and loyal Neighborhood Grinds patron.

Equipment still filled both coffee shops last week. Bottles of coconut water and juices remained in the fridges, and menus of coffee, sandwiches and bakery items still hung on the walls.

“The last few times I saw the owner he looked tattered,” Bud said. “I don’t want to kick anyone while they’re down, and I hate to see a business like that fail. You’ve got to walk a mile in that guy’s shoes to understand, I guess.”