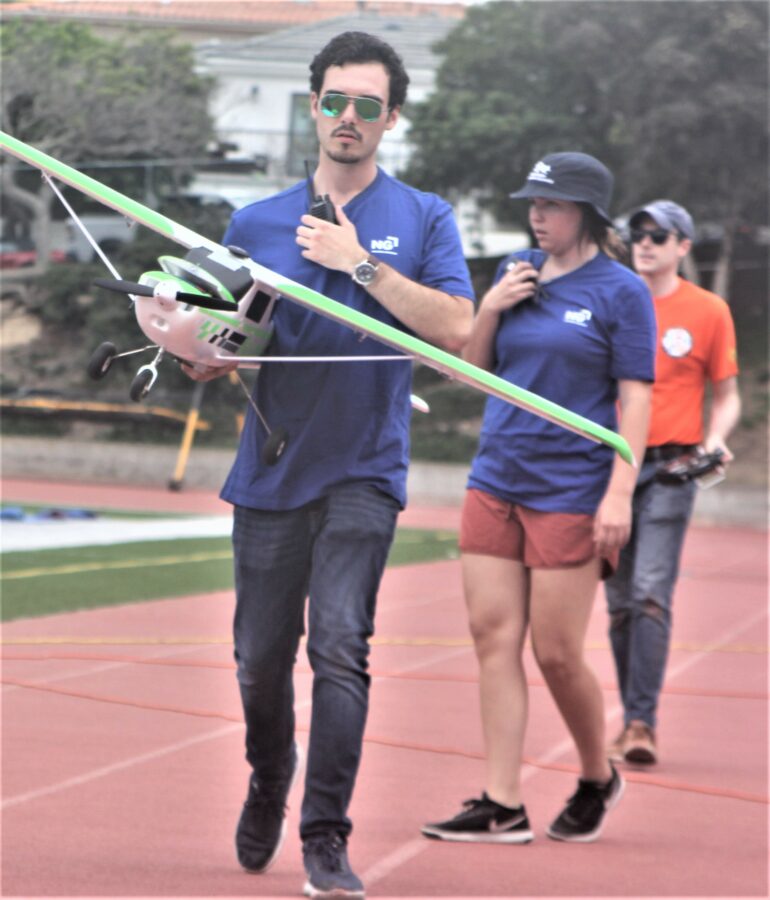 “Firebomber’s on the flight line.”

Voices sounded through walkie-talkies at the Mira Costa High School football stadium July 30. A couple seagulls flew by the field, which was covered in a blue map of the world for a Northrop Grumman summer internship program.

“Firebomber is taking off.”

A red-and-white remote-controlled plane bolted down the football sideline and flew high in the air.

It then made a pass over mock flames, pink dust trailing out the back.

“Hey, get that photographer off the line.”

The Saturday exercise showcased eight weeks of work by 13 Mira Costa High School students, along with college interns and mentors from Northrop Grumman.

“I was expecting a lot more chaos but our hard work paid off,” said Maia Rocha, of the morning’s display, a sophomore-to-be at Mira Costa.

Each of four teams, made up of 8-10 college interns and high school students, built or assembled a vehicle for a specific task.

The first was a quad-copter surveillance drone, then the firebomber plane for flame retardant, another quad-copter to drop firefighter supplies, and ground rovers that drove across the field to fight the inferno (with silly string). 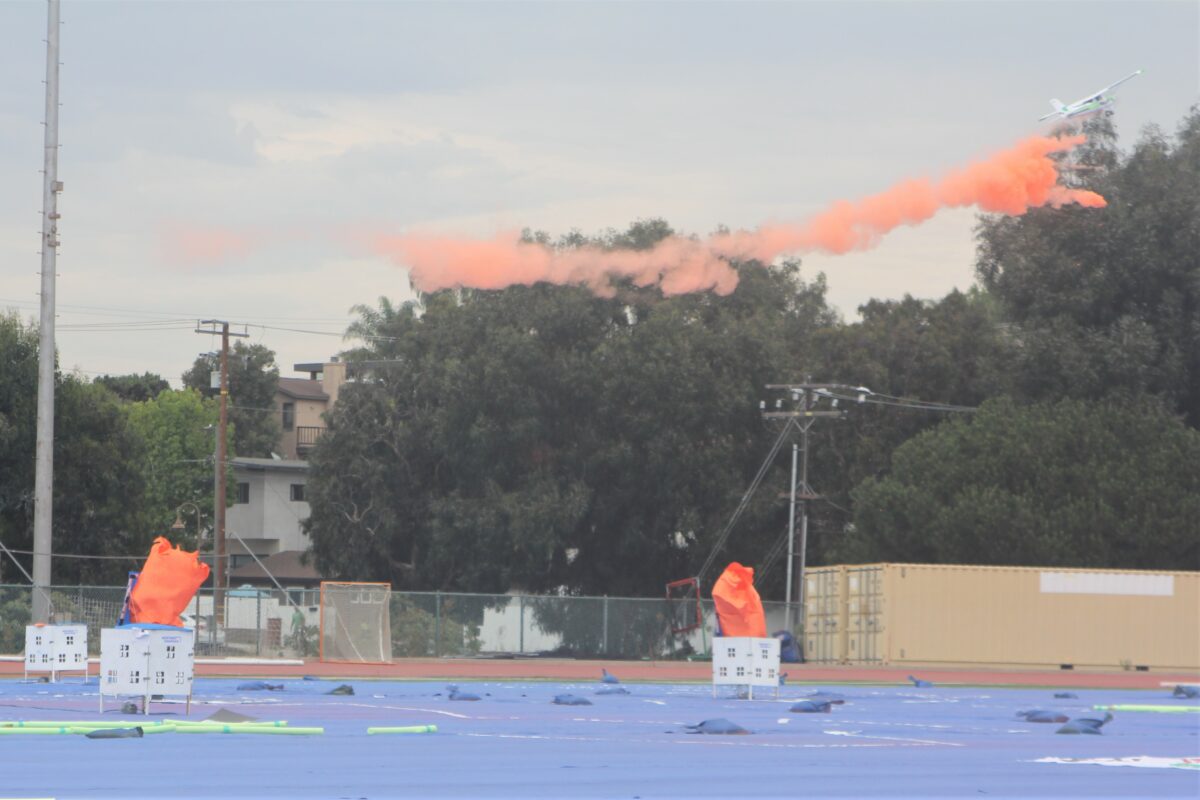 The surveillance drone used a camera in place of heat sensors.

The 2022 Global Summit Demonstration Day, previously held at El Camino College, was canceled the past two years because of the pandemic.

“This is the highest number we’ve ever had,” said Janet Dargan, parent volunteer.

In the days leading up to the culmination, two quad copters crashed in practice at the Mira Costa field.

In the end, the final demonstration was smooth, photography included.

“I think it went really well,” said Emma Coleman, a senior-to-be supply chain management major at University of Tennessee. “Everyone working with their teams to get the fires put out.” ER