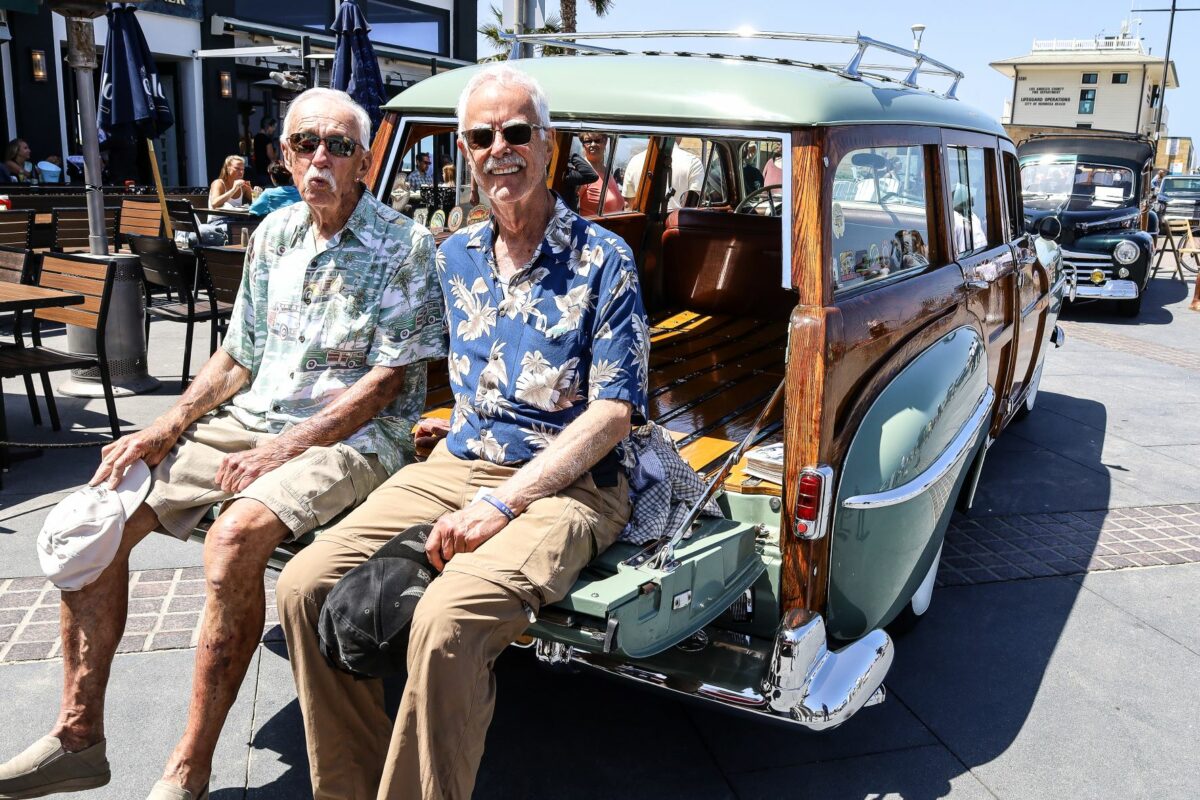 From the outside, Hermosa Beach Historical Museum isn’t the prettiest of the Beach Cities three historical museums. It’s located in the Community Center building, in what was the former Pier Avenue Junior High shower room. The pink girls shower stall featured in the 1975 horror film “Carrie” now houses rotating exhibits.

But the utilitarian space’s Happy Hours with History, and other programs have become so popular, under the leadership of executive director Jamie Erickson, and board president Greg McNally that (free) reservations are needed to avoid overcrowding.

January’s Happy Hour with History was an exhibit of local beach volleyball photos by the recently deceasedRobi Hutas. Photos too risque for general viewing were exhibited in “Carrie’s” shower stall, behind a red curtain.

In March, photographer Kevin Salk spoke to a packed museum about his book “Punk: Photos from a Fan’s Perspective.” During the evening, Black Flag singer Dez Cadena challenged the accuracy of a 1970s Easy Reader report that the band was driven out of town by the police following a riot at the old Baptist Church, where the band lived and performed. Cadena insisted the band had already made plans to move prior to the riot, which he blamed on Orange County fans.

The museum is home to the California Beach Volleyball collection, historic surfboards, the former 16th Street beach lifeguard tower, and Easy Reader’s photo archive, as well as thousands of mementos from Hermosa’s history. The museum society recently assumed responsibility for the 10 downtown building murals from the founding mural committee.

It is currently seeking accreditation by the American Alliance of Museums

Anyone interested in joining the Historical Society is invited to attend. Upcoming exhibits will be discussed. 3 p.m.