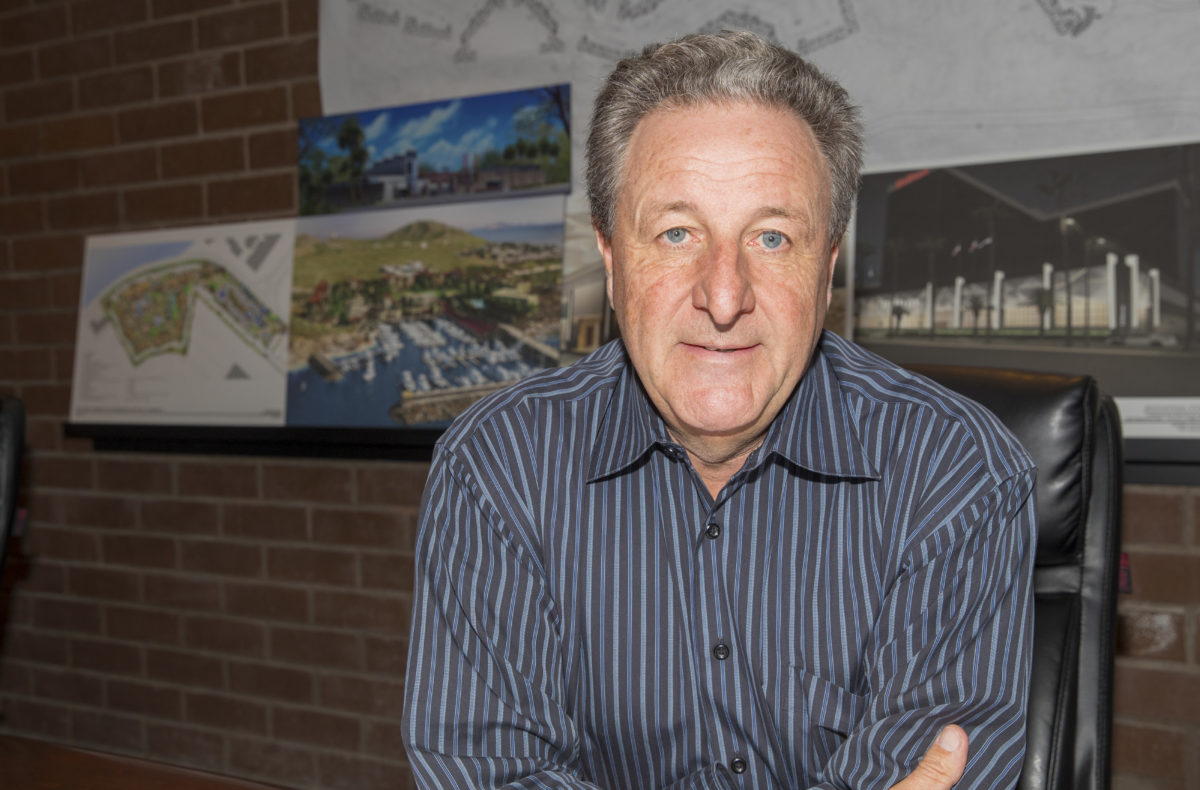 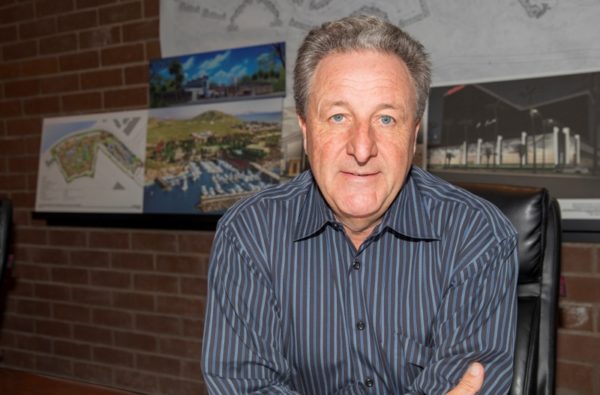 Torrance-based architects Houston/Tyner have built an impressive portfolio with the design of large-scale developments, such as luxury resort hotels and theme park attractions. But much of their more important work is little known, and done free of charge.

The beneficiaries of that work include the Richstone Family Center. The local provider of services for the prevention and treatment of child abuse, is undertaking a 6,000 square-foot expansion of its Hawthorne facilities. Houston/Tyner was instrumental in securing a $1 million grant for the expansion, and is undertaking its design.

Gary Houston, who is heading up his firm’s pro bono work for Richstone, will be honored by Richstone at its yearly gala on March 10. 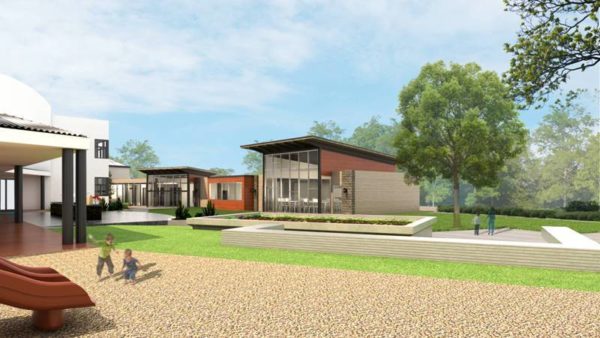 A lean, modern 6,000 square foot expansion of the Richstone Family Center was designed by architect Gary Houston of Houston/Tyner.

Roger Van Remmen, president and CEO of Richstone, praised Houston and the firm’s co-founder, Russel Tyner, for creating a “culture and chemistry that really stands as a testament to who they are.”

“We are honored to be partners with them,” Van Remmen said.

Houston was born in Scotland, and moved with his family to the Los Angeles area when he was 11 years old. He graduated from Cal Poly San Luis Obispo in 1983, and co-founded Houston/Tyner in 1988.

The partners moved into a former furniture store on Pacific Coast Hwy. in Torrance, created a large, open design studio within its two stories, and went on from there.

“We’ve been full tilt since 1990. Our clients are long-term clients who call us with projects. Fortunately, we have a great clientele,” Houston said.

“We’ve been at our current size for a long period of time,” he said. “We decided not to grow larger than this, in keeping with the principle of hands-on design and construction. If we grew larger, we would become administrator/architects, as opposed to hands-on design architects.

Houston serves as principal architect and CFO of the firm, and enjoys a reputation as an expert in code research, through his mastery of complex community, city, and state regulations, permits, codes and variances.

For the past 20 years, Houston/Tyner has designed luxury resort hotels, from Hawaii to Florida. Among the firm’s recent triumphs is a “rebranding” of the Marriott hotel Manhattan Beach, elevating it to the status of the hotelier’s “Autograph Collection” properties.

The site-wide redesign of the hotel – set to reopen under the new name Westdrift – was performed with the beach-community feel in mind, Houston said. The result is a “boutique hotel, but at a larger scale,” making use of natural materials such as driftwood for an “upscale coastal” appeal.

The firm also designs rides and other attractions for the Universal Studios theme parks, including those fashioned after the motion pictures “Transformers,” “Despicable Me” and “The Mummy.”

“Each attraction took two to four years to develop, utilizing a group of very talented contributors with a variety of engineering and artistic backgrounds,” Houston said.

Tyner said the most significant trends in architecture are being driven by technological advances. For instance, the lobbies of luxury hotels are now designed around automated check-in for guests, freeing up the hotel employees to perform more personalized, concierge-like duties.

And developments of all types are being built with more attention to the environment.

“Clients are more aware of that social responsibility,” calling for the use of permeable pavements, regionally sourced building materials and limited waste. Contractors are collecting wastewater and runoff, and recycling leftover materials.

“Clients are much more sophisticated than they used to be, and they are accepting that it costs more [to protect the environment]. That enlightenment is good for the community. It’s good for everybody,” Houston said.

Houston/Tyner’s involvement with nonprofit organizations goes back to near the time of its founding, when Tyner was providing pro bono architectural services for the Venice Family Clinic and serving on its board of directors.

A touchstone with Richstone

Richstone’s Van Remmen said the roots of Houston/Tyner’s involvement with his organization dates to back to when the daughters of Houston and his wife, Ginny Houston, were growing up. Ginny and the daughters – Shelby, now 25, and Courtney, now 27 and an architecture intern at Houston/Tyner’s San Francisco office – used to do volunteer work at Richstone.

More than a decade after the volunteer stints began, Gary Houston attended a Richstone event, got updated about the organization’s activities and, along with Tyner, pledged to perform Richstone’s architectural work.

Van Remmen and Houston began golfing together at Palos Verdes Golf Club. As they walked the links, Houston learned that Richstone was hoping to expand its facilities, adding more classrooms and therapy rooms to keep pace with the needs of the community.

Houston and his firm stepped in to to guide UC Berkeley architecture students who already were undertaking that task. Once the grant was secured, Houston/Tyner took on the rest of the architectural work.

“The good news for us, and the bad news for Gary, is that we were very successful with the grant,” Van Remmen said with a laugh. “He and Russell told us they would handle all the architectural needs we have, and help us build this 6,000 square-foot expansion.

“They saved us a tremendous amount of money, and they and their staff invested tremendous time and effort.”

Van Remmen said the architects “make sure everything is correct and on time, and they use a lot of creative thinking.”

“They are completely hands-on,” he said. “Last Friday Gary called me from the Hawthorne City Hall,where he was getting our building permits approved.”

On another recent day, Van Remmen looked in on the work being done by volunteers from JetBlue and Kaboom! to build a playground at the family center. A Houston/Tyner associate was working with the volunteers.

“One of their architects was out there throwing cement, helping build the playground,” Van Remmen said.

Another golf partner of Van Remmen and Houston is Chuck Stain of One10 Marketing. Stain is the Torrance Marketing company’s sales and operations manager. He is also being honored at the Richstone Gala for his help in organizing their special events.

“Chuck and his people invest so much time and energy. They are an incredible assets to our organization,” Van Remmen said.

The Richstone Family Center’s annual Affair of the Heart, themed a “Moonlight Masquerade Gala,” will be March 10 at Audi Pacific in Torrance. For more see www.RichstoneFamily.org.