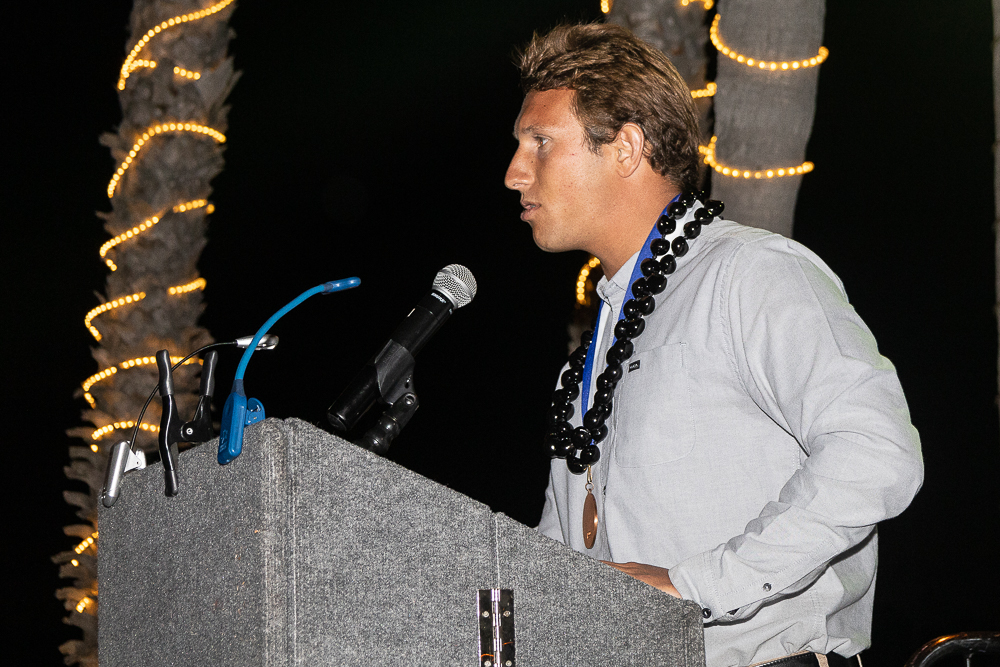 Pro surfers Josh Moniz, and Mason Ho, of Hawaii; and Reo Inaba, of Japan were surfing Supertubos in Peniche, Portugal last winter, on October 7, when Moniz and Ho began paddling for what looked like a perfect wave.

“I started paddling over, but then I saw Josh was in position. I was like, ‘Man, he’s gonna score the wave of the day,” Ho recalled in a Stab magazine article titled, “The real story of Josh Moniz’s back-breaking fall at Supertubos, and how Mason Ho and Reo Inaba saved his life.”

Moniz was thinking the same thing about the wave that nearly took his life.

“I was actually kind of laughing when I was paddling in…That place is super tricky to be in the right spot, and this wave came straight to me,” Muniz told Stab.

The wave closed out, piledriving Moniz into the sand. Moniz called for help. Ho and Inaba, and other nearby surfers raced to his rescue. There were no lifeguards on duty.

Ho yelled out, “Does anyone know the C thing?”

“I knew there was this thing where you brace a person’s neck to keep them stable and safe in the case of a spinal injury,” Ho explained to Stab.

Among the other surfers was Los Angeles County Lifeguard Nick Wapner.

Moniz had fractured one neck vertebrae and ruptured another. But last week, less than a year after the accident, he was competing again on the pro circuit. He credits Wapner with saving his life. 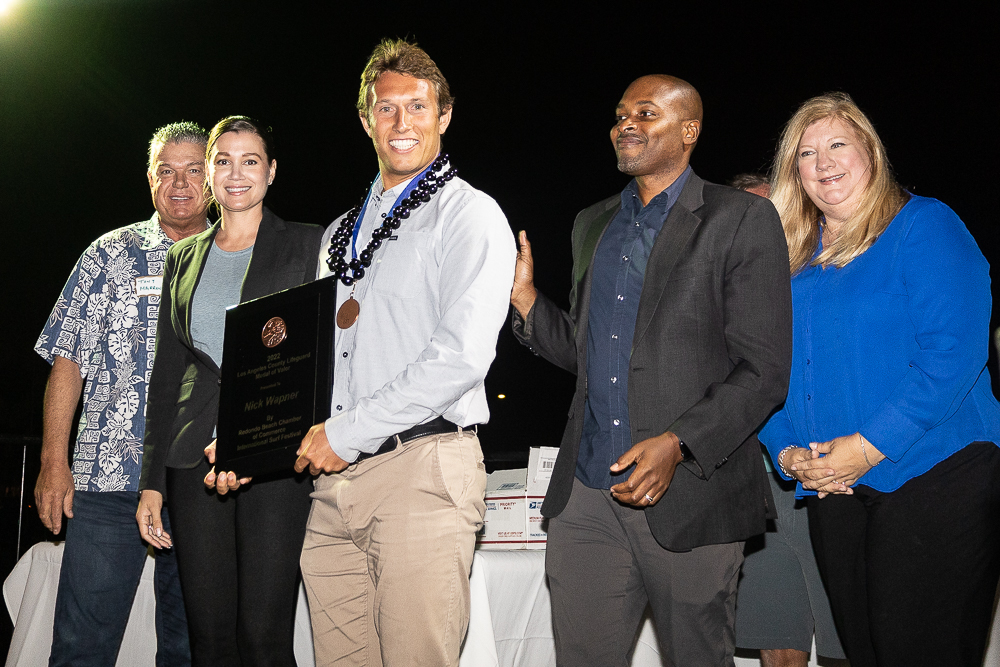 Wednesday night, the Los Angeles County Lifeguard Association also recognized Wapner for the rescue by awarding him the Medal of Valor at its annual Medal of Valor dinner, at the King Harbor Yacht Club.

Wapner became a lifeguard in 2018. He spent last summer lifeguarding in El Porto, and then took a surf trip to Europe.

Wapner describes it as a “thumping shorebreak” in a video reenactment of Moniz’s rescue, shown at the Medal of Valor dinner.

“If you eat it on a drop, and you try to kick out, or you get sucked over the falls, nine out of 10 times you’re getting slammed into the bottom,” he says in the video.

“I got a couple of good waves and took a couple of beatings. And then I saw a bunch of pros paddle out.”

“I actually was sitting right next to Moniz, and we both paddled for the wave. He was a little bit deeper than me, so I pulled out and I watched him go.”

“I was like, ‘Oh my God, he just got the best way of the day.’ An eight-foot, thick right. I was looking over my shoulder trying to see if he popped up, or came out the end of it. And then I saw his board floating in the impact zone, and I see him come up, but he’s floating face down. He’s probably 20 to 30 yards away from me in the impact zone. I see him trying to take a stroke, a really weak stroke with his left arm, and he barely gets his head out of the water. He was yelling, ‘Help, help me.’”

“A couple weeks earlier, I had helped pull an unconscious victim out of the water in El Porto. I had taken my rescue can off so I didn’t get hit in the head with it. So before I even got over to Moniz, I took my leash off, and pushed my board away. Then I swam in underneath them. He was saying his neck hurt, so I immediately got inline stabilization going. We were getting battered by waves. We took four or five waves on the head, and just got rolled.

“Finally we got him up on the beach, and took him to the top of the berm. I made sure to hold him in stabilization. He was feeling pins and needles. I told him, ‘Don’t move your head. Just say yes or no.’”

Moniz was flown by helicopter to a Lisbon hospital. Several days later a doctor flew over from California, and operated on his neck.

In accepting the award, Wapner said the lifeguards are “full of people” who would have done what he did.

“I was not expecting anything in return. We put ourselves at risk to help other people. It’s in our job description,” he said.

The Los Angeles County Lifeguard Championships will be held Friday night at 7 p.m. at the Hermosa Beach Pier, presented by the STEM International Surf Festival. Events will include a lifeguard rescue demonstration, and the Bud Stevenson Intercrew Medley Relay.

The Southern California Lifeguard Championships will be held Saturday night, at 7 p.m. at the Hermosa Beach Pier. Events will include the Lifeguard Taplin (a three-mile medley relay), the Junior Lifeguard Taplin, The Chris Linkletter Women’s Surf Relay, and Lifeguard Beach Flags.