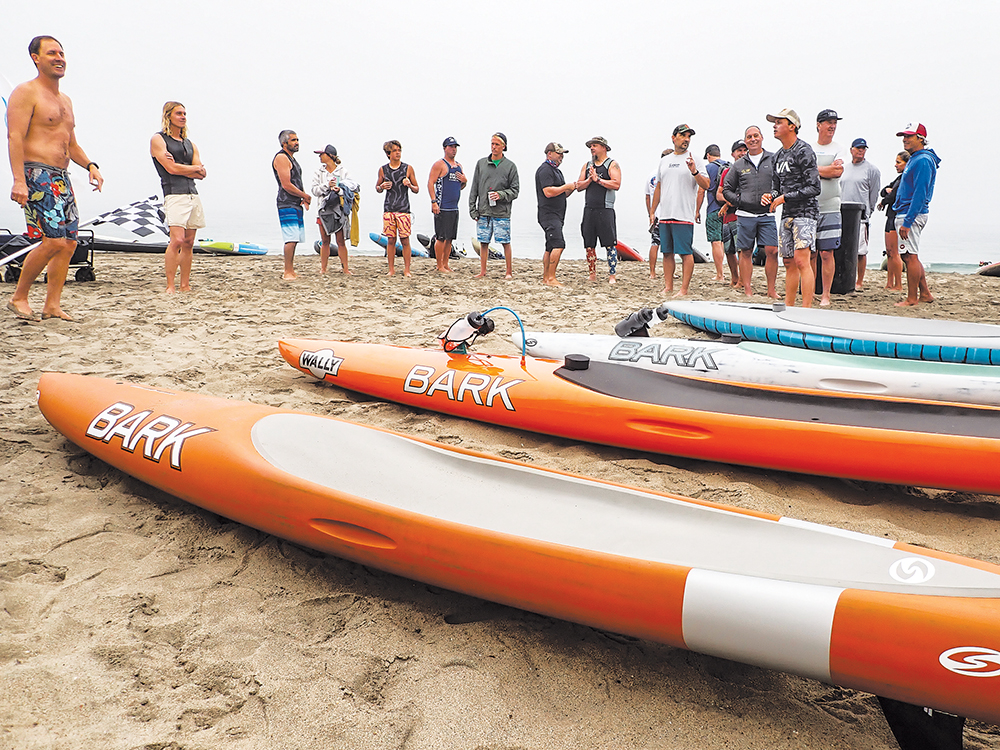 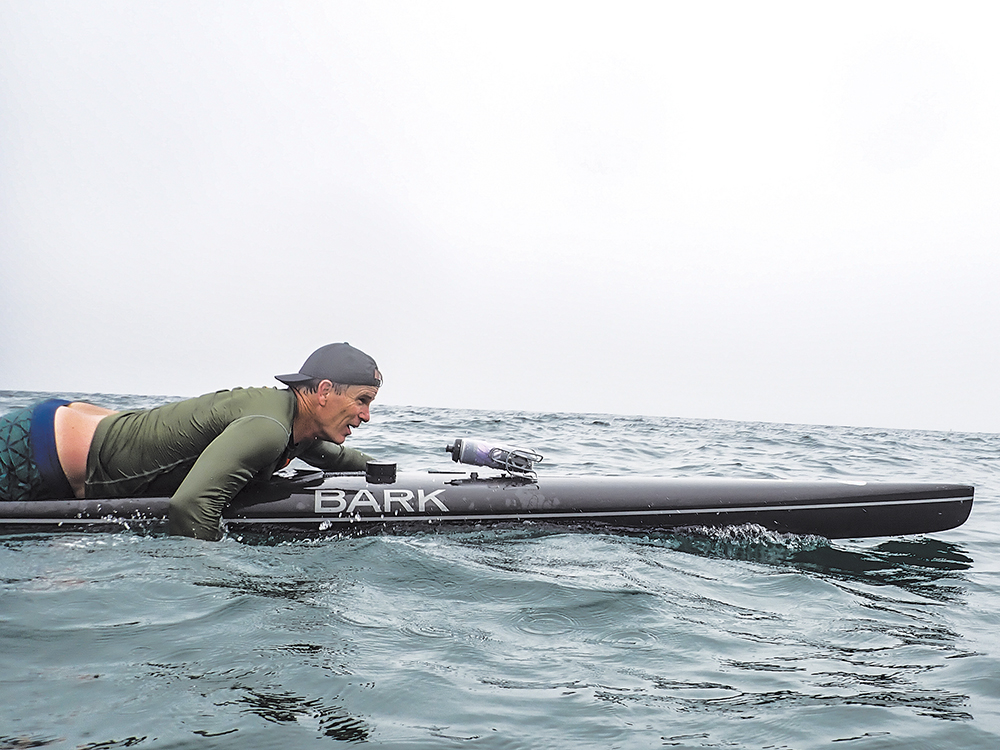 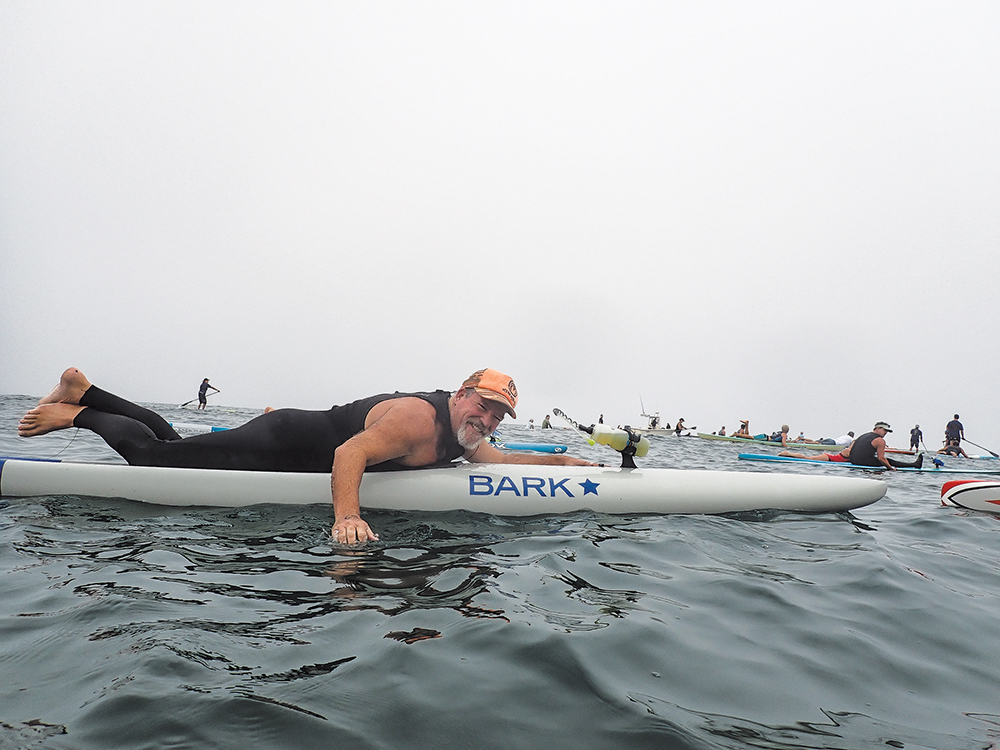 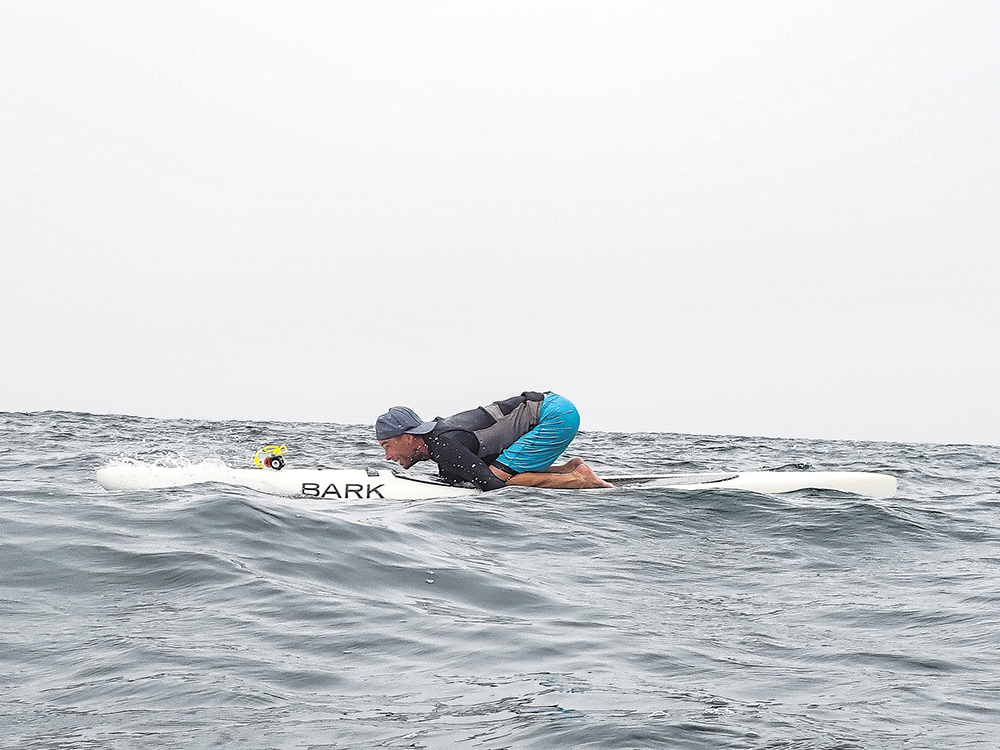 Geoff Page tied for first in the stock division, on a borrowed board. 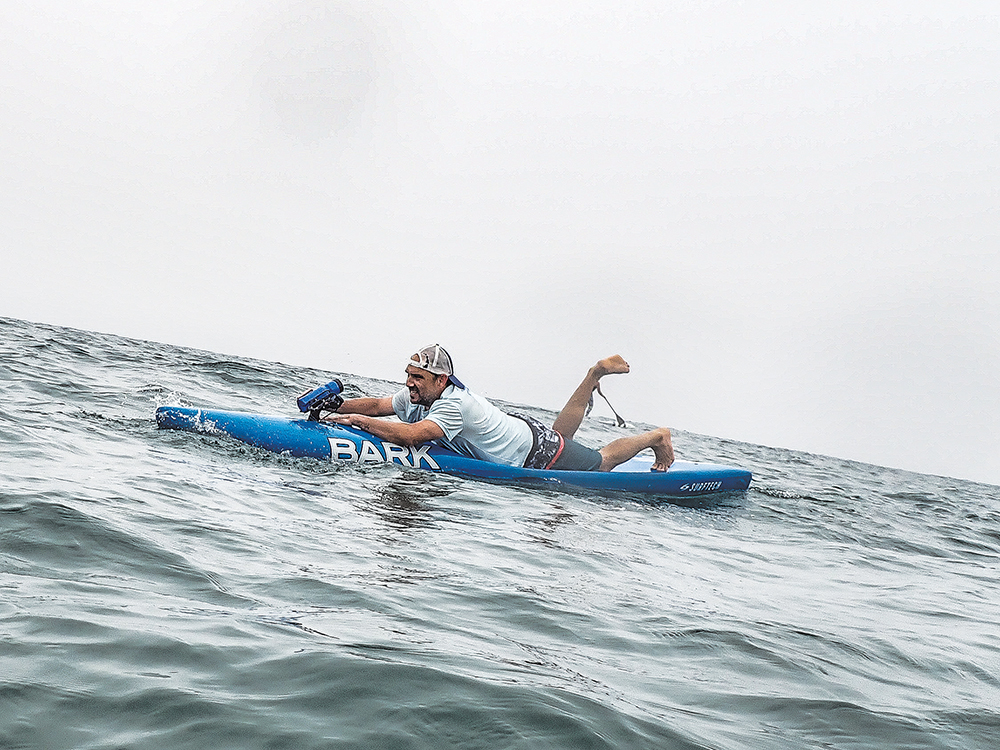 Chris Aguilar in front of instead of behind the camera. 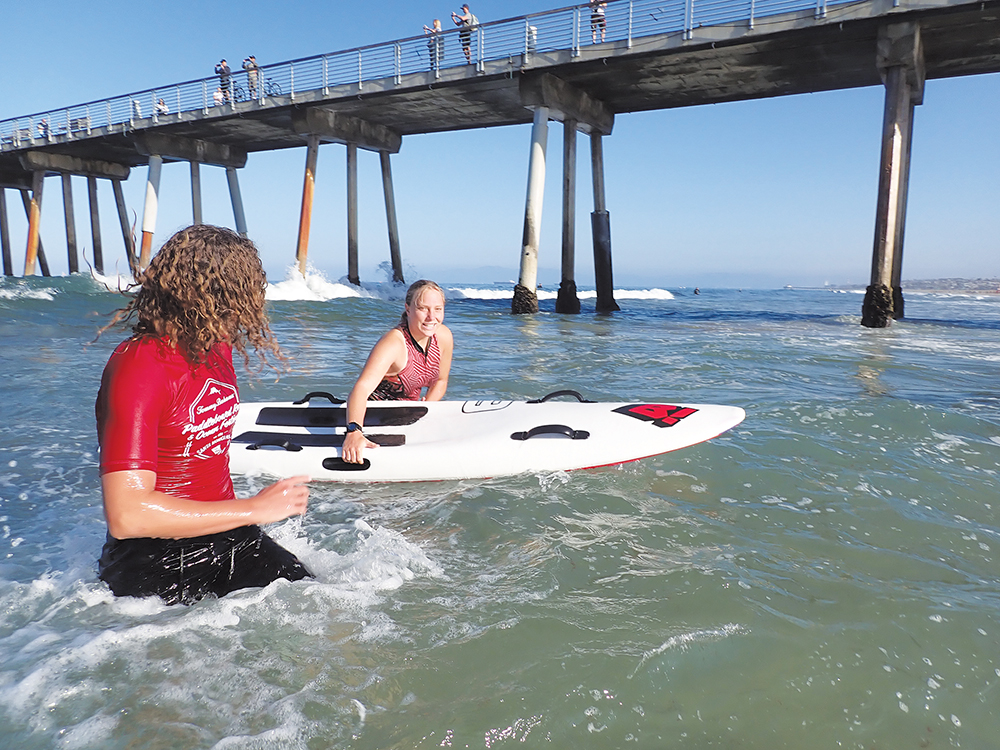 Cassia Cole, 14, won the women’s division and then helped catch boards at the finish. 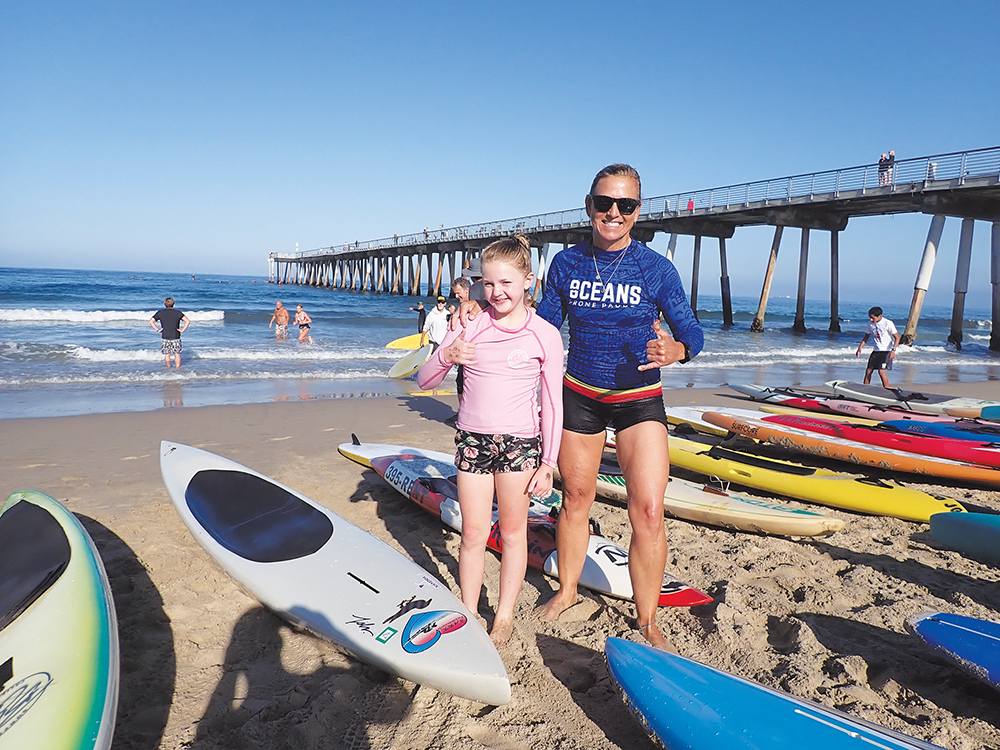 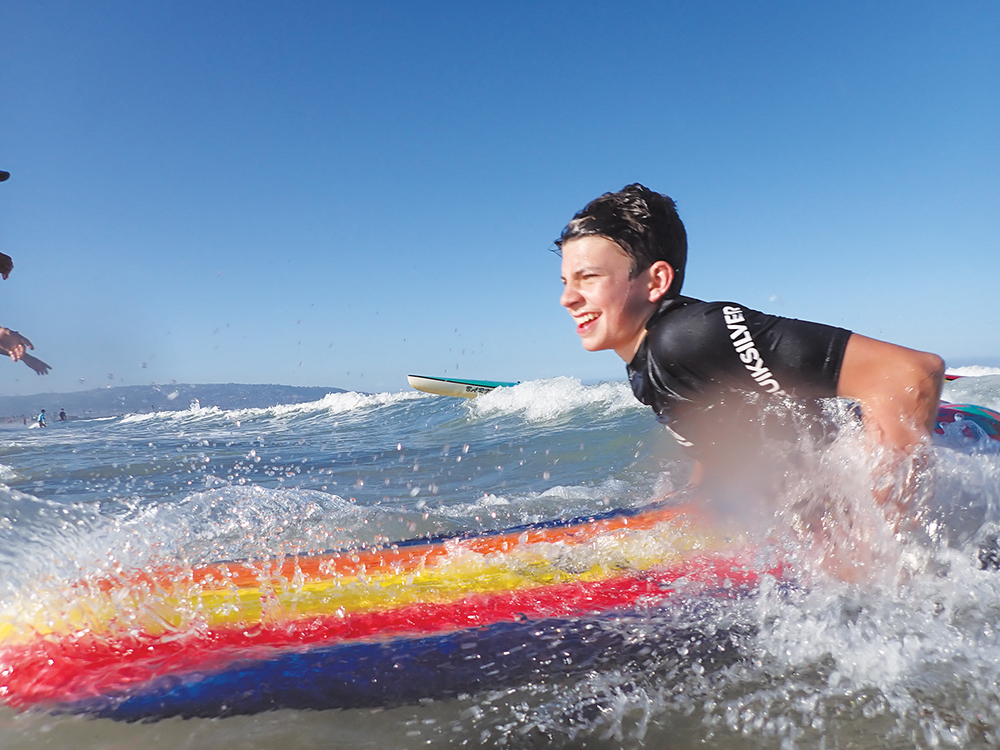 An unidentified paddler rides to shore at the Hermosa Beach pier. 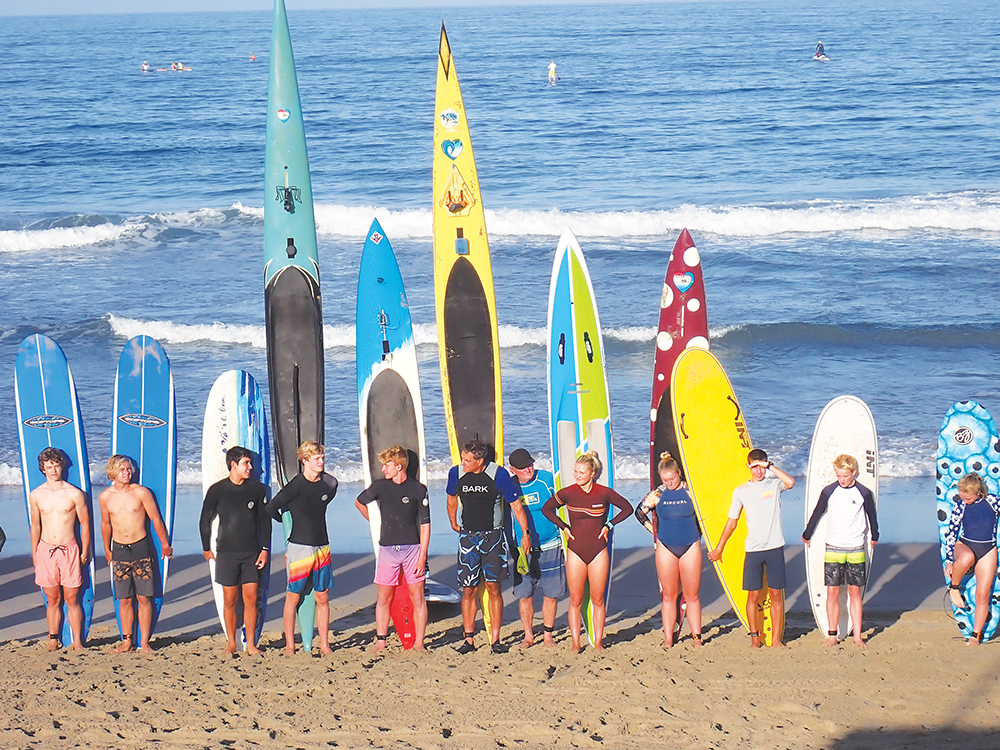 Nearly 150 paddlers lined up at the Manhattan Beach pier for the Velzy Stevens Paddleboard race on Sunday morning. Photos by Kevin Cody

The International Surf Festival’s two paddleboard races were held just a few miles apart, but conditions were as different as night and day. The R10 race course traditionally goes out to sea four miles, from Torrance Beach to the R10 b

uoy, and back to the beach. But Saturday morning, the wind was up, and the fog was so thick that paddlers without GPSs would never have found the R10. Rather than risk losing paddlers, race director Kyle Daniels changed the course to hug the coastline, to King Harbor, and back to Torrance Beach.

Sunday morning, for the start of the Velzy/Stevens Pier to Pier race, at the Manhattan Pier, the wind was down and the sun was up, making for a fun, fast race.

Scott Clausen, of San Diego finished first in the R10, followed by Max First, of Manhattan Beach. The matchup was viewed as a prelude to their matchup in Catalina Classic on Sunday August 29.