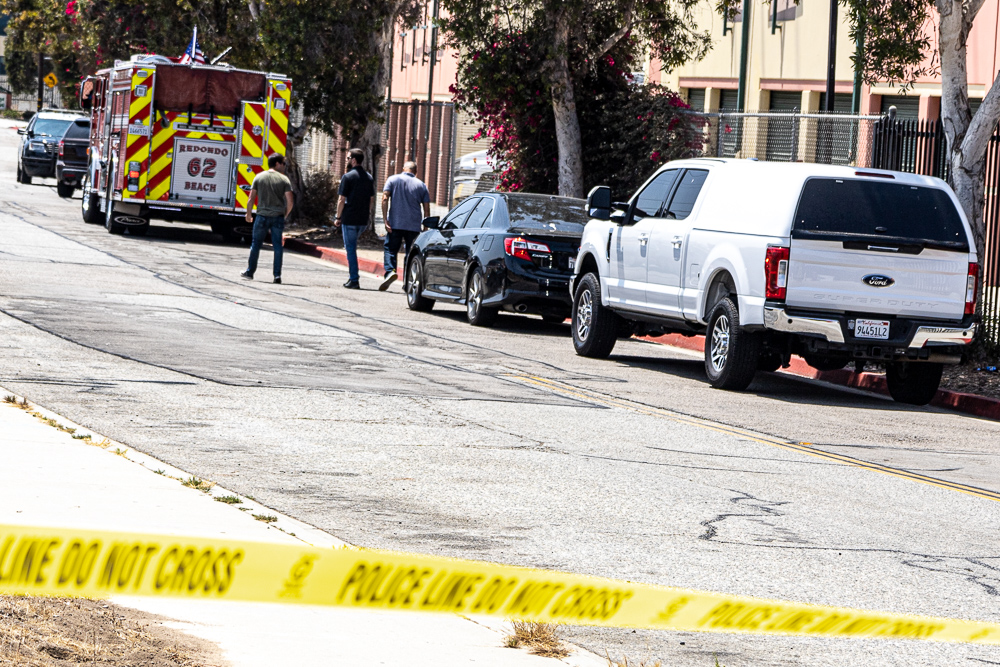 A man arrested Saturday afternoon by Redondo Beach Police, on charges of attempted murder, arson and possession of improvised explosive devices, was sentenced in 2013 to eight years in prison for possession of eight pipe bombs. Robert Colt Olson following his arrest on Saturday on charges of attempted murder, illegal possession of explosives and arson. Photo by courtesy of RBPD Robert Colt Wilson in Los Angeles County Superior Court in 2013, when he pled no contest to illegal possession of explosives and was sentenced to eight years in prison. Photo courtesy of KTLA

Wilson was arrested on similar charges, in May 2013, following a traffic stop in Marina Del Rey. Los Angeles police found a pipe bomb, a loaded gun and drugs in his car. During a subsequent search of his West Los Angeles apartment police found 17 more pipe bombs, leading the Los Angeles County Sheriff’s Bomb Squad Unit to order the neighborhood evacuated, according to a May 17, 2013, LA Weekly story by reporter Dennis Romero.

In an Oct. 9, 2013 follow-up article, the Los Angeles Times reported Wilson pled no contest to illegal possession of explosives and a gun. “Police described him as a ‘lone wolf,’ who was intrigued by explosives, but said he had no connection with terrorist acts or groups,” the Times reported.

Wilson’s arrest on Saturday followed a fire he allegedly started at the home of an acquaintance in the 200 block of Torrance Boulevard, in Redondo Beach.

Police and fire were called to the residence shortly after midnight, Saturday morning.

“I heard large explosions. It sounded like fireworks. But then I saw so many police cars flying down the street,” neighbor Sheri Carrier told CBS reporter Hemara Aregali.

Occupants of the residence were safely evacuated and the fire was quickly extinguished. Neighboring residences were not damaged. But while investigating the cause of the fire, Redondo police discovered “improvised explosives” and called the Los Angeles County Sheriff’s Department Bomb Squad Unit for assistance in defusing them, according to Redondo Police Sergeant Mark Valdivia.

Investigation of the fire also prompted police to obtain search warrants for storage units at a nearby public storage facility on Francesca Avenue, and for an apartment building  in Rolling Hills Estates. Police have not disclosed the results of those searches.