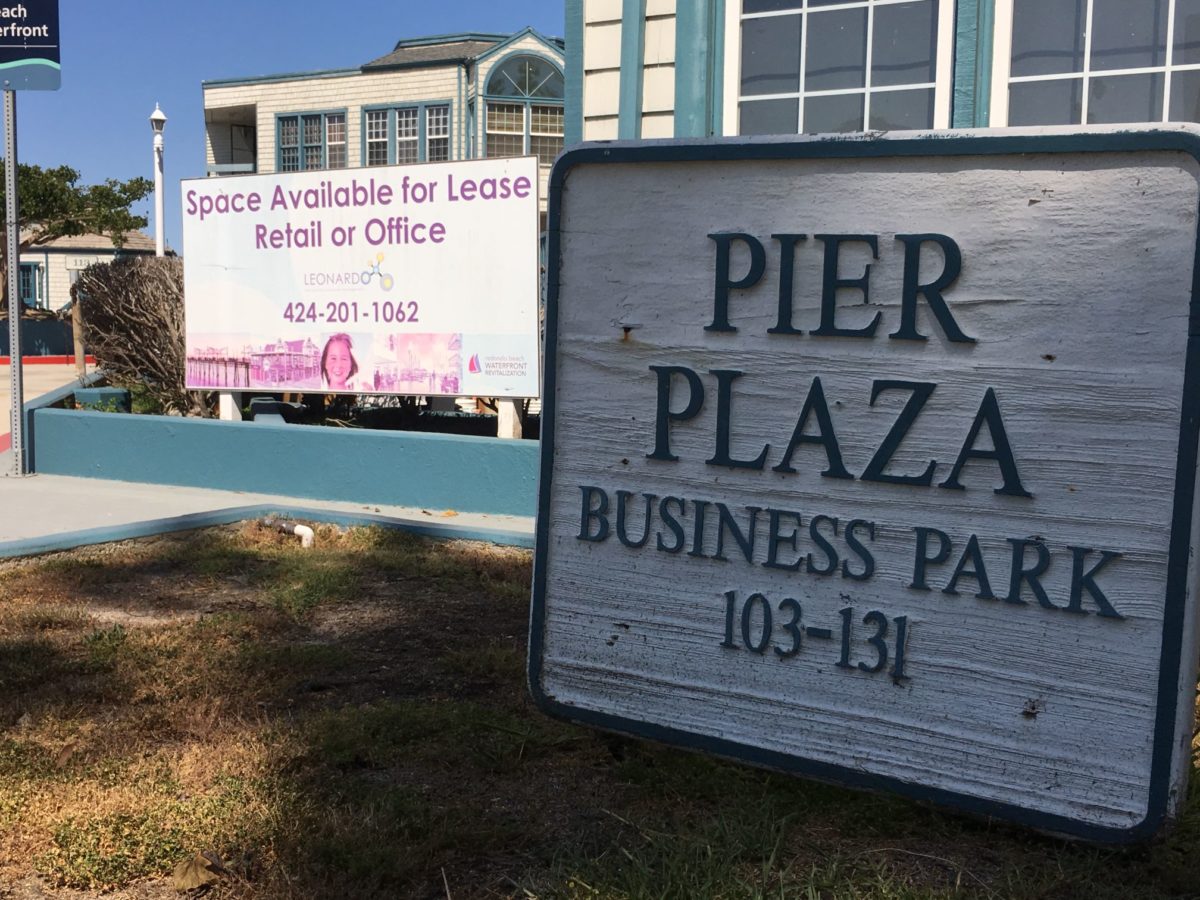 For more than a year, the City of Redondo Beach has held off on issuing new, or modifying, leases at Pier Plaza. Photo by David Mendez

For more than a year, the City of Redondo Beach has declined to set new leases at its Pier Plaza office complex with a “leasing freeze” policy preventing the city from creating new leases or modifying existing ones, lest the City risk further liability in an ongoing dispute with an erstwhile development partner.

But as of Tuesday night, Redondo appears to have changed its tune, at least slightly, to retain a locally-grown tech company. An agreement, approved at the Aug. 6 Redondo Beach City Council meeting, allows two existing leases to expire, while altering a third to give the company in question a new home at the pier and increasing the rent the company is paying for the space.

Technically, the action is described as an “amendment” of a 2015 agreement between the City and Evollve, Inc., a tech company that produces educational hardware and software. Evollve’s Ozobot product has been acclaimed for the intuitive manner in which it teaches children a simple language that programs a robot to perform tasks.

Evollve established its original lease with Redondo Beach at Pier Plaza in 2014, and expanded to take on three additional office units with two agreements in 2015 and 2016.

Accordingly, the City and Evollve will jointly terminate the 2014 and 2016 agreements. The 2015 agreement will not have its length altered — it will still expire in March 2020. But, according to state statute, the lease can continue on a month-to-month basis with the consent of both parties, and can be terminated with at least 30 days notice.

Redondo will also provide Evollve a $90,000 “leasehold improvement allowance” for renovation and repainting of exterior fixtures and common areas.

“We knew that this can happen, but the city and the management company worked with us, gave us more lead time and they tried every possible thing to see if we’d be able to stay at the pier,” Chamber CEO Dominik Knoll said in an interview. “But since that was not an option, we had to look for a new home.”

The Chamber has announced that it will be moving to Riviera Village, into the Plaza Riviera building at the corner of Avenue I and Catalina Avenue.

“We’re very excited to move to the Riviera Village…it’s a great place, it’s got parking, it’s easily accessible and it has many of the things that we needed,” Knoll said, adding that the Chamber will continue to hold meetings and events across Redondo Beach.

The question remains, how does this amendment plan fit alongside the City’s cautious “lease-freeze” pause on transactions, and as such, does it expose the city to legal liability?

In November 2017, Redondo Beach severed an Agreement for Lease of Property and Infrastructure Financing that would have given Redondo Beach Waterfront, LLC (a subsidiary of the City’s former development partner, CenterCal Properties) control over a set of pier-area leases, including those of Pier Plaza. RBWLLC responded with a lawsuit, seeking to maintain its hold on the properties. In the years since, the City has enacted its lease-freeze policy while the estranged parties hashed things out in litigation. CenterCal CEO Fred Bruning declined comment via email.

“The last time the City entered into a license, CenterCal filed a lawsuit against the city,” said Redondo Beach City Attorney Michael Webb, acknowledging the City’s cautious nature following Redondo’s agreement with the BeachLife Festival. “This is an amendment to an existing tenant’s agreement that doesn’t extend the term” and shrinks the overall lease square-footage.

On Twitter, Councilwoman Laura Emdee said that the City felt comfortable with the action because “it’s an amendment, not a new lease.”

“Unfortunately, the Chamber had to leave because we couldn’t create a new lease for them to have a new location,” Emdee added.

In an email, Redondo Beach’s Waterfront and Economic Development Director Stephen Proud said “the amendment allows us to keep a homegrown tenant in Redondo Beach that pays significant rent to the City and provides highly skilled jobs to the community.”