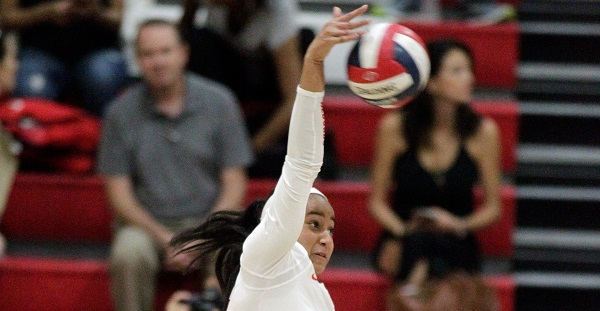 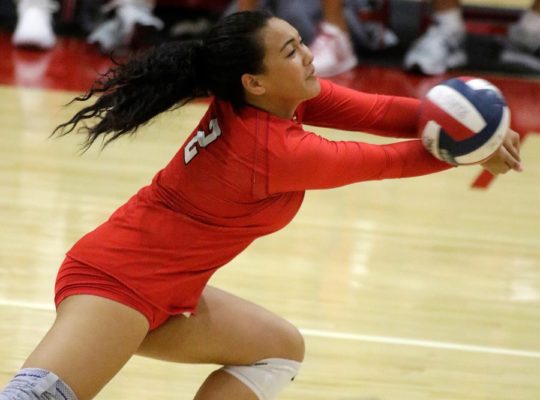 With the girls volleyball season beginning with tournaments and matches against tough non-league opponents, Redondo is off to a quick start capturing the Lakewood Tournament with an undefeated record.

This season, Redondo (7-0) is experienced with depth and high skills sets moving up to be ranked No. 11 in the country according to prepvolleyball.com.

“We return 14 players from last year’s team, so they have a great understanding of our team culture of compete and have fun, all within the team concept,” coach Tommy Chaffins said. “Our returners are really good and we also got an unexpected boost with (junior) Laila Ricks coming from Virginia. Laila can touch 10-5 and is a top 100 player in her class. She can physically dominate a match at the net with her attack/block.”

Iosia has committed to the University of Texas and was MVP for the Sea Hawks as a sophomore last season.

“I think she has the best college serve in the game, as a high school junior,” Chaffins commented.

Miner made the USA Junior Youth National Team that is currently playing a tournament in Honduras. She will play at a top 5 college and has her sights on being an Olympic setter. Miner can touch 10-2, has a tremendous touch on the ball and is also a premier attacker.

Davis, a starter on Redondo’s state title basketball team has been all-league in volleyball her last two years. The athletic Davis inspires her teammates with her competitiveness.

Sophomore outside hitter Ava Kirunchyk committed to USC sand volleyball a few weeks ago.  Ava started over 40% of the matches last season as a freshman. With a wide array of shots and top-notch ball control.

Senior opposite Jylen Whitten, a powerful attacker, hit over .400% in the semifinals and finals of the Lakewood tournament while fellow senior Alexis Seeley is in her third year on varsity and hits a heavy ball from her opposite position.

Senior Emily Mitter has committed to Campbell University in North Carolina and is playing her third season on the varsity team. Playing right-back defense, Mitter replaced Miner during the final four matches of the Lakewood tourney.

The future looks bright for the Sea Hawks with numerous talented underclassmen.

Sophomore Jesse Szymanski is a 6-foot-3 middle blocker who is strong force in the middle.

Redondo’s strong junior class also features Jody Smith, a middle blocker who returns from Europe this week, Lauren Osborne, an outside and opposite hitter who started over 50% of the matches her freshman year and has committed to Cal State Los Angeles, and defensive specialist Toni Felix who has a troublesome serve and plays back-row defense.

Last year, the Sea Hawks finished second to Assumption of Kentucky win what Chaffins describes as “the toughest tournament in the country by far.”

In October, Redondo hosts the Power Classic which has been elevated this year with the addition of Archbishop Mitty, of San Jose. The winningest high school girls volleyball program in the state, Mitty as won the California Open Division State title the last two years.

Chaffins is prepared for another tough battle for the Bay League title when Redondo opens on the road at Leuzinger Sept. 13.

“Our league is always one of the top leagues because where we live and the number of highly skilled volleyball players in a short radius,” Chaffins said. “I expect tough battles against Palos Verdes and Peninsula up on the hill, and of course our rival Mira Costa. I know Cam Green will always get the maximum production out of the Mustangs. Both schools put a circle around those dates (Sept. 26 and Oct. 10) and this year is no different. It’s always the match of the year in the South Bay because there isn’t a kid on the court who doesn’t go on to play major college indoor or sand volleyball. No other high school game gives you that.”