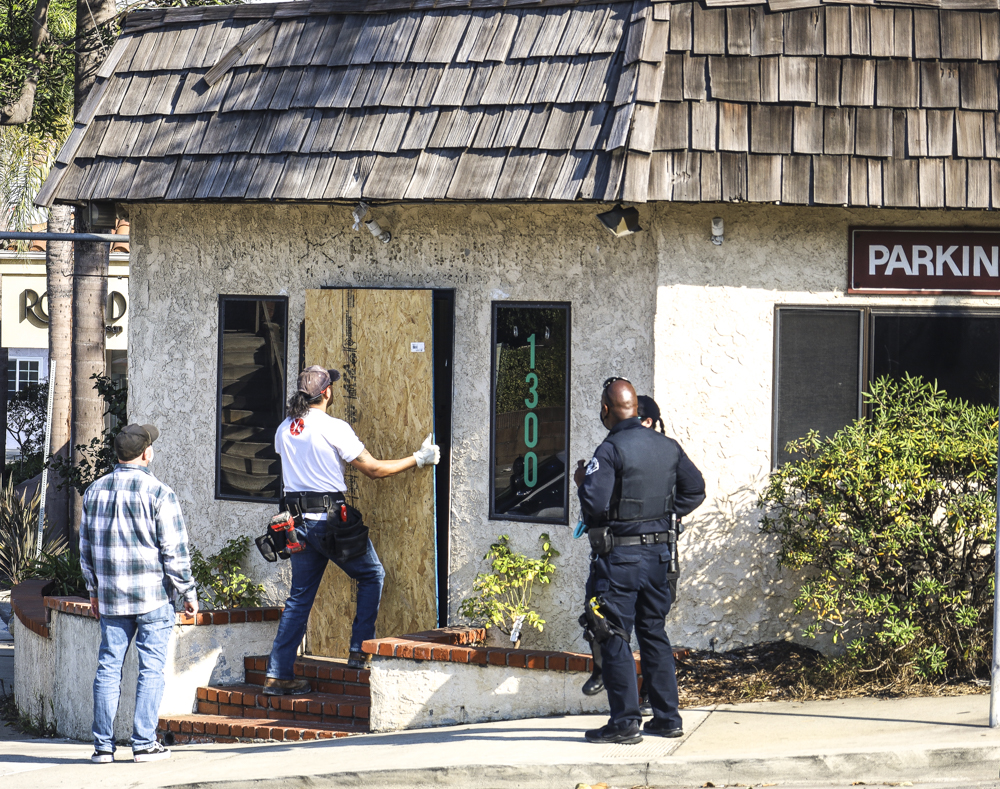 Redondo Police Make sure the the Pacific Cannabis Church, doesn't reopen, as it did after being raided last month. Photo

Redondo Police make sure the the Pacific Cannabis Church, doesn’t reopen, as it did after being raided last month. Photo

Redondo Beach police raided a recalcitrant Pacific Cannabis Church for the second time in a month, breaking down the door at 1300 Aviation Blvd. Thursday to gain entry and then boarding up the establishment.

“We were just finishing up the job,” Sgt. Mark Valdivia said. One person, an employee, was cited by officers at the scene.

Valdivia said agents for the state’s Bureau of Cannabis Control were present at the raid as “advisors” to observe the shuttering of what was described as “an unlicensed, commercial cannabis retailer.” 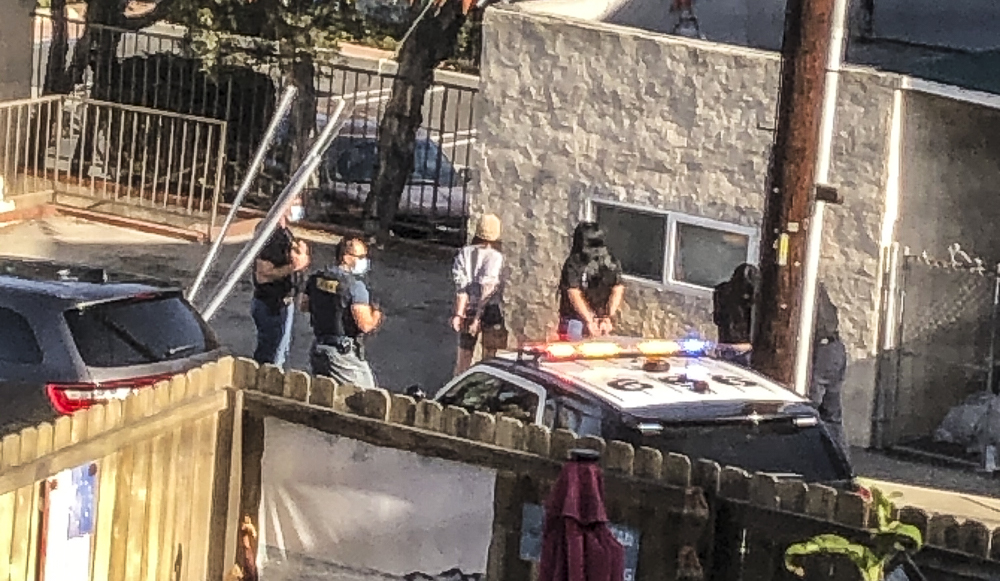 Neighbors have been asking the City of Redondo to close the unlicensed cannabis shop for over a year.

The store-front operation attracted quick attention from neighbors, primarily because such establishments are not legal in Redondo Beach. But the city was slow in responding, some neighbors alleged. One neighbor asserted complaints had been lodged with the city “a year ago or more.”

The store was closed following a police raid on Nov. 12 but its owner promptly reopened it. This time, police ordered  a plywood sheet nailed over the front door.

That’s been the problem all along, said the city’s Quality of Life Prosecutor Joy Abaquin recently. Faced with myriad legal hurdles, the pot store just keeps reopening. Its owner calls it a “church” and that complicates issues, Abaquin explained.