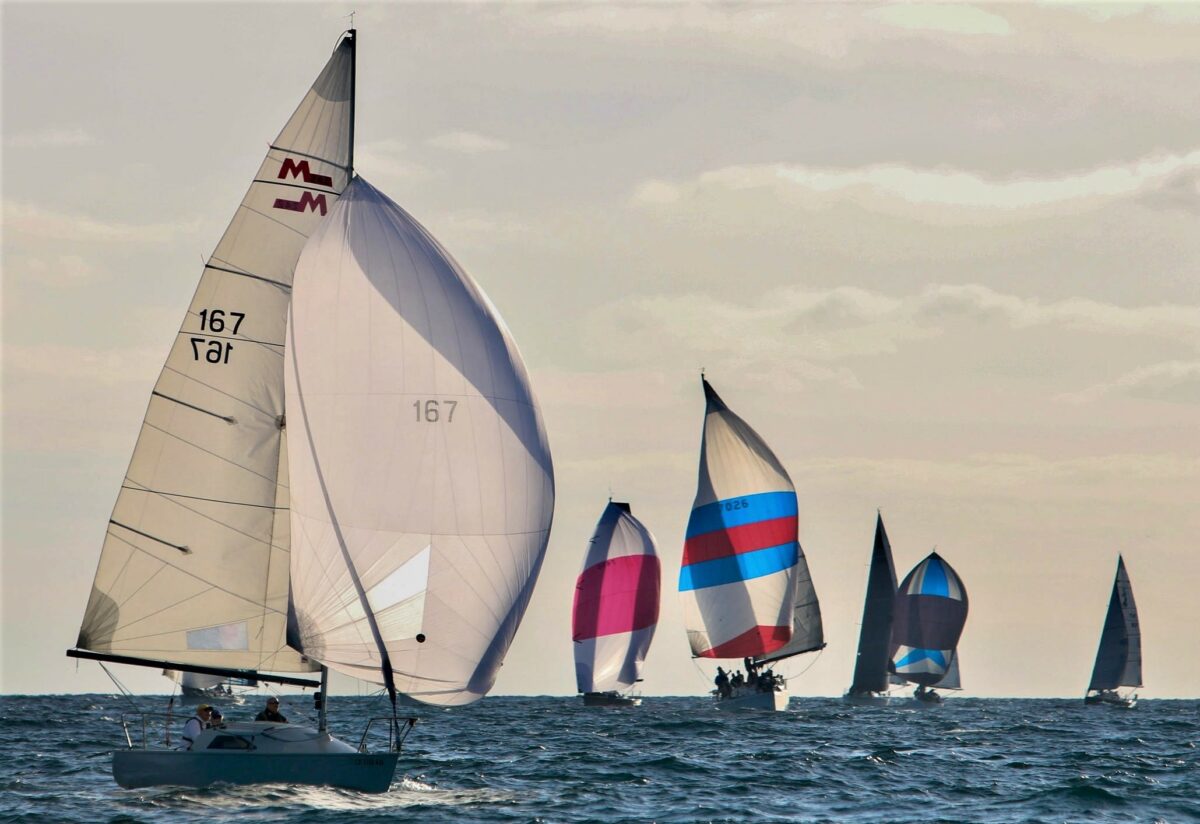 Twilight Racing gets underway earlier in June a mile off of King Harbor. Photo by James Lee

That is sailboat racing, according to Denny Browne, King Harbor Yacht Club member and current fifth-place skipper in the summer Twilight Racing Series.

On Thursday evenings from April to September, five classes of sailboats – from 20 feet to 40 feet – each with a skipper and crew, compete on a four-mile course, depending on conditions.

Using eight sequential buoys, the course a mile offshore may be shorter on a day of less wind.

So far, 43 boats have entered a race this year, most stationed at King Harbor.

The race series – divided into two halves – runs a first segment through June 30, and the second July 2-September 22.

Spectators can watch from The Redondo Beach Pier to see the finish, or from the south end of Hermosa Beach (or inside the Chart House) to catch the start.

Individual race winners receive a King Harbor Yacht Club tumbler glass. At the end of the season, the overall winning skipper gets their name etched on the trophy in the case inside the club.

Current leaders for the five classes as of June 14 are below. (The boat name follows the skipper’s name).