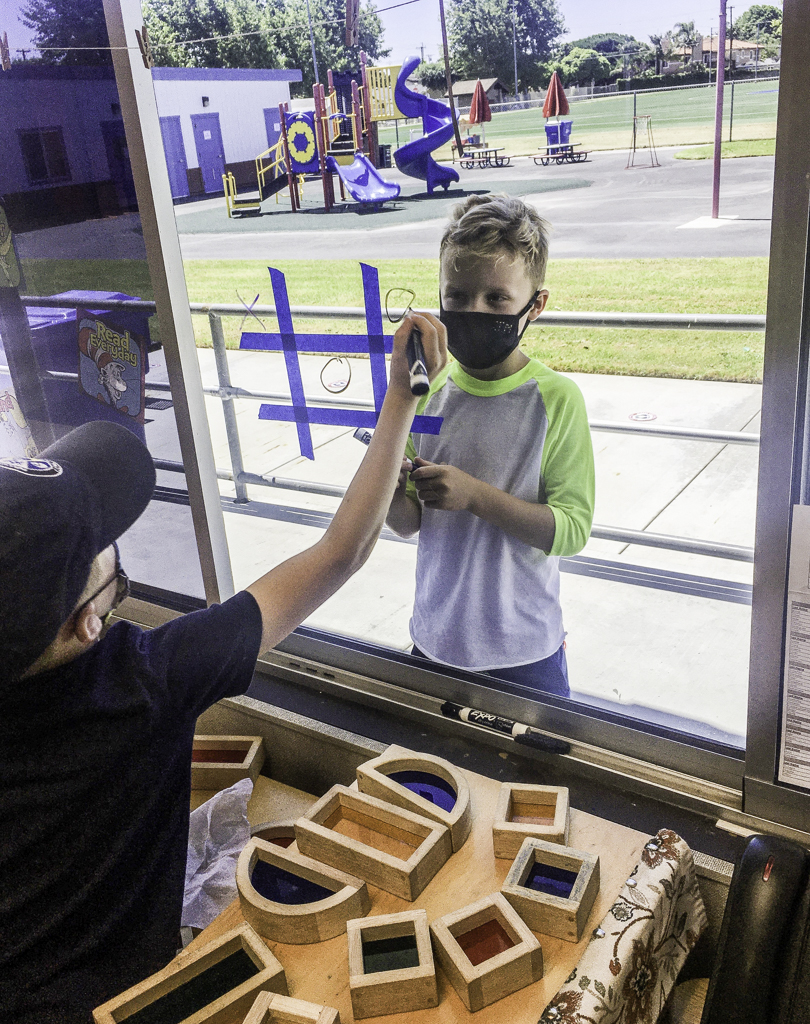 The Redondo Beach Unified School District intends to get students in transitional kindergarten and kindergarten back into classrooms on Dec. 14, a week before the winter break.

On Tuesday, Nov. 24, the district received notice that its application for a Transition Kindergarten through Second Grade (TK-2) waiver, which covers all of the district’s eight elementary schools, was approved by the Los Angeles County Department of Public Health (LACDPH). The Manhattan Beach Unified School District received a waiver on Nov. 5. Hermosa Beach has applied for a waiver, but has not received a response from the County Health Department.

The TK-2 waiver is a response to the county’s recognition that a district’s most vulnerable students, defined as those “whose needs cannot be met through a virtual instructional program or platform,” need in-person instruction. According to the guidelines, in order to keep numbers low and accommodate social-distancing measures, up to 25 percent of a school’s student population can be categorized as vulnerable.

So far, the Redondo Beach Unified School District (RBUSD) has returned about 1,000 students, or 10 percent of the student population, to classrooms. These are students with disabilities, homeless or in foster care, learning English, and “disengaged.”

Dr. Susan Wildes, the new assistant superintendent of educational services, said at a Nov. 10 school board meeting that transitional kindergarten students and kindergarteners — about 85 and 630 students, respectively — are vulnerable because they’ve never been to school and have no mental framework for understanding how learning with other kids works.

In an email to parents and staff sent Nov. 24, Superintendent Dr. Steven Keller announced that the waiver had been approved. He wrote that the district had been moving furniture and supplies into classrooms and implementing safety protocols, in anticipation of this news.

The waiver has elicited a mix of strong feelings. Some teachers have argued that a return to the classroom is a threat to their lives while Los Angeles County remains in the “purple tier” (COVID-19 is “widespread”).

Monica Joyce, president of the Redondo Beach Teachers Association (RBTA), told the board at its meeting this month that sending some kids back to school before winter break is “not optimum, for a variety of reasons.” She expressed concern over the spike in cases of the novel coronavirus in Los Angeles County and mentioned another district that returned students to campus on a Monday and then received news a student had tested positive on Wednesday of the same week. Three adults in the school district also tested positive for COVID-19 last week.

“The numbers are not going in the right direction,” Joyce told the school board at its meeting, adding that ahead of the Thanksgiving and holiday celebrations, the potential for reversing trends of infection rates appears low. “We need to do what’s best for Redondo Beach, and not be concerned with what other districts are doing.”

A letter to the school board signed by 38 teachers claimed TK and kindergarten teachers had not consented to the application for a waiver.

“We overwhelmingly opposed it via a recent RBTA survey,” the letter said. “We feel we are not being heard.”

Sarah Robinson, vice president of the RBTA and a teacher at Redondo Union High School, asked the board at its Nov. 10 meeting to reconsider its decision.

“By rushing to open as soon as possible, we are putting students and teachers at risk when it isn’t necessary,” she wrote.

Stephanie Hale, a kindergarten teacher at Washington Elementary, wrote to the board that she was “disheartened to hear that the school board and district are willing to risk the health and safety of this particular population of students and teachers.” Virginia Derossi, a kindergarten teacher with 31 years of experience in the district, wrote that the decision endangers her ability to spend time with her own family.

“I eat alone, teach alone, and limit my time in the office,” she said, so she can protect the health of her husband and four grandchildren. “The plan to return to in-person instruction destroys my safety zone.” She asked the board “not let the wishes of a few destroy the health of the many.”

Robin Boxer, a kindergarten teacher at Jefferson Elementary, said the waiver “does not seem to reflect the values that we strive to model in the Redondo Beach Unified School District.”

Sue Carlton, a kindergarten teacher, wrote that either school is “safe for all or safe for none.”

“I want nothing more than all of us to be back in the classroom learning and discovering and playing together,” she said. “I agree with many parents who truly believe children should be back in school but we are in the middle of a worldwide pandemic in a state with a growing positivity rate and in a county with numbers spiking higher and higher.”

Others celebrated the decision to bring kids back to campus. Two parents wrote a letter to the school board, expressing frustration over what they described as the district’s lack of urgency to get kids back in classrooms.

“[We] heard misrepresentations about the process designed to excuse the district’s reluctance to move forward expeditiously and proactively with the waiver application,” they wrote, noting that the waiver process was safe and reopening any classrooms would require certification from the county.

At a virtual town hall meeting about the waiver on Nov. 19, Dr. Keller told parents that he’s a parent with a child in the district also, and confident in the county’s process.

“I want you to feel comfortable and confident in bringing your children back,” he said. “We will take care of them.”

On Nov. 14, the district signed a memorandum of understanding with the RBTA, committing to observe COVID-19 rules issued by state and county agencies. At its meeting on Dec. 8, the school board will decide when to send first and second graders, also covered by the waiver, back to their classrooms. ER