Redondo Union High 2020 grads celebrate with leap into the sea 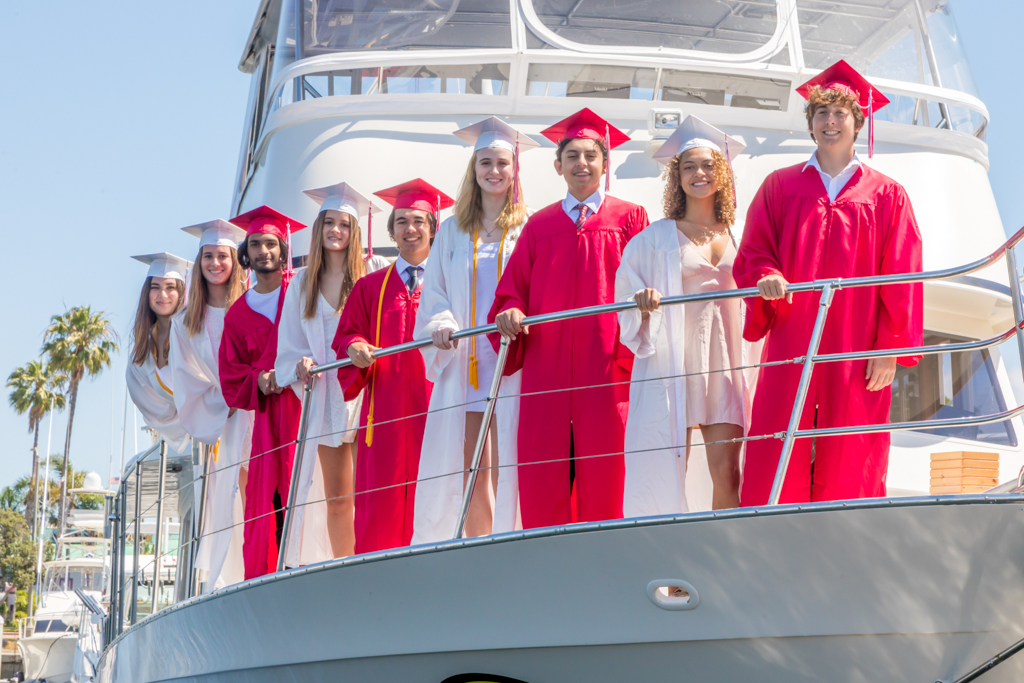 Haley Loren was to have been the fifth generation Loren to receive a Redondo Union High diploma during graduation ceremonies at Sea Hawk Bowl. Somewhere in her grandmother’s home is Haley’s great great grandfather’s century old diploma from Redondo Union’s second graduating class. Redondo was accredited in 1912.

Haley’s dad George was even more disappointed than she was, that the family’s five generation tradition was to be broken by the pandemic.

“Enough of the pandemic,” Loren said to friend Nat Muzik, whose daughter Symphony is Haley’s friend and classmate. “Let’s hold our own graduation ceremony.”

“Remember our graduation ceremony?” cautioned Muzik, who graduated with Loren in 1987. 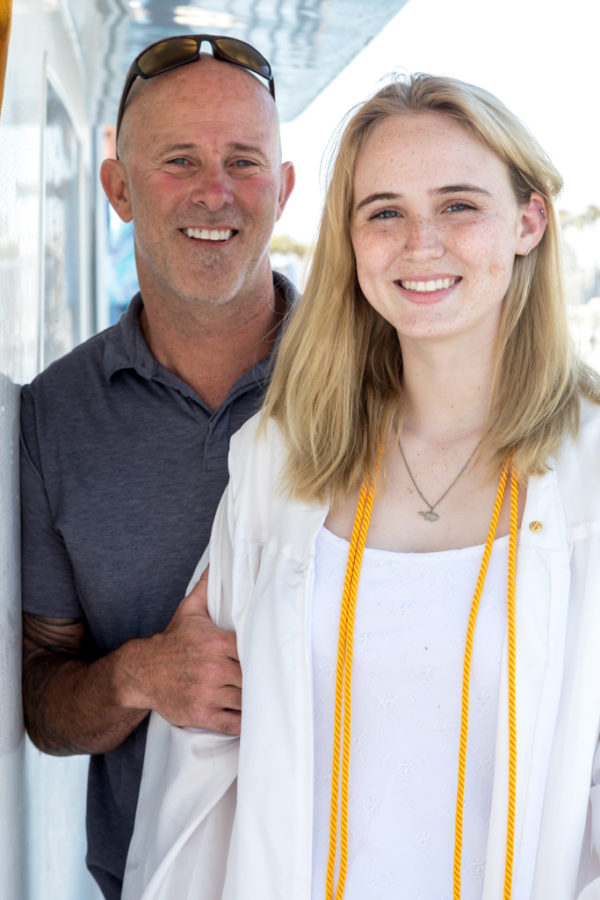 Saturday afternoon, Haley, Symphony and seven of their classmates, wearing graduation gowns and mortarboards, marched single file through the Dock B gate in the Portofino Marina, and down the dock to the end slip, where “Pomp and Circumstance” blasted from Disappearance and their parents lined the port rail taking photographs.

“They are so well behaved. I hope my daughter never asks me what I did on my high school graduation day,” a mother commented.

After the family photos, the graduates lined the starboard rail for a class photo, taken by a photographer on the water in Disappearance’s skiff.

Then the 2020 Redondo Union High Class of the Pandemic did something their parents almost certainly would not dare have done. Instead of tossing their mortar boards into the air, they tossed themselves into the air and over the water, like Sea Hawks. ER