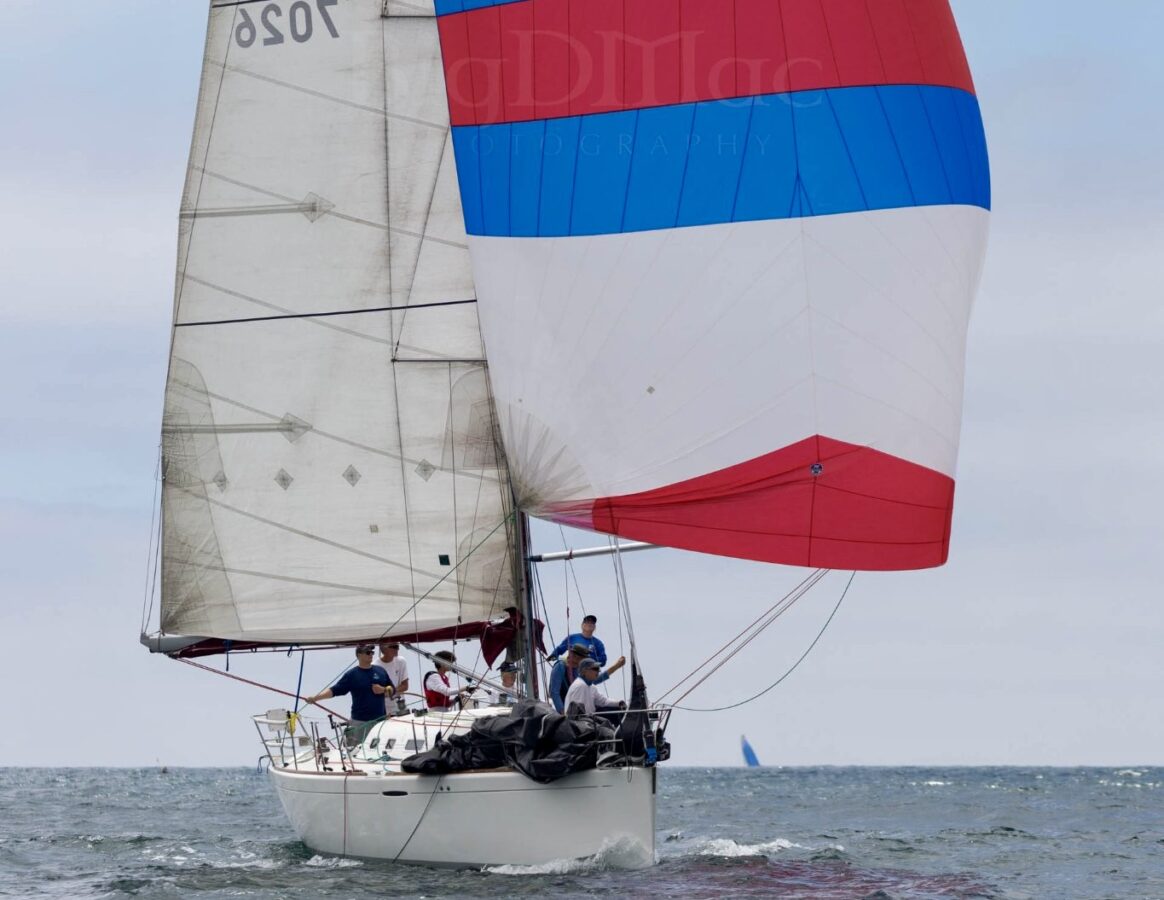 Triggerfish, the fifth-overall placer in the 10-mile pursuit race, pushes for the finish line. Photo by Diana MacDougal

Within this format, the slowest vessels by type start first, and the fastest one hour later. First to cross the finish line wins.

For 2022, it was Curt Johnson, of Marina Del Rey, at the helm of “Avet,” a 26-foot monohull keelboat (sailboat). Len Abbeduto, of Redondo Beach, took second in the 24-foot “Another Bad Wolf;” and Jerome Samarcelli, of Marina Del Rey, took third in “Sam,” a 32-foot carbon fiber sailboat.

In the cruiser division, Mike Devine of Redondo Beach took first in the 26-foot “Meimi II.”

The first woman skipper to finish was Julie Coll, in a 24-foot monohull.

Tom Collier was a Redondo Beach sailor who died of cancer at age 31. The regatta has raised more than $700,000 for cancer research, specifically a laboratory at Cedars-Sinai in Los Angeles.