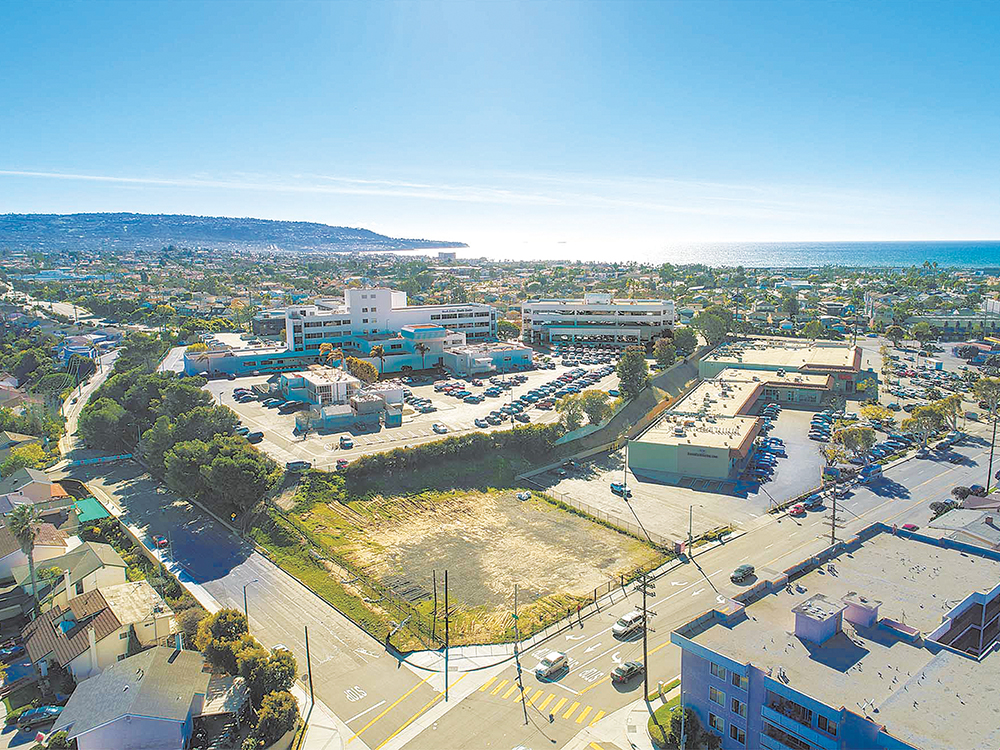 The Beach Cities Health District is proposing to replace its former hospital complex with a Healthy Living Campus, that would include senior care and community health facilities. Photo courtesy of BCHD

When you purchase a home, one of the first things you should ask is if you can see the deed to prove that the seller actually owns it.

I asked the same question of the Beach Cities Health District, to determine if they have the legal right to build something other than a hospital on the property they occupy on Prospect in Redondo Beach. They did not have such a document.

The genesis of this question was the proposal by BCHD to build an ultra-high-income, assisted living community to replace their former South Bay Hospital building. My first question to them was what had been promised to the citizens of the three beach cities when they voted to establish the district.

The answer stunned me. They did not have a copy of the language of the measure that established them. More strangely, neither did the county which had run the election. Without this, I asked for a copy of their deed of ownership. After a few weeks, they sent me a copy of what they said was their deed. However, it contained only four of the five pages of what was an eminent domain action with the then owner, The Redondo Improvement Company (RIC).

The missing page was the key to the document and BCHD refused to find it. So, I did.

On November 27, 1957, the LA Superior Court in Inglewood issued a “Final Judgement of Condemnation” which stipulated that for the payment of $125,000, RIC would deliver the property “to the use of the Plaintiff, the South Bay Hospital District…for the construction, completion and operation of a hospital thereon in order to provide hospital services for the residents of said district.”

Despite public records requests, BCHD has shown no further correspondence with RIC, its successor companies, nor the estate of Henry Huntington, the railway and land mogul whose company RIC was.  Therefore, what is in that deed stands as the sole property right of the BCHD.

The taking of private land by eminent domain is a controversial subject. However, it is a legal taking of private land for a specific public use. In this case, the public use was the building and running of a hospital. The fact that the District’s incompetence has made such an operation unviable does not free them from the demands of the eminent domain decree. The only thing that can be built on that property is a hospital and the Wealthy [Healthy] Living Campus they are proposing is not that.

When the BCHD renamed itself from the hospital district in 1993, it did not release itself from its land ownership requirement. Therefore, it seems clear that BCHD cannot legally build its new campus as proposed. If it comes to it, the City of Redondo Beach should reject any offerings to the contrary. If they don’t, they may be violating the law as well.

BCHD will have to go back to the drawing board to figure out how to extricate itself from the financial mess it has fumbled its way into. ER