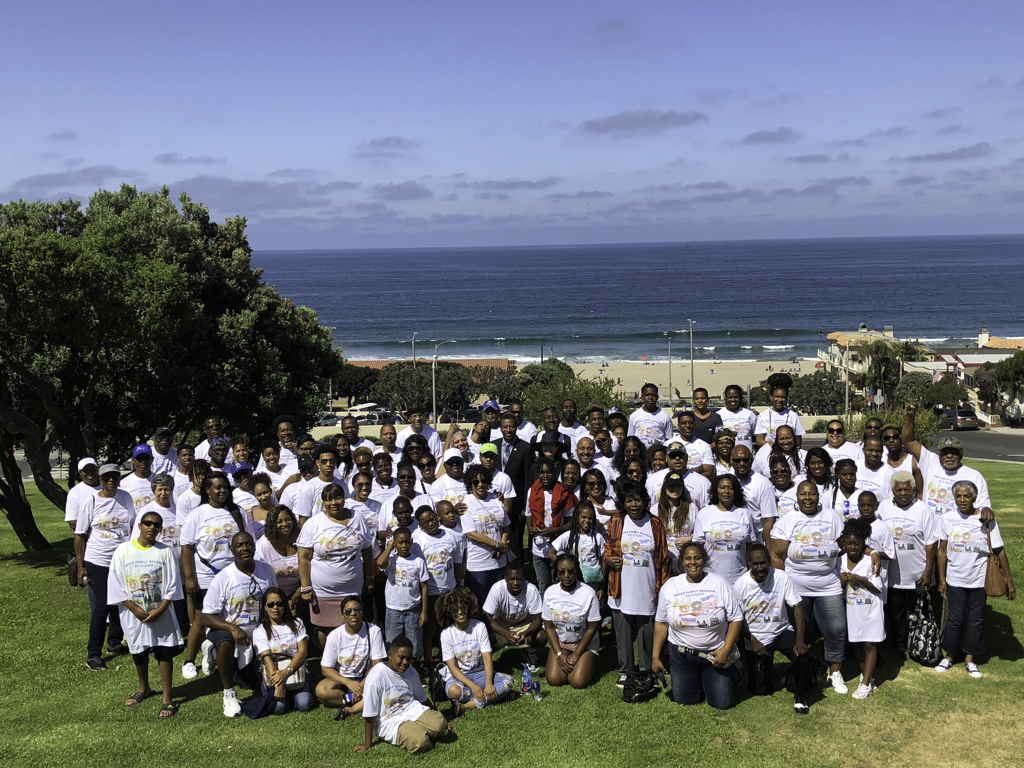 A petition is being circulated in Manhattan Beach and online demanding the descendents of Charles and Willa Bruce be given the land that is now Bruce’s Beach Park on Highland Avenue, overlooking the ocean, in Manhattan Beach. The city took the parkland through eminent domain in 1924. The petitioners also want the Bruce descendents paid restitution, an amount estimated to be $75 million.

While it is agreed what happened to the Bruces and other Black families in Manhattan Beach in 1924 was wrong, there are some problems with the petitioners’ two demands.

First, the Bruce family did not own any of what is now Bruce’s Beach Park. The Bruces owned two lots adjacent to the park, on The Strand, where the Los Angeles County Lifeguard building now sits. The petitioners will need to ask the Los Angeles County Board of Supervisors to tear down the lifeguard building and give the land back to the Bruce family.

Secondly,  30 lots were acquired by the city through eminent domain on the pretense of building a park.  Twenty five of those lots were owned by white families. The total paid for the 30 lots was $66,040.63.  Even though the Bruce family owned only two out of the 30 lots, the Bruce family received $14,500, or 22 percent of the amount awarded by the court. Some of the lots were vacant land and others had improvements on them.  I don’t know the  value of any of the improvements, or the value of the Bruce’s business, but I assume that was taken into consideration by the courts back then, or the Bruce family would not have received so much more than anyone else.

Of the five black families who were forced to sell their property, four of them purchased another parcel in Manhattan Beach. They were not “driven out of town,” as some have stated. The Bruce family was the only Black family to leave the city as a result of the eminent domain.

Do the petitioners believe everyone, including the 25 white families who had their property taken should have their land restored to them and be paid reparations?

Who is supposed to pay the reparations? Very few people today were alive when the property was taken by the city.  Are those few responsible?

The City Council could put a proposition on the ballot asking each Manhattan Beach property owner to pay a parcel tax of about $5,000. That would just about pay the $75 million I understand the petitioners are demanding. However, some homeowners might not be enthusiastic about paying for something that happened almost one 100 years ago, especially residents who just recently moved into town. There is a pretty good chance this proposition would not pass.

Another option would be for the signers of the petition demanding reparations to start a “Go Fund Me” page. If they strongly believe reparations are due to the people whose property was taken, then the petitioners should, as it is said, “put their money where their mouth is.” I understand it would be difficult to raise the entire $75 million that way, but it would be a start.

Of course, these are just my thoughts and as always, I could be wrong.

Note: Most of the facts cited above may be found in the master’s thesis written in 1956 by Bob Brigham, a long time, highly respected Mira Costa High School teacher. ER