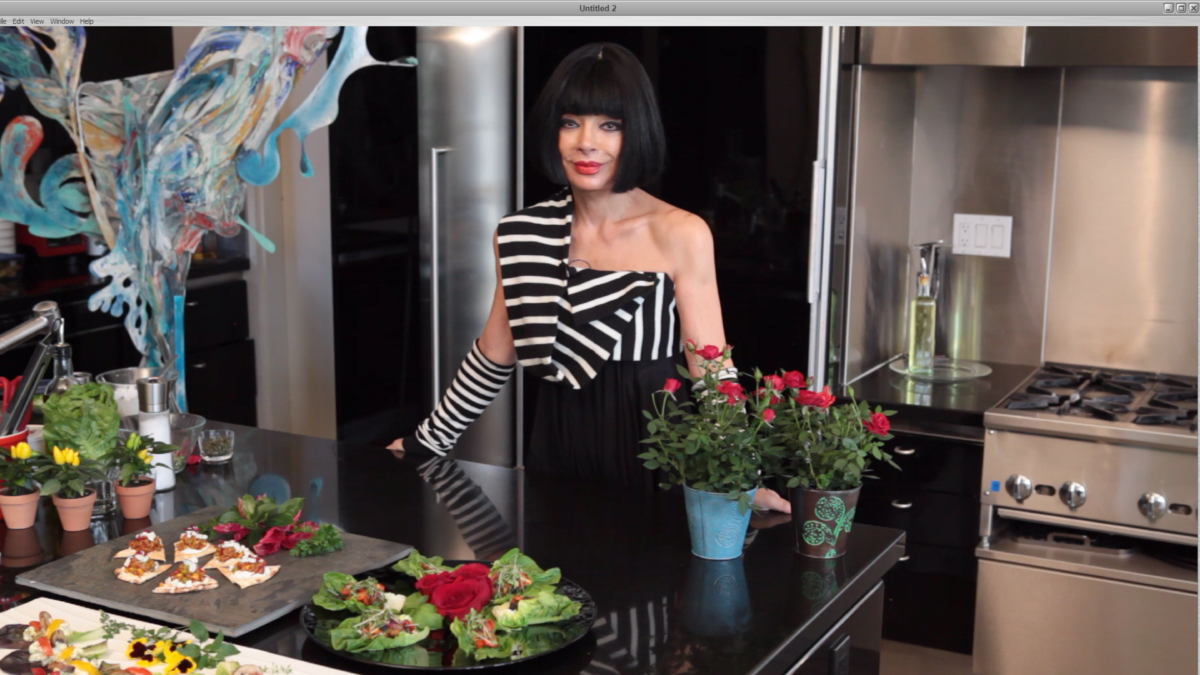 Homeira Goldstein with appetizers for the dinner party you wish you were at right now. Photo by Simon Ouwerkerk

Homeira Goldstein with appetizers for the dinner party you wish you were at right now. Photo by Simon Ouwerkerk

The South Bay’s foremost art impresario and curator would like to change the way you think about food, particularly how you season it. Though Homeira Goldstein has planned and executed creative dinners for up to 200 people, she made a startling admission for someone who has released a line of seasonings and written a cookbook.

“I make absolutely no claim that I’m a chef, I don’t claim that I know about food, I just follow my nose, my tongue, my palate and my senses. I don’t cook, I create food, and I don’t like to do the same thing twice.”

Homeira grew up in Persia, in a wealthy family, where, as she puts it, “Going to the kitchen was not allowed. I did not learn cooking at all, I had no experience, no learning about ingredients and spices. When I came here, the first time I tried to make eggs, I just put the egg in the pot, no butter or oil or anything, and it all stuck.”

In Persia, and later when she lived in Washington DC and Texas, Homeira never needed to cook for herself. She had a high-powered job in the financial industry and was involved in the arts scene, and when she moved to Los Angeles she was Vice-President of the Los Angeles Art Council. She moved in high society and dined out most of the time, though she eventually developed enough skills to make a limited repertoire of dishes. Her financial career and her lack of interest in cooking both came to an end thanks to a surprise pregnancy. After her son Joshua was born, she closed her business and devoted herself to raising him, and this involved learning more about creating food.

“I wanted him to have the food I grew up with, so I started cooking from my memories and my experiences. I would give Joshua food to take to school, and the other kids were eating peanut butter and jelly, Lunchables and cheese sandwiches. He had a rack of lamb and salmon, and he was embarrassed. But the funny thing was that I would ask, how was lunch, and he said, ‘Mom, they ate it. They ate my food, and they loved the rack of lamb.’ As he grew up, the kids he went to school with would do anything to get invited to have food here.”

As Homeira discovered the creative side of cooking and the joys of hosting home cooked meals, her interest in all things culinary went from nonexistent to almost obsessive.

“I started going to international and specialty markets and smelling spices and looking around. When I traveled, I would go directly to the airport bookshop and buy every cooking magazine they had. Instead of the Wall Street Journal, I read Gourmet, Bon Appetit, Wine and Food, Sunset, Saveur, all of them.”

After moving to Manhattan Beach in 1991, she became active in arts organizations that brought international works to  the South Bay scene. She joined the organization then known as Manhattan Friends of the Arts in the 1990’s, and after years of active involvement was invited to become Chairman of the Board of the group, which by then had changed the name to Time For Art. She also joined Manhattan Beach’s Cultural Arts Commission, and her dinner parties became well known. While her large home in Manhattan Beach was still being furnished, she received a surprising request from the local Jewish Federation. Would she host a pre-Hanukkah event for them? It would be a modest gathering, only 174 people for a multi-course sit-down dinner. It was a smashing success, and she continued hosting events with as many as 11 courses, with several sous chefs helping her work as executive chef. At this point in her experience with food, she received a call for help from her son, then a college student, who had just moved out of a dorm at USC, where the food was terrible. She bought him a barbecue and some spices, but just like his mother, he had grown up with no idea what to do in a kitchen.

“He called me and said, ‘I don’t know what to put on what. Please mix them and tell me what I can put on lamb and what is for chicken.’ So that’s how I started blending seasonings. When I served things to friends using them, people asked, ‘Why don’t you package this and we’ll buy it from you.’ I started very informally packaging my blends, at first five or six of them. Now we have 12.” 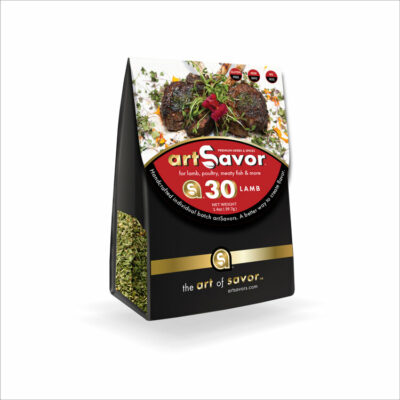 One of Homeira’s spice packets.

When asked about how much of her recipes are calculation, how much is inspiration, she responded, immediately, “I’d say 98 percent instinct. I have been wrong at times, but not that often. On the packaging I say what I think is the best use for each one, but I want to share with people that there are no boundaries in creating flavors. They can play with it. I’m giving them a tool, they can use it the way I suggest if they are in a hurry, but if they want to get creative, then do a zillion different things with it.”

When asked how she plans meals around her guests’ preferences, Homeira has a surprising answer: she doesn’t.

“I do consider whether somebody has dietary needs, allergies, or religious beliefs. If they’re vegetarians, obviously, I won’t put a piece of steak in front of them. Otherwise, well, if you hire Frank Gehry to design something, he will tell you right there, ‘Don’t tell me what to do. I’m gonna do whatever I’m going to do. Give me the land, tell me how many rooms you need. But the rest? That’s up to me.’”

Homeira’s ideal meal is an integrated sensory experience, and reflects her zen-like vision of an aware and engaged life. It’s not easy.

“Everything I do is pretty complicated, because it’s all about the process. It starts with an idea. Then I go to the farmers market and see something, and I come home and decide how to cook it, then how to plate it. If I have company I decide how to dress and how to turn the lights on, and what music to play. I can’t separate all of these — for me it’s all about living in the moment.” 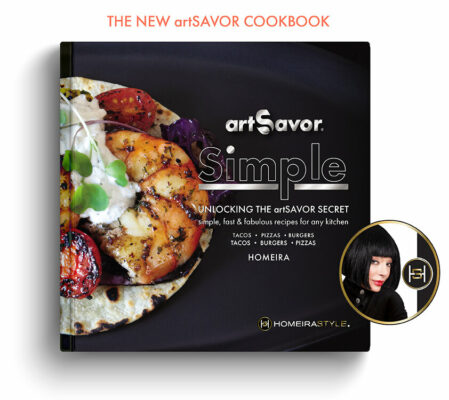 Her seasoning line is called ArtSavor, and is available only from her website at artsavors.com, along with her cookbook. This is despite entreaties from fans that she should sell ArtSavor in stores. She has received interests from Bristol Farms and other outlets, and if she was in it for the money rather than as a creative endeavor she undoubtedly could expand. But she prefers making it in small batches so she has both creative and quality control. The decision is in tune with her manifesto of personal transcendence through thoughtful artistic experience.

“I create food for feeding my soul, part of that ultimate journey that gets your juices going every minute. I don’t cook to please anybody but myself. It’s just like when the artist paints — it’s not really for you or me personally, but they do something that we happen to like. When I look at art, some people ask, “Do you care about who the artist is? Do you think it has  resale value?  I answer, ‘If I want to invest I’ll buy stocks.’  For me, you have to have romance with the art. It is the same thing with food, you need to have a passion, a romance with ingredients when you look at a piece of salmon, or meat, or vegetables.” ER