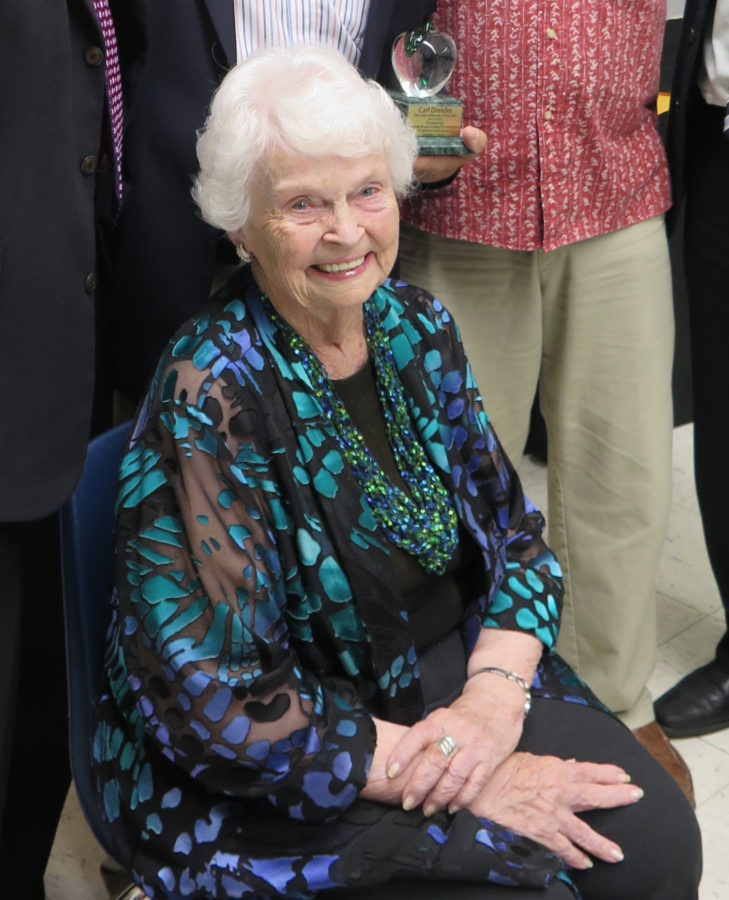 The name change from Shores to Patricia Allen Dreizler Continuation High School will officially take effect on or before Nov. 30 this year.

A native of the Midwest, Dreizler has lived in Redondo since 1956. Her career as a volunteer with the City of Redondo Beach led her to a paid supervisory position, and her volunteerism included work with South Bay Youth Group, 1736 House and the Redondo Beach Woman’s Club.

“It’s the perfect place, and I’m happy to see it moving through quickly and uncontroversially,” board member Brad Waller said at the board’s Aug. 28 meeting.

“I’m happy we’re highlighting volunteerism. That’s the strength of our community,” board member Michael Christensen said at that same meeting. “Taking on one of the preeminent volunteers in our community shows a great message.”

“I think honoring someone as wonderful as Pat is a benefit, and I think Shores is the perfect school to rename for her because that’s where her heart has been,” said board member Anita Avrick.

Though this is the first RBUSD school to be renamed during Superintendent Steven Keller’s tenure, it’s not the first in the district’s history. The former Hillcrest Middle School was renamed for former Redondo Beach school superintendent Nicholas G. Parras in 1990, after his retirement from a teaching and school administration career entirely within the district.

The ceremony is likely to take place in late October or early November.