Sisters string it together 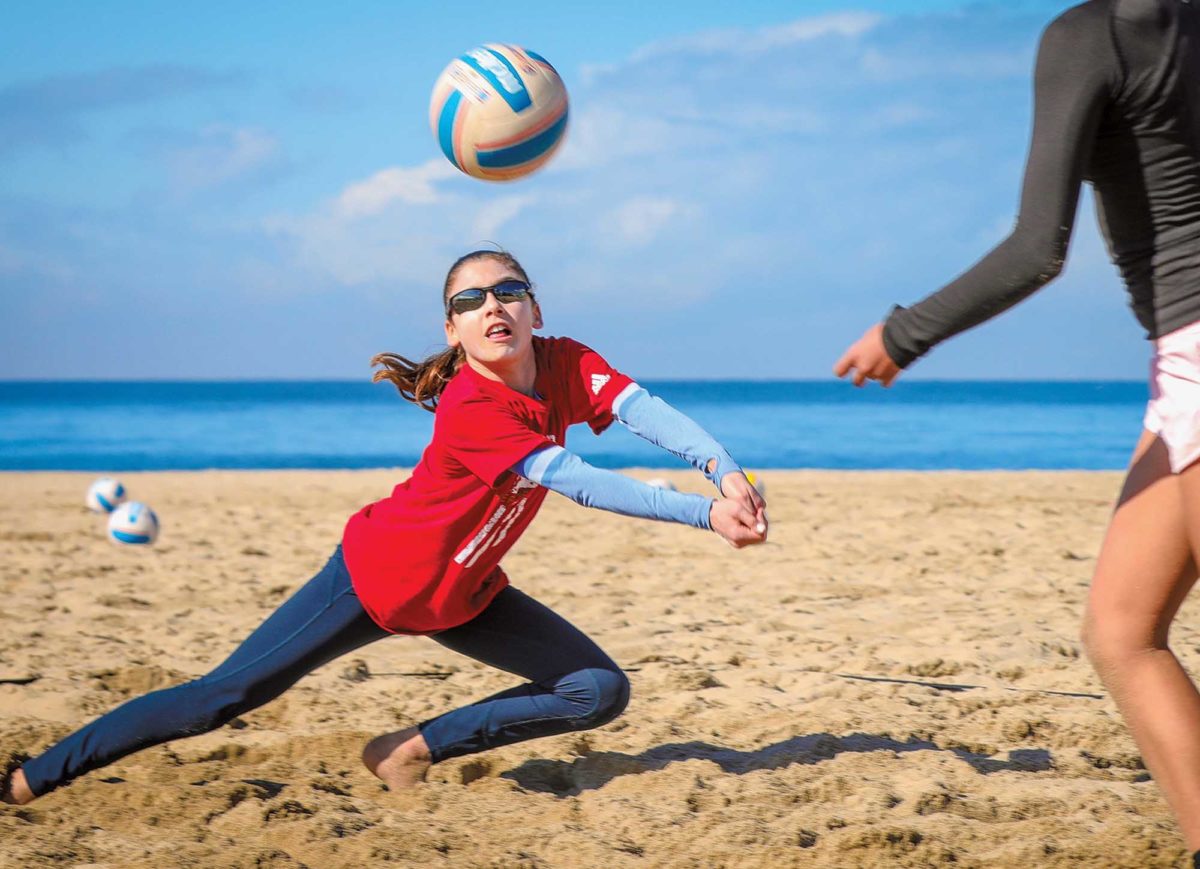 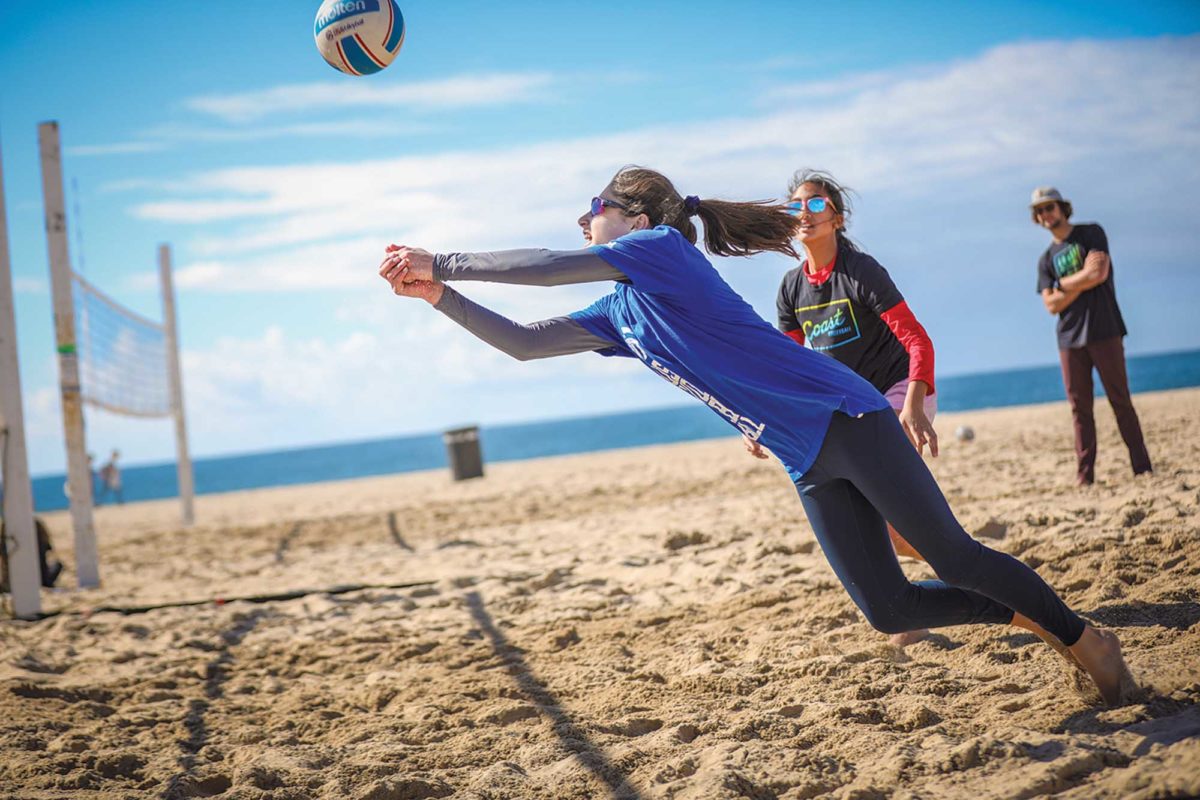 When Alexandra Adishian was 5 and her sister Isabella 4 their mother Lena took the sisters to Dietz Brothers music store in Manhattan Beach. As they approached the door, the mother told her daughters to each pick out the instrument they liked best.

Alexandra, who had already begun taking violin lessons, went to the violin section. Isabella went to the cello section, despite the fact the instruments made popular by Yo-Yo Ma were nearly as big as she was.

Finding a cello small enough for a four-year-old was a challenge.

“That first cello cost almost as much as my first car,” the girls’ dad David recalled. But a tougher challenge was finding a teacher who would take on a four-year-old, aspiring cellist. Ultimately, the search was successful and the parent’s decision to trust their children’s instincts validated. 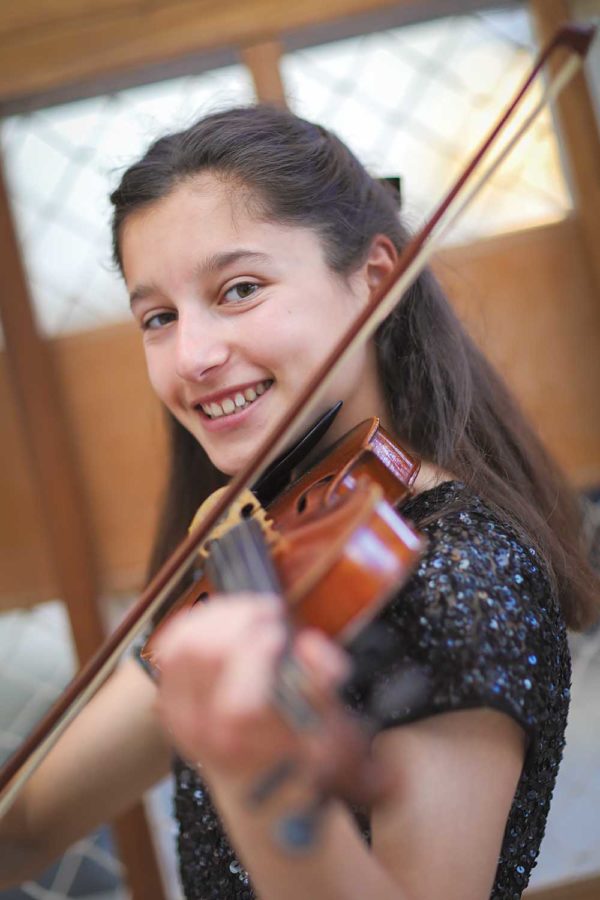 In January, Alexandra, now an eighth-grader at Manhattan Beach Middle School, took first place in the strings division of the Manhattan Beach Rotary Club’s music competition with her performance of Concerto No. 3 in G Minor, First movement by Friedrich Seitz.

Placing second in the strings competition was her sister Isabella, a seventh-grader at MBMS. Isabella performed Concerto No. 4 Rondo, by George Golterman.

MBMS orchestra teacher Denise Haslop said of Alexandra, “Not only is she a talented violinist, she is also a great team player and leader in the school orchestra.”

Haslop had similarly praise for the younger Adishian. “Isabella embodies the music. She brings the music to life. It is uncommon to see a student her age play with such mastery, sensitivity, and maturity.”

To the surprise of their parents and friends, the sisters’ coordination and discipline developed through music have transferred to the volleyball court.

In February, the sisters competed together over the President’s Day weekend at the AVP First Mountain West Zonal Championships in Arizona.

“We thought it would be a ‘one and done’ weekend because neither of my daughters’ partners could come to the tournament. So Isabella who usually plays in the 12 and under division, teamed with Alexandra in the 14 and under division.”

Their games were all close, but the sisters kept winning until the third day, when they fell in the finals, 21-19

MB Sand Volleyball Club coach, former UCLA All-American, and AVP player Patty Dodd, said of the sisters, “I love coaching them because they implement feedback well and go for everything.”

“Volleyball and playing music in an orchestra are pretty much the same thing. I am lucky to have a great coach, great music instructors and a sister who enjoys volleyball and music as much as I do,” she said.