by Dinah Lary
Pro skaters Tony Alva, Cindy Whitehead and Mason Silva will make guest appearances at the Third Annual King of the Harbor Skateboard Championships on Sunday, Nov. 17 at the Redondo Beach pier. The competition is hosted by the Redondo Beach Police Foundation, and starts at 10 a.m. 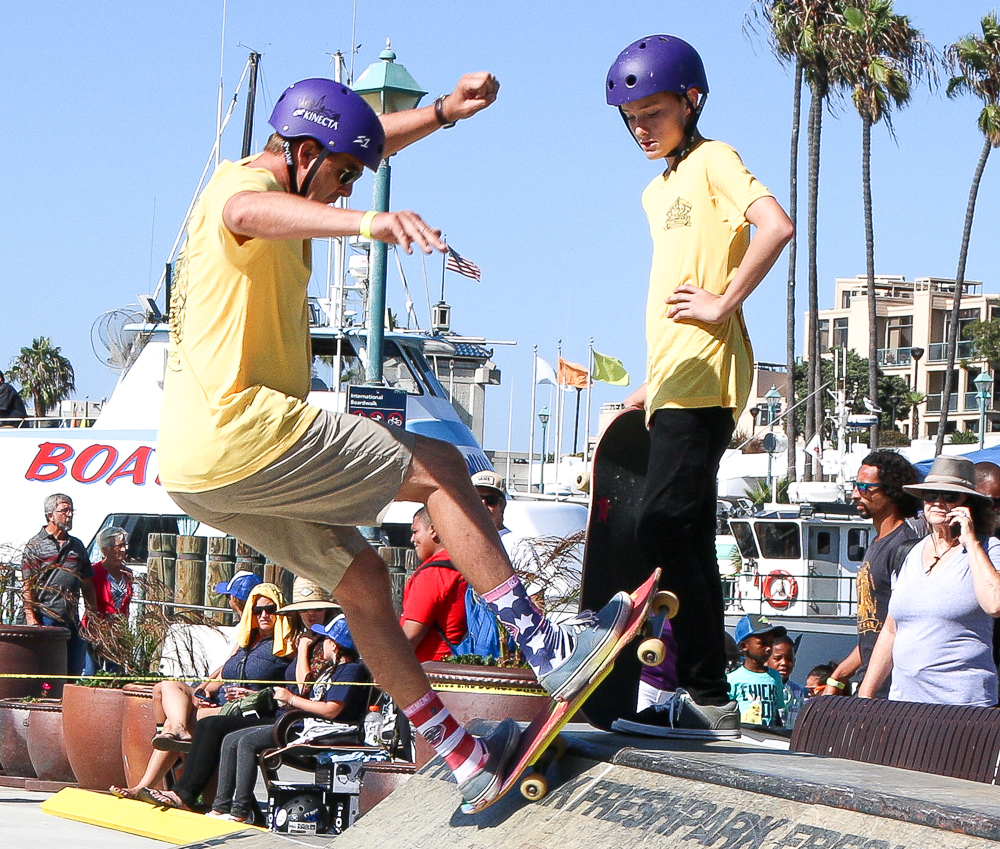 All participants will receive a T-shirt, snacks, water, lunch, and a raffle ticket, plus sponsor swag. BeachLife Backyard Games will install a 5-foot half-pipe and host an after party at Barney’s Beanery.
Registration is open to all levels of skaters, but space is limited. To register and for more information go to redondo.org/skateboard. The friendly competition will begin with youth skaters in the morning and an adult competition in the afternoon.
The contest is meant to promote safe skating and a positive relationship between skaters and police, according to skater and Redondo Police Chief Keith Kauffman. ER