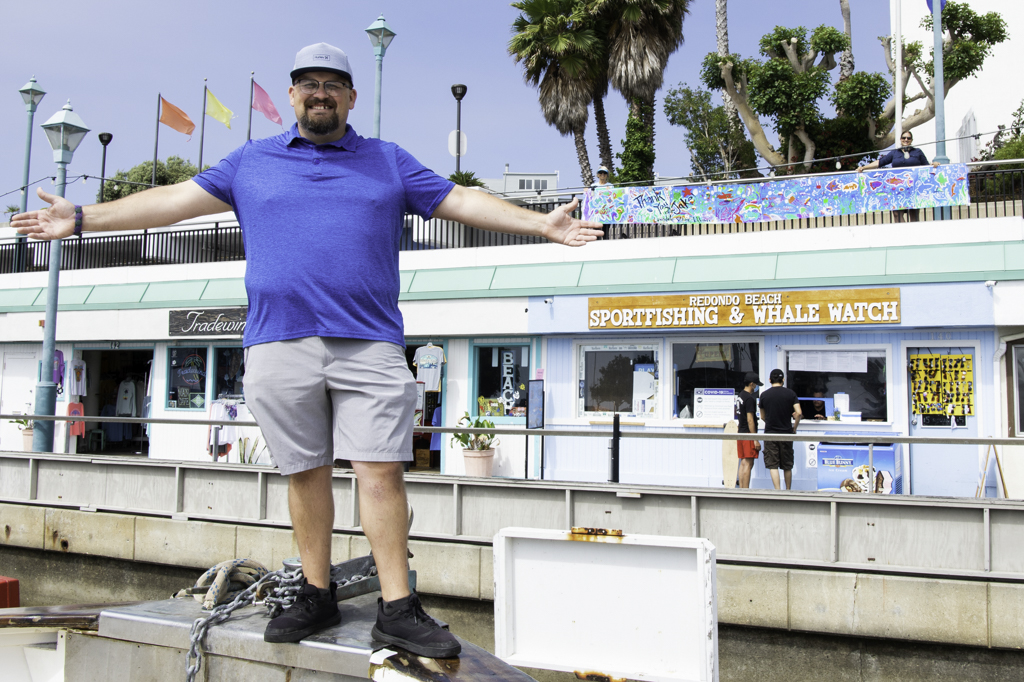 At Jane Addams Middle School in Lawndale, less than four miles from the beach, there are students who have never been to the beach. This became apparent to art teacher Anne Marie D’Agostino earlier this year, when a random act of kindness transformed her classroom into a center for learning about the ocean.

Jake Mark, owner of Redondo Beach Sportfishing & Whale Watch, was cleaning out his storeroom months ago. In the process he discovered hundreds of three-dimensional ocean creatures — marlin, flounders, stingrays — made of resin. He decided to give them away.

Robin Potchka, an avid paddle boarder who teaches at Jane Addams even though she is retired from being a teacher at Jane Addams, learned of the marine figures when she was at the pier one day and suggested Mark give them to the art department at her school, where most students qualify for subsidized lunch.

“I think arts are so important to all learning,” Potchka said later. “I knew if I recommended [D’Agostino] she would find a way to not only have the kids do a little craft, but find a way to make sure these kids connected to the ocean in meaningful ways.”

Mark already knew D’Agostino. She is part of Potchkin’s posse of paddling teachers. D’Agostino designed a project the way she designs every project, by finding ways to use art to engage her students with the world around them.

“I try to go from a social/emotional standpoint of how art can influence their lives and help them to become better individuals,” she explained. In class, students used the donated figures to talk about what lives in the ocean. They used iPads to research underwater worlds. They learned about what fish eat, how they live. They talked about plastic and ocean pollution.

“They got really curious,” D’Agostino said. “We did a lot of research on the fish. I just watched them get engrossed.”

For two weeks, 58 kids worked on a 30-foot mural for Mark, to thank him for a seemingly small donation that had opened their minds to the value, impact, abundance, and ill health of the ocean.

They planned to unveil the piece, which glows in the dark, at an art show with blacklights, but that was before authorities instructed everyone in California and around the world to stay at home. In place of an art show, D’Agostino and Potchka presented the mural to Mark on Tuesday.

“We brought it back and showed him the results of his little act of kindness,” Potchka said.

“I wasn’t expecting anything in return,” Mark said. “It was nice to see it all come full-circle.” ER