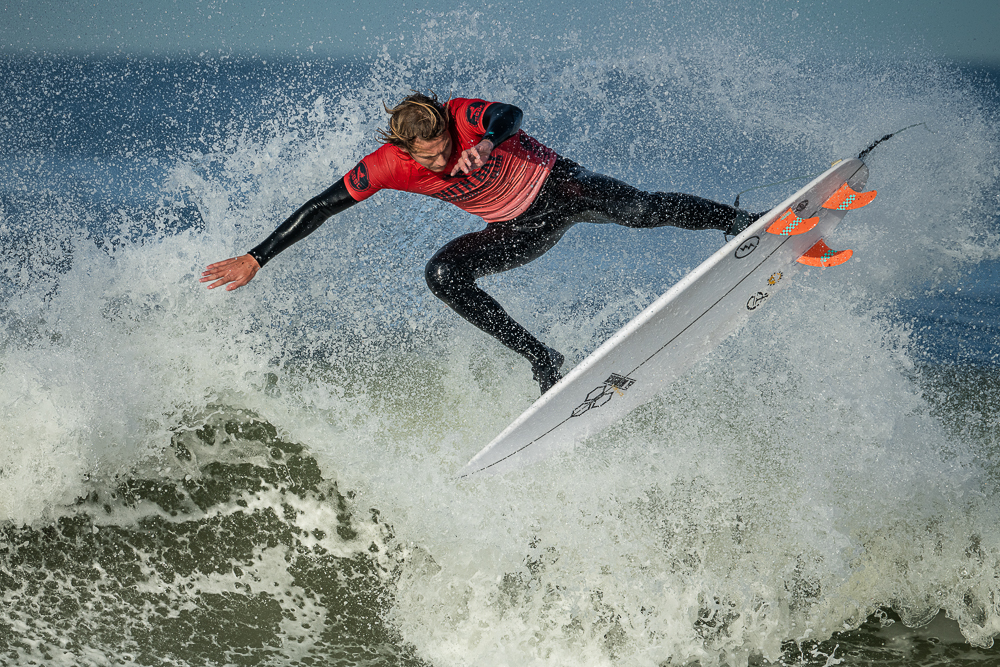 Kade Kauffman holds nothing back in claiming the Men's Open title at the SBBC/Dive N Surf contest at Torrance Beach on January 6. Photo by Steve Gaffney

Fortunately the big swell faded to a manageable six-feet, softened by a high tide, at least during the early, qualifying heats.

Tegan Meza, who is just 10, finished third in the groms division, behind Kai Thomas and Robert Keese.

The next SB Boardriders contest will be sponsored by El Porto Surf Shop at 42nd Street, in El Porto. To register, visit SouthBayBoardriders.org. ER