Thai Express is easily overlooked, but worth seeking out 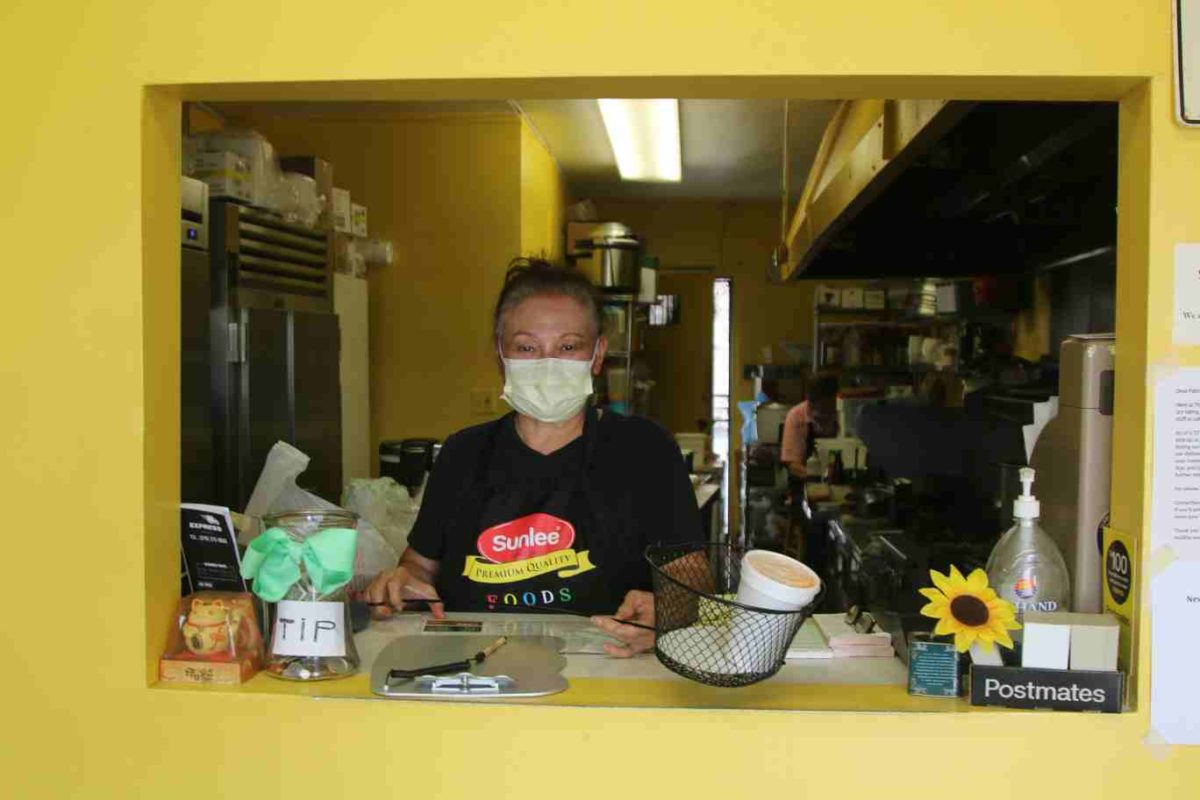 Several years ago I decided to eat at every locally owned restaurant in the South Bay at least once. After over a decade, despite more places opening every year, I think I’m close. Even so, once in a while I run across a place that for some reason was never on my radar before.

This happened last week when I had a hunger for Thai food and came across Thai Express. An unexplored restaurant in my own community? A glance at their online menu showed a list of Thai classics at very modest prices, and after consultation with my wife about whether I could order it spicy, a phone call ensued. Fifteen minutes later I was in their parking lot, ready to pick up their food.

The tiny, to-go-only spot is in a strip mall on Artesia, a bit back from the street, and easy to miss. They’ve been open for almost 30 years under the management of the Phoyom family, who feature Bangkok-style cuisine from their hometown. This is cosmopolitan and draws on all the neighboring regions, moderating the fierce heat of southern dishes with the intense sourness of some northern items.

On that first visit, I picked a yum yai salad, poe taek seafood, spicy eggplant with pork, and shrimp “kar pao” style. We also got egg rolls because they give those away with any order over $30. Purists might point out egg rolls aren’t actually Thai, to which I point out that Thailand is close to China and ideas have been crossing that border for at least a thousand years. Thais like them, Americans like them, and giving customers what they want is what good restaurateurs do. The ones served here are standard vegetarian egg rolls that go straight from a freezer to the fryer, but they arrived crisp and tasty after an encounter with the container of sweet chile dipping sauce.

Americans often start meals with a salad, an idea that was foreign to Thais until recently. Lettuce doesn’t grow in Thailand, and they find the idea of mixing raw green vegetables odd. They’ve adapted their recipes here, and this mix of shrimp and pork with tomatoes, cilantro, peanuts, and pickled onions is enhanced with a dressing that has fish sauce, lime juice, and tiny green “Bird’s Eye” chillies. Everything is mixed just before serving so the flavor balance is just right — don’t plan on having leftovers the next day, because the citrus will turn bitter overnight. Enjoy the bright, tangy flavors while they’re at their peak.

The poe taek was also served on a bed of lettuce, which was a surprise because this assortment of seafood in a red curry sauce is usually served over rice or sometimes even as a soup. The mild curry sauce is moderately used here along with a lot of lemongrass, which imparts a citrusy herbal flavor. There are big chunks of lemongrass in the version here, which should be picked out as you eat because they are too chewy to actually enjoy. The flavor they impart is worth the bother.

We also liked the kar pao, and I should mention that you’ll notice many different spellings for this and other items. Thai is a tonal language that doesn’t transliterate easily into English, and you’ll see this dish on other menus around town as ka-pow, ga-pow, and krapow. However you spell it, it means that the protein of your choice is quickly sautéed with oyster sauce, green beans, garlic, and the secret ingredient, holy basil. Holy basil is called that because it is traditionally used in medicine and Buddhist rituals, and it is the spiciest and most distinctive variant of the basil family. It lends distinct overtones of pepper and clove to dishes like kar pao, where it is sautéed with ground chicken and mild green peppers. A mix of sweet fish sauce with Bird’s Eye peppers is included on the side, and you should try it because it adds extra zing to an already interesting item.

As it happened the sautéed eggplant with carrots, onion, and pork was a perfect complement to the other items we ordered, the thicker, slightly sweeter sauce a contrast to the citrus and basil heat. The flavors of the eggplant and carrots were enhanced rather than overwhelmed, the spice heat warm rather than searing.

We liked the food at Thai Express, and we liked the low bill too — enough food for four ran $47. In only a few days we had a yearning for Thai food again, and this time ordered Pad Thai, shrimp salad with lemongrass, barbecued chicken, and green beans sautéed with curry paste and pork.

Pad Thai was invented in the 1930s, and allegedly popularized by the government as a way to encourage people to eat rice noodles, of which there was an oversupply. It worked and is now regarded as a Thai national dish. The dish gets its distinctive flavor from a sauce made with sour tamarind pulp, palm sugar, fish sauce, and of course the peanuts that always are used as a topping. The fresh bean sprouts mixed in with the noodles add texture and crunch, shaved carrot a little sweetness, and when made correctly it’s delightful. They do a very good job at Thai Express, and I highly recommend it.

The shrimp salad, called plah-kung, was described as being flavored with lemongrass, which was in the mix but almost overshadowed by flavors of lime and fresh mint. It was decent but we preferred the yum yai from our previous meal that had a bit more variety of flavor and texture. We were happier with the green beans, which were an amped up version of Chinese string beans with oyster sauce. It’s not much different from what you’d get at a Chinese restaurant, save for a bit more garlic and pepper, but there’s no need to fool with a classic.

The only disappointing item from either visit was the barbecue chicken, which was slightly overcooked and had muted spicing. The portion was large and it wasn’t bad, but wasn’t the equal of the other items we had here.

Thai Express isn’t the place to go for novel or daring combinations, but if you like the Thai classics competently made, and at a very affordable price, it’s a useful place to know. I may have gone there just to cross it off my list, but I’ll go back because they’re good at what they do.