Spotlight on Art – Friends of the Library 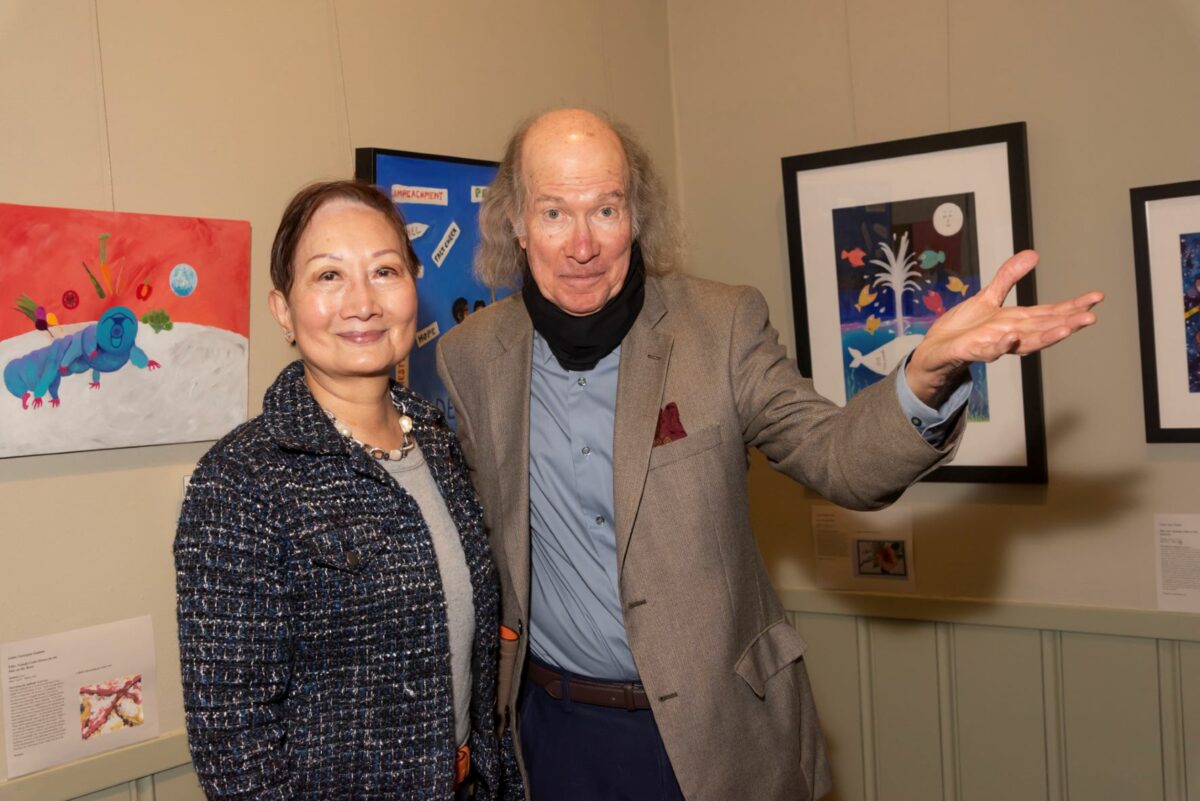 Join “Are You Thinking What I’m Thinking”
This creative art show, put to original music scores, has taken on a dynamic life of its own. Its latest stop was the Malaga Cove Library where there was standing room only at the VIP reception. Previous to this, the collection was the first opening “in-person” art show at the PVAC when venues first started opening up to the community and sparked record attendance. At this most recent, February 26 event, Friends of the Library, were serving libations, while chairs, Deborah Giese and Bernard Fallon were giving out humorous awards to each artist who participated in the show, and fun socks. Susan Whiting won a serious Best in Show, with her oil on canvas “The Chocolate Night,” a portrait of a young girl filling her heartache with sweets, while lost in the light of a television show.