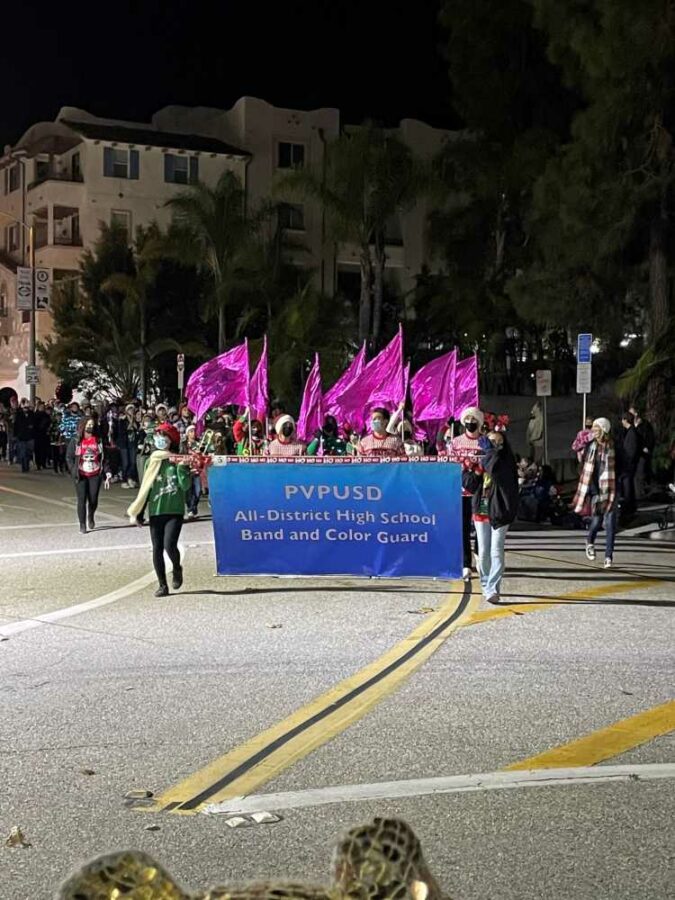 Hundreds of people turned out for the 24th annual hometown Parade of Lights. The VIP section which was situated by the old Starbucks location had bleachers, desserts and delicious Starbucks coffee for guests to indulge and relax in during the parade. The festive floats paraded through the commercial district of RHE, along Silver Spur Road and Deep Valley Drive and concluding on Drybank drive. The character of the Peninsula was fully realized during this event with Girl Scouts, Brownie Troops, marching bands, drill teams, equestrian units, dignitaries and local businesses. Santa himself was there to join in on all the fun. Awards were given out in several different categories including Best Commercial Float, Mayor’s Trophy for the best local entry and the Susan Seaman’s Founders Award. A professional equestrian judge and the Southern California School Band and Orchestra served as the judges.