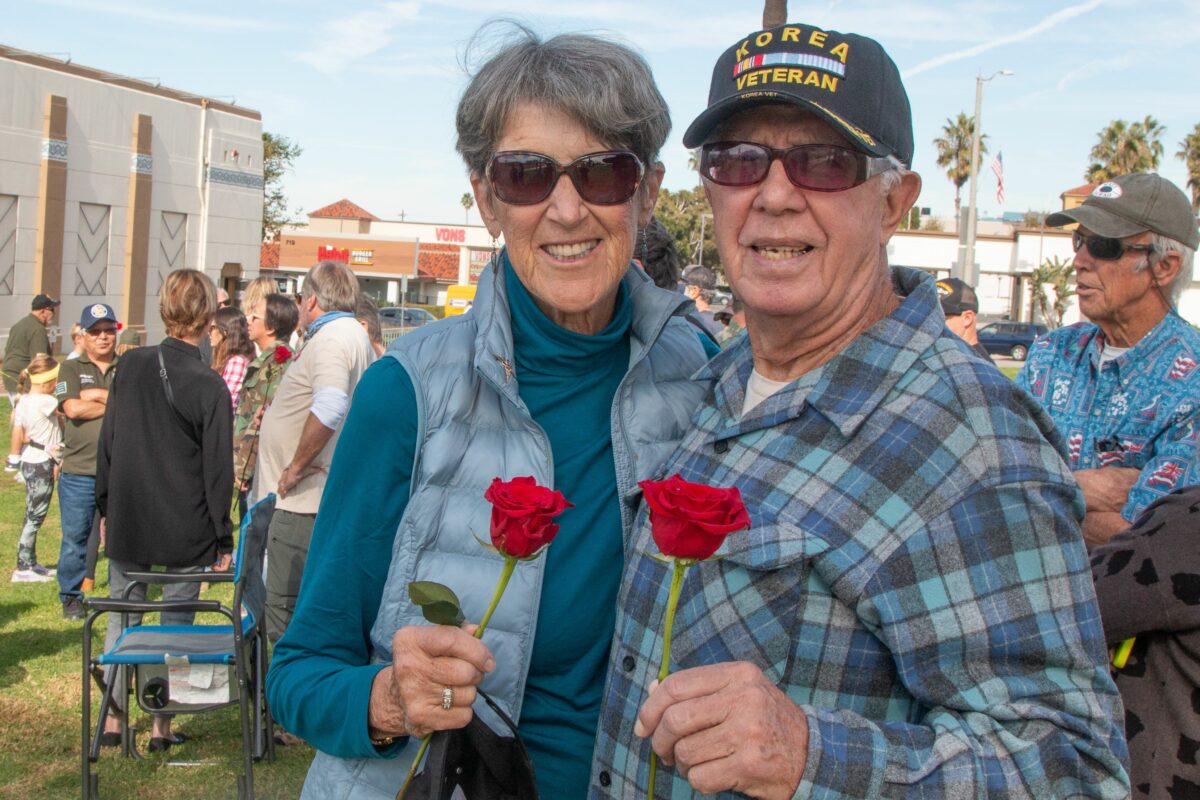 Carol Reznichek, a Red Cross nurse at the 3rd Field Hospital in Saigon in 1970, and Dave Garret, who was stationed in Korea in 1956. 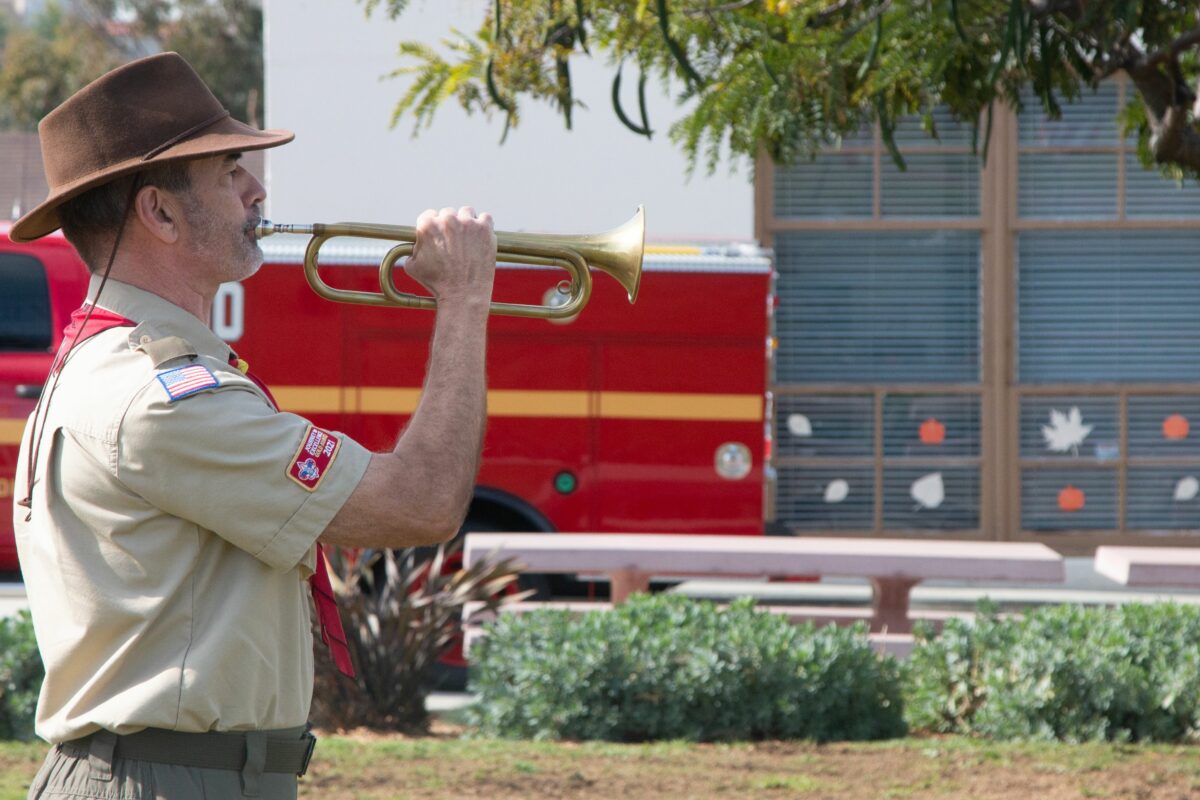 The ceremony was held at the Veterans are Timeless memorial on the lawn in front of the city community center. The memorial is a 12-foot high, black granite sundial with an angled flag pole (gnomon) whose shadow indicates the time. The Air Force, Army, Marine Corp, Navy, and Coast Guard (but not the Space Force, yet) are represented by black granite blocks where attendees laid flowers. 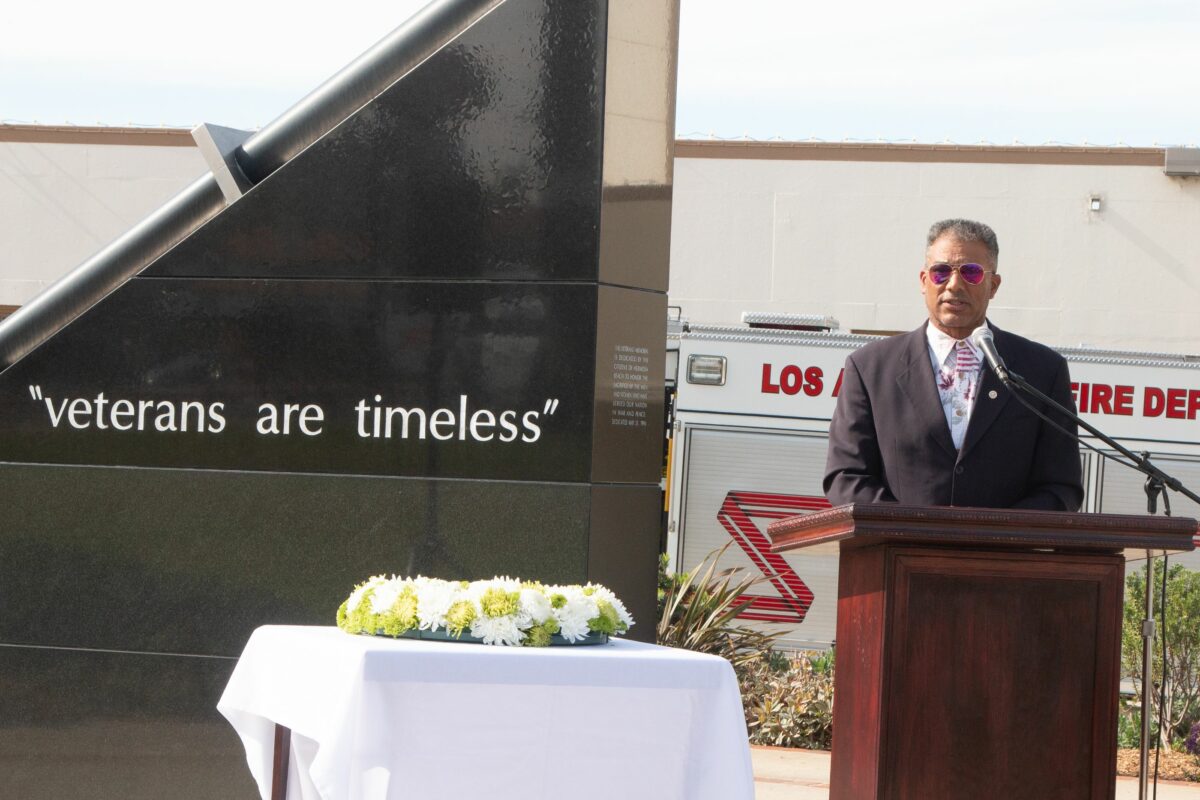 Hermosa Kiwanis presented a $1,000 check to Jackson for maintenance of the memorial by the Vietnam Veterans of America Chapter 53. 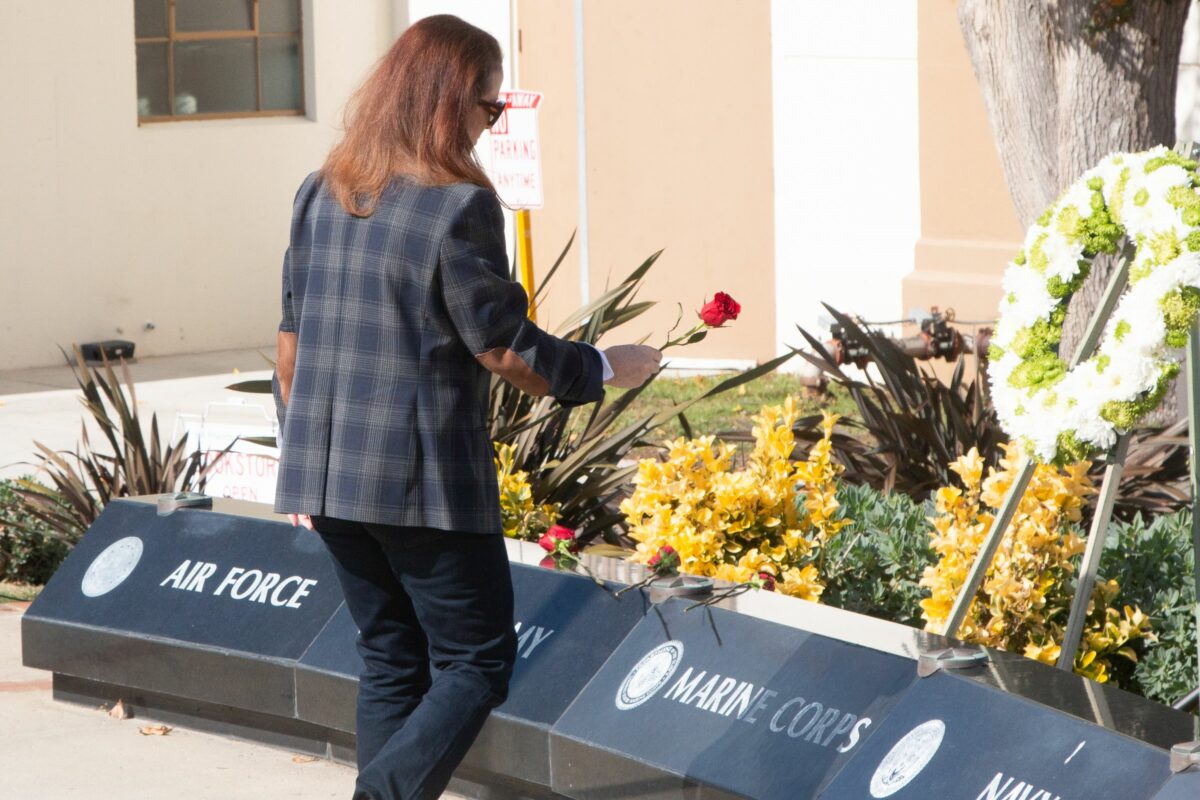 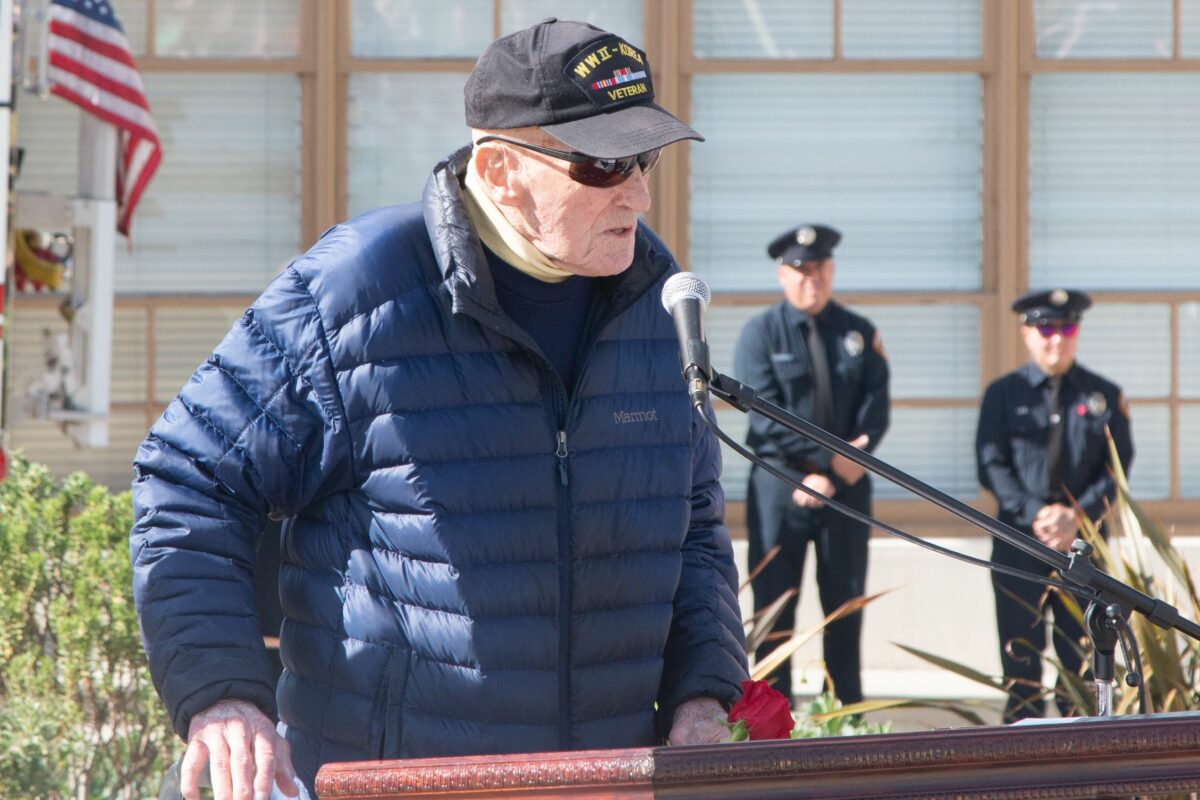 Mike Fleischer, 95, was the oldest veteran to attend last week’s Hermosa Beach Veterans Day ceremony. Fleisher served in the Navy in World War II and in the Korean War. 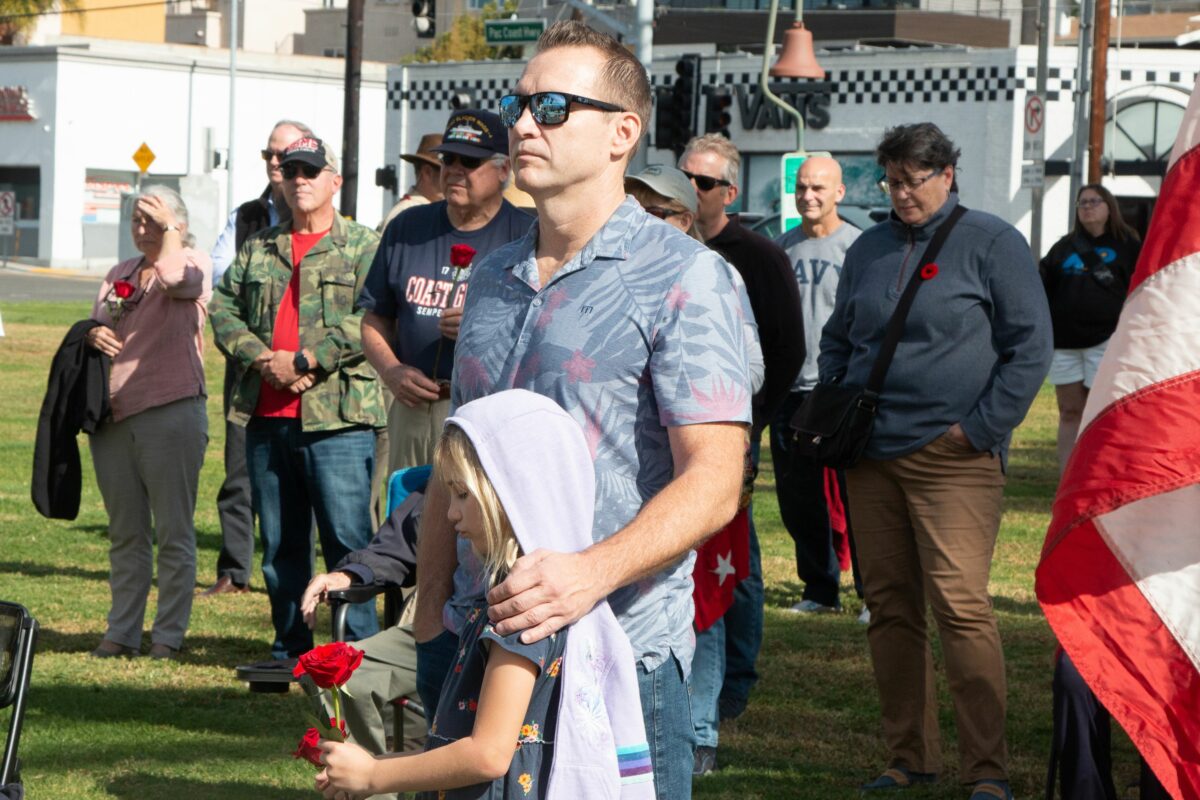 Simon Mattox, 49, the youngest veteran to attend last week’s Veterans Day Ceremony, with daughter Teagan. Mattox was an Army captain and Aviation pilot from 1995 until 2003. 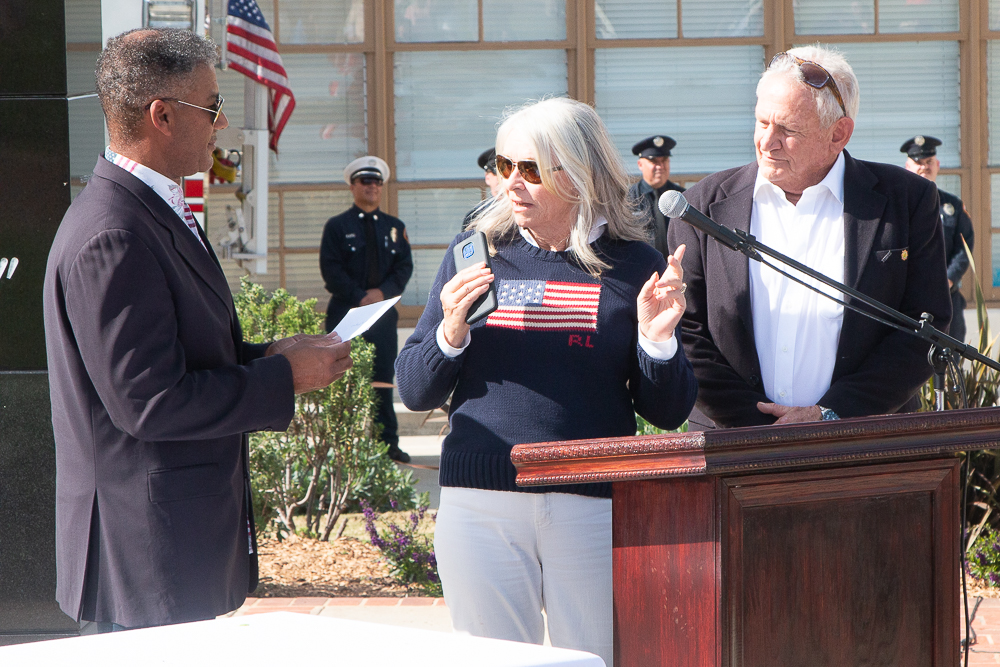 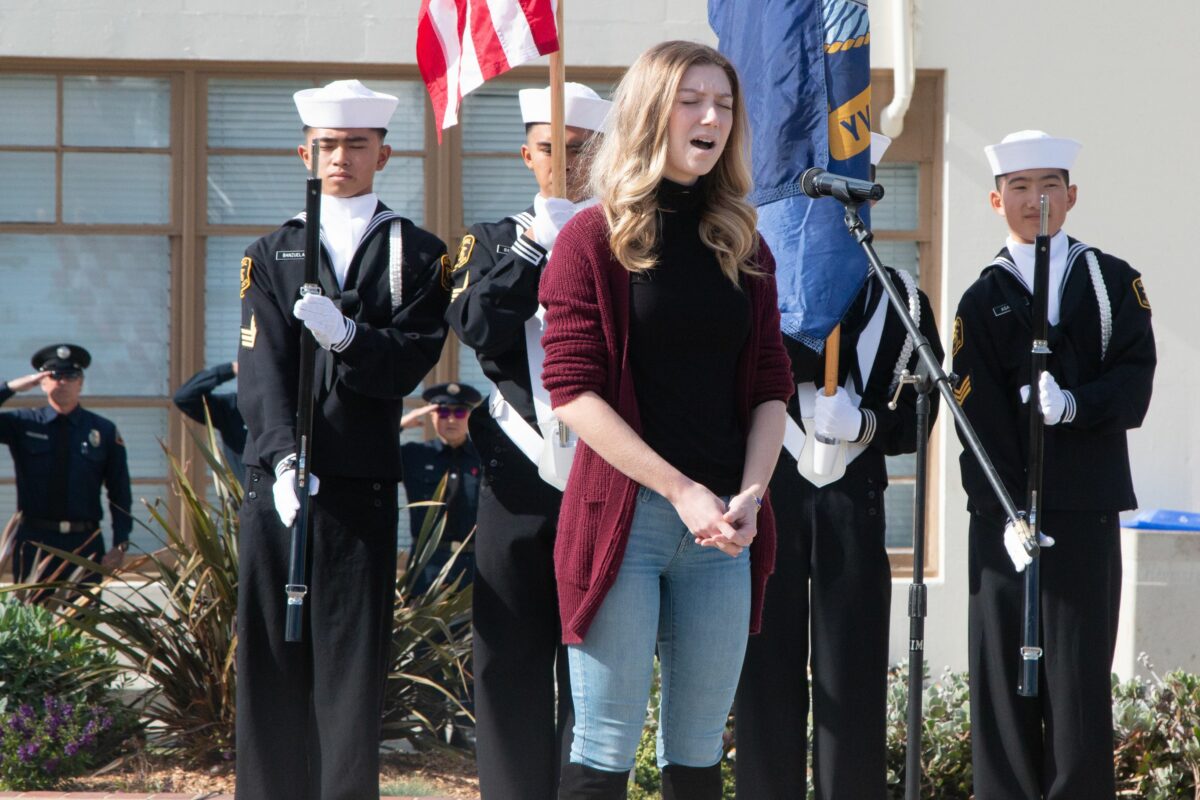 Isabella Blake Thomas, star of ABC’s “Once Upon a Time,” sings the National Anthem.