Surfing Santa brings smiles with surf to the beach cities 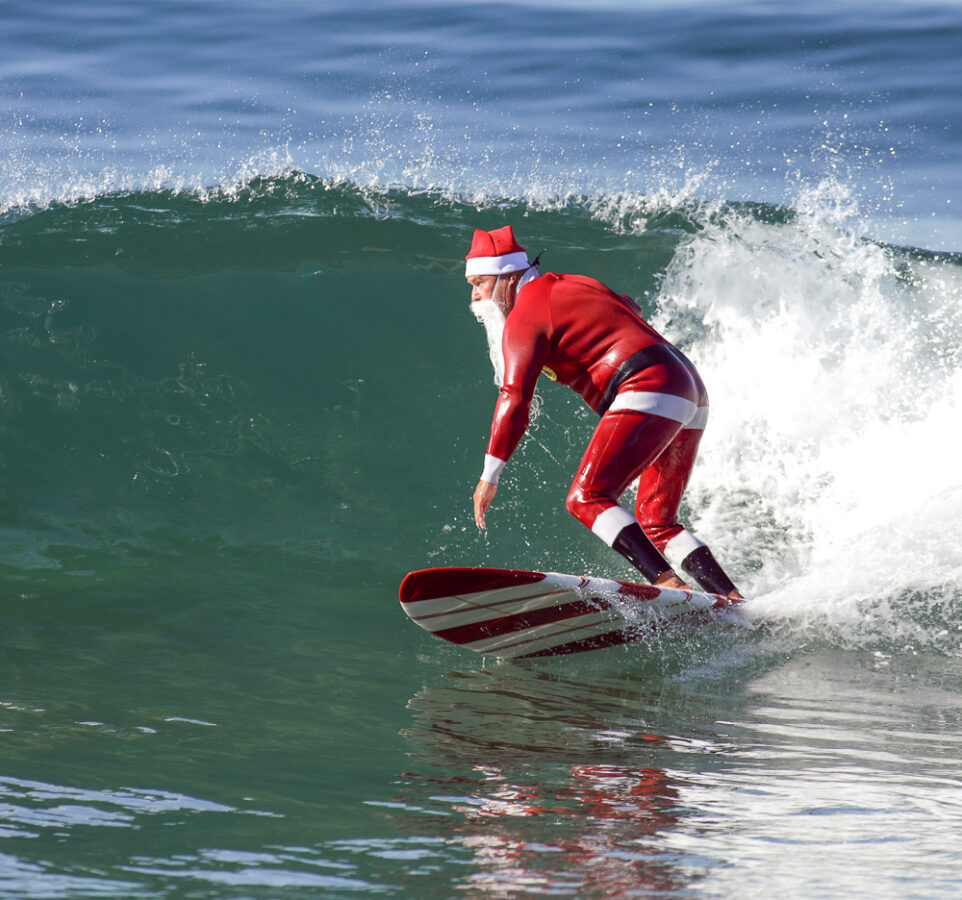 Hermosa Beach Surfer Walk of Fame inductee Derek Levy said he first aspired to be Surfing Santa over four decades ago, when he was on the Mira Costa High surf team, and saw Surfing Santa on Easy Reader’s cover.

The opportunity finally presented itself two years ago when surf instructor Vince Ray formally retired his Surfing Santa wetsuit after having worn it on Easy Reader’s holiday covers for over two decades.

Levy rides a custom designed, mid-size, high performance board, airbrushed red and white to resemble a candy cane. The new board was donated by Eddie Talbot, of ET Surfboards and shaped by ET’s Pat Ryan.

Like Levy, Talbot and Ryan are both members of Hermosa’s Surfer Walk of Fame. As are the now deceased Matthies, and Body Glove founders Bob, and Bill Meistrell, founders of Body Glove, which continues to donate Surfing Santa’s wetsuits. 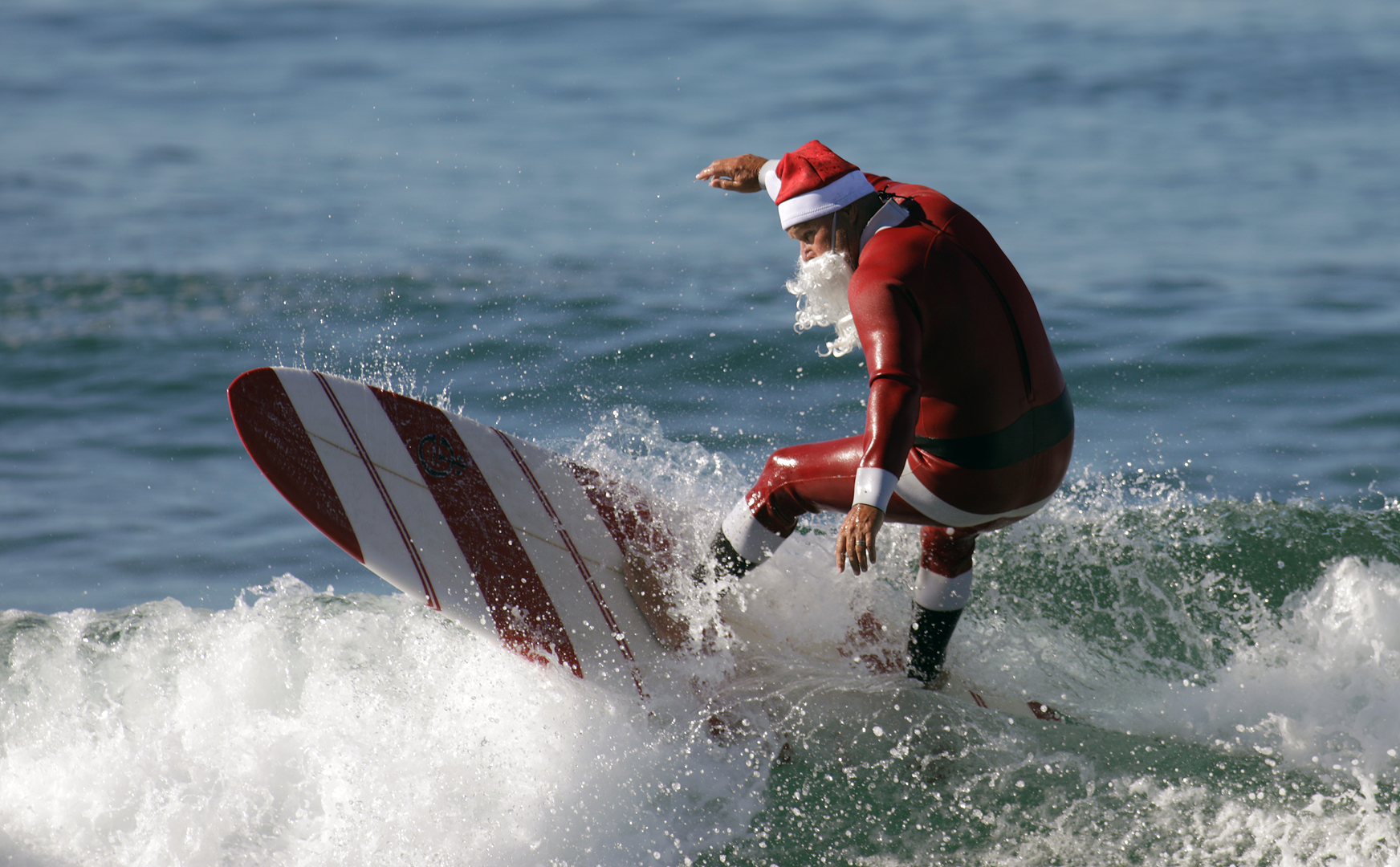 Easy Reader sports photographer Ray Vidal has taken most of the Surfing Santa photos over the past two decades.

“The surf, wind, tide and light all have to come together. But it always does. It’s a bit of a ‘Christmas Miracle,’” Vidal said.

Vidal has photographed Surfing Santa at the Redondo Beach Breakwall, Topaz Street, and Bluff’s Cove. But most years he has shot from the Hermosa pier, facing north as Surf Santa surfs into the pier with the rising sun lighting his face.

“Some years the lighting has been so beautiful people have asked me if I lit the shot,” Vidal said.

Since Levy became Surfing Santa two years ago, the photo has been taken at Neptune Street, on the Hermosa/Manhattan border because that’s where Levy grew up surfing.

Wherever the photo is taken, crowds gather, in the water and on the beach. This past Sunday, the South Bay Boardriders Club, which Levy helped found, invited people to have their photos taken with Surfing Santa, in exchange for donating gifts to the Beach Cities Toy Drive. People of all ages lined up on the beach for the photos. Among them was the Hermosa Beach Ironman family, which donated $500

“I’m not looking for fame,”  Levy said. “I just want to bring people a little happiness. Surfing Santa always put a smile on my face, and now I get to put a smile on other people’s faces. I hope to do this until I’m 100 years old,” he said. ER