Swagger and swish in the Middle Ages

“The Fantasy of the Middle Ages: An Epic Journey through Imaginary Medieval Worlds,” by Larisa Grollemond and Bryan C. Keene (Getty Publications, 134 pp, $29.95)

The Middle Ages, or the Medieval period, fits roughly between 500 and 1500 AD, or from ancient Rome to the Renaissance. If you’re thinking 1200, 1300, you’re on safe ground, and can picture castles and crusades, knights in rusty or shining armor, damsels in distress, various plagues and Monty Python prototypes. 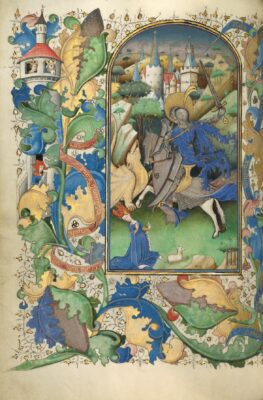 Picking up the lavender-tinted catalogue for the exhibition of the same name that runs through Sept. 11 at the Getty Center, it’s possible to assume that the focus will be on how our perception of the Middle Ages has inspired the arts of the modern era, from paintings to films and romance novels. However, it quickly becomes apparent that this is something different, largely a gay and lesbian revisionist history of that long-ago era. As the authors, Larisa Grollemond (she/her) and Bryan C. Keene (he/él/they/elle) make sure to remind us every few pages, “Medieval fantasy is often perceived as white, heterosexual, and cisgender.”

Well, true enough, and they point out, for example, that cinematic retellings of King Arthur mostly feature “conventionally attractive actors,” and we only need to look at Richard Gere, Sean Connery, Keira Knightly, and Jude Law to affirm this. Furthermore, the authors aren’t going to stick solely to Europe, where most if not all of what we deem the Middle Ages is located: Mark Twain’s 1889 novel, “A Connecticut Yankee in King Arthur’s Court” includes “racist attitudes towards Indigenous peoples of North America.” So what? Anyway, it’s a line that will echo at the tail end of the catalogue with the authors telling us that the Getty Center is located “on the traditional, ancestral, and unceded territories of the Tongva, Tataviam, Chumash, and other Indigenous peoples whose presence here stretches back in time immemorial and remains vibrant today.” And they’re bringing this up why? 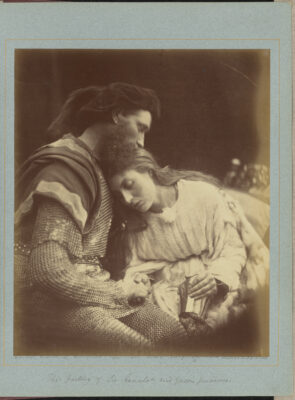 I’ll quote liberally, if you don’t mind. “Some myths about the period have created a misperception of the Middle Ages as predominantly for and about fully abled, white, wealthy, Christian, heterosexual, cisgender men (and sometimes women).” A fair assessment perhaps. Apparently what few of us have previously realized is that “Ideas about race, gender, and sexuality developed in myriad ways during the Middle Ages even if most works of fantasy have suppressed this diversity.”

This is backed up to some extent by highlighting the mixed cast of the TV series “Cursed” with its “powerful lead, lesbian nuns… and actors of color in several prominent roles, including that of Arthur.” After all, “Medieval Europe was home to Black knights and citizenry, as well as to queer individuals and relationships,” and so on. “There also exist many accounts of individuals who chose to dress and live according to their gender identity (rather than based on societal norms for their sex assigned at birth).”

One problem here is that many of the terms and expressions that pepper this book are of fairly recent coinage or repurposed for the current debate about sexual expression, which often as not seems to be the true focus of this book. At times the Middle Ages themselves appears to be an afterthought to some kind of odd agenda. Diversity, marginalization, inclusion, cisgender, and even white supremacy aren’t words or phrases that were thrown around much prior to the last few years.

Apparently, if this book is any indication, interpretations of the Middle Ages tell us more about the present than about the era itself: What exactly is Keene’s “he/él/they/elle”? We’re an open society in some ways, and very oppressed in others (from under what manhole cover did our current Supreme Court emerge?). We balance Pride parades with cancel culture, and so many popular films of late tend to feature teenage girls—black, brown, Asian—who singlehandedly outwit pirates or dragons or hired killers. Yeah, it’s about empowerment, I get that. But it can be a misleading and dangerous narrative. You don’t see teenage girls rushing over to the frontlines of Ukraine to battle the Ruskies, and for good reason.

The authors, thankfully, aren’t unaware that the language and labels they’re using might have baffled our Medieval forebears, labels which have been multiplying like rabbits in recent years. They write: 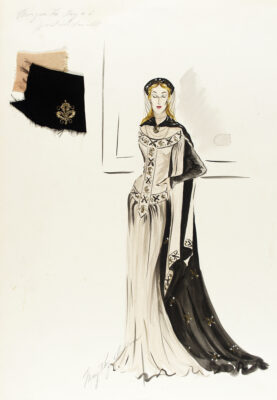 “We cannot know if an individual would have identified with terms developed in later periods, including heterosexual or homosexual, but also more specifically as lesbian, gay, bisexual, transgender, queer, intersex, asexual, two-spirit, and other gender nonconforming or nonbinary identities and sexualities (abbreviated as LGBTQIA2+)… We especially reject vile and harmful statements towards the queer and trans community made by some of the popular writers mentioned in this volume.”

In other words, anyone tempted to mock this gibberish will be canceled.

And those pleasant, innocuous Renaissance Faires that you may have attended? Apparently they’ve been infiltrated by white supremacists who promote ahistorical views, which are not only inaccurate but “perpetuate histories of trauma and harm, especially to people of color and other historically marginalized groups.”

No one can deny that there’s an apologetic hand-wringing movement underway to grovel at the feet of and to make amends to our “historically marginalized groups.” First example: “Join us for our historical and groundbreaking 2022/23 Season at the Mark Taper Forum,” crows the Center Theatre Group. “This season features an incredible lineup of all woman-identifying, transgender, or non-binary playwrights, veteran artists and new voices alike.” Second example: The new and forthcoming coins that will constitute half of the American Women Quarters Program (successors to the State and National Parks series). Of the first five, we have Maya Angelou, Wilma Mankiller, Sally Ride, Nina Otero-Warren, and Anna May Wong. In other words, a black woman, a Native American, a lesbian, a Hispanic, and an Asian. The second series includes Bessie Coleman, Edith Kanaka’ole, Jovita Idar, Maria Tallchief, and, whew, Eleanor Roosevelt. Basically, except for Roosevelt, it’s more of the same. Someone from a group that’s marginalized. If you’re wondering, what’s he in arms about, it’s that this set of 20 is off to a pathetic start, pandering to significant, I grant that, but largely second- and third-tier women of importance in U.S. history. Why Sally Ride (who went up in the passenger’s seat) and Bessie Coleman (because she was black and an Indian), when they could have honored an aviatrix like Amelia Earhart? And why Maya Angelou when you have Emily Dickinson, Edith Wharton, Gertrude Stein and Toni Morrison? With just ten more slots, how is this “program” going to fit in others like Helen Keller, Margaret Fuller, Clara Barton, Ella Fitzgerald or Georgia O’Keeffe? Answer, they’re not. They screwed up. I’m reminded of all the silly cartoon stamps the U.S. Post Office has been issuing. Bugs Bunny? Mickey Mouse? Scooby-Doo? No dignity in this camp either. 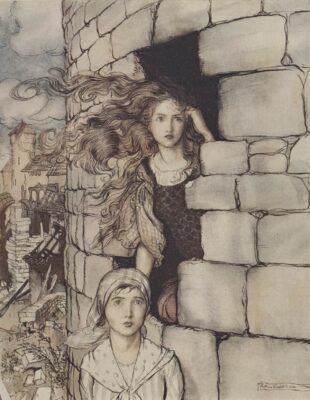 That seems like a long digression but it underscores what this book is a part of, more of a pandering to than a reconciliation with “the others” who have been mistreated or sidelined in the history of our country. It’s only right to acknowledge where we have gone astray, and to better our understanding of and tolerance for those different from us, but it’s a funny thing, too, that when you start hammering people over the head with dogma and preaching they react, and not always as you’d hoped. This is politically correct moralizing gone to hell. Too bad the authors and the publishers weren’t smart enough to soften the hammer and turn down the volume. ER