Jackson’s is back, better than ever in El Segundo [RESTAURANT REVIEW]

Returning to a restaurant you haven’t visited in a while can be like bumping into an old friend at a party – you’re glad to see them and eager to relive the good old days, but in the back of your mind, you worry that either you or they might have changed too much for […]

Establishment gets down to business in Hermosa Beach [RESTAURANT REVIEW] 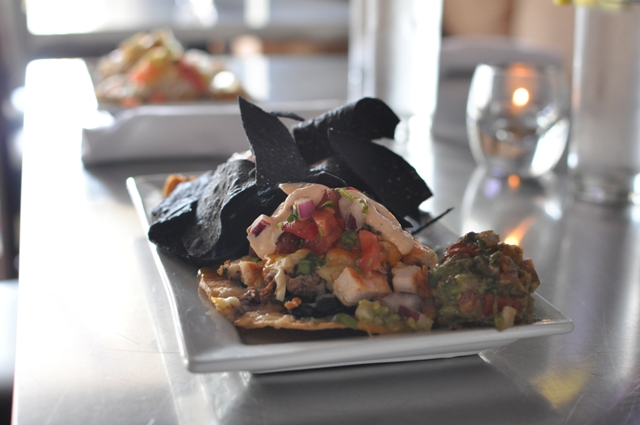 There are restaurants in New York City, Hollywood, and other bastions of hipness that make a point of their diffident attitude toward customers. This includes having no signage, phone, or other identifying marks – the idea is to convey that that they are so secure about being found by the cognoscenti that they need not […]

Second coming for Second City: the resurgence of a signature El Segundo restaurant

Restaurants are volatile things, and when one manages to remain both consistent and creative it is a marvel. The loss of a pivotal staff member, or worse, burnout on the part of someone who stays, can destroy the delicate balance. Restaurants that start out aiming high often go down one of two roads; they retreat […]

The photo of Mama Terano is a bit faded, and diners might wonder why the owner of a popular restaurant didn’t have a better one to hang on the wall. The clue is on the frame – the elderly Italian woman smiled for the camera in 1960, and didn’t live to see the restaurant with […]

There will always be a place in the world for restaurants that do a few things very well. In and Out Burgers has proven this on a grand scale with a menu that could be written on a thumbnail by anyone with neat handwriting, and innumerable pizza joints have proved it on a local level. […]

Arabic food has entered the American mainstream, so when you see a place called House of Pita, you have a pretty good idea of what to expect. Redondo’s newest Arabic restaurant confounds those expectations. Sure enough, favorites like hummus, tabouli, and kebabs are here, but the flavors are subtly different, and the specialty of the […] 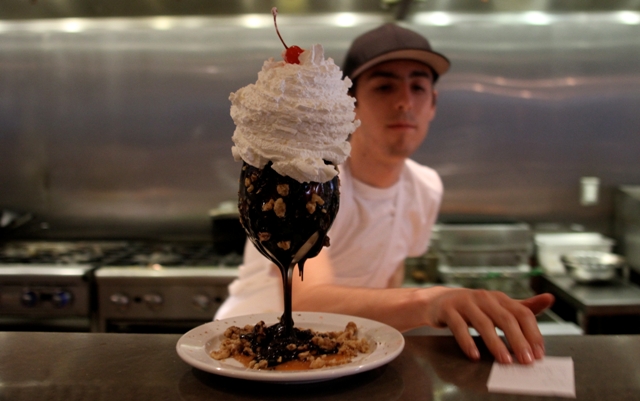 I rarely review chain restaurants because they rarely do anything interesting. I do make exceptions when I notice that a corporate chain is doing something ambitious, which is why Sammy’s Woodfired Pizza is getting a turn in the spotlight this week. I had seen their sign as I drove by Plaza El Segundo, and each […]

Sophie’s Place: a bounty of beautiful beer and a kitchen hitting its stride in Redondo Beach [RESTAURANT REVIEW]

The big chalkboard at Sophie’s Place dominates the room, and almost everybody who enters gives it a long, careful look. It’s a list of beers, most of them arcane brews from small producers, and if you have heard of as many as half of these you are in a rarefied circle of connoisseurs. I first […]

The Beach Cities have never been much of a destination when it comes to authentic Asian food. The landmark Chinese restaurant in the 1960s was Manhattan Beach’s Tai Song, which was more famous for ornate architecture than the taste of their tomato beef, and the food at Redondo’s Polynesian was assisted considerably by the several […]

El Segundo’s Standard Station serves noteworthy sides and tavern standards Car culture in America has spawned some symbols that are inexplicable to people who regard vehicles unsentimentally. None is more confusing than the roadhouse or restaurant that is decorated like an old garage, complete with tools and parts. Garages are dirty, noisy workplaces – why […] 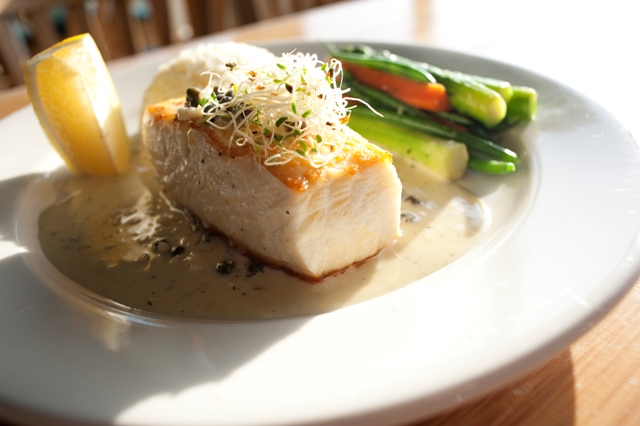 Boardwalk Hideaway Fusion cooking has become such a part of the American mainstream that we don’t even hesitate at the idea of a Korean short rib burrito. We approach hyphenated restaurants in a cheerfully adventurous mood, interested to see how cuisines combine. Occasionally we are in for a surprise, and the restaurant actually serves faithful […]

Gambrinus opened with a very limited menu and service that was amiable but frequently uncomprehending. The restaurant changed hands about six months ago, and both the selection and the service have changed for the better. The Galickis family all speak fluent English and seem to enjoy explaining Baltic dishes to customers whose knowledge of this cuisine is small to nonexistent, and their preparations of traditional recipes are the best I’ve found in Los Angeles. 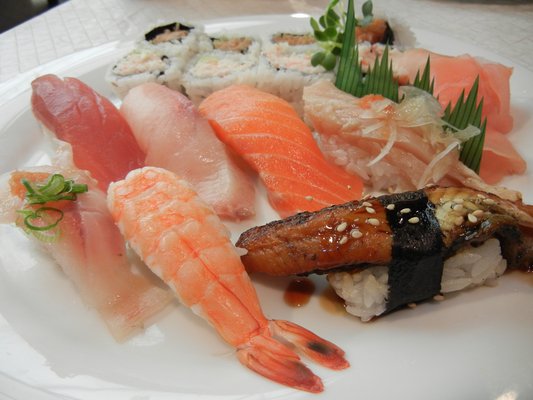 When you’re a fan of a restaurant that you think has their food and service just perfect, it’s disheartening to drive by and see a banner announcing a change of name and a new menu. While the change will always be portrayed as an improvement, you’re wary since you didn’t think it needed improving in […]

The first person who told me about Paul Martin’s American Bistro started by saying something puzzling. “It’s like Fleming’s, but without the steaks,” she explained. Fleming’s without steaks? Might as well say it’s like Baskin-Robbins without ice cream, or The Spot without vegetables. What could this be? I had to find out. Once there, I […]

Not all of these exotic cuisines are represented on the Peninsula, but there are a few gems within reach. Among them is Dragonfly Thai, a relatively new restaurant on the north side of the Peninsula Center. They’ve only been open for a few months, but they set standards for authenticity and flavor that will be hard to beat. This is a bit surprising because owner Emily Tjakra featured the cuisine of Indonesia, her home country, rather than Thailand at her previous restaurants, the Banyan and Chakra.