by Brian Cooley If you’ve ever been to our Wicked+ store at 145 Pier Ave., there’s a good chance you’ve heard our story. The one about how we accidentally started a retail shop that simply sells goods we like (from whole bean coffee to bikes, shirts and skateboards) out of an office we originally subleased […] 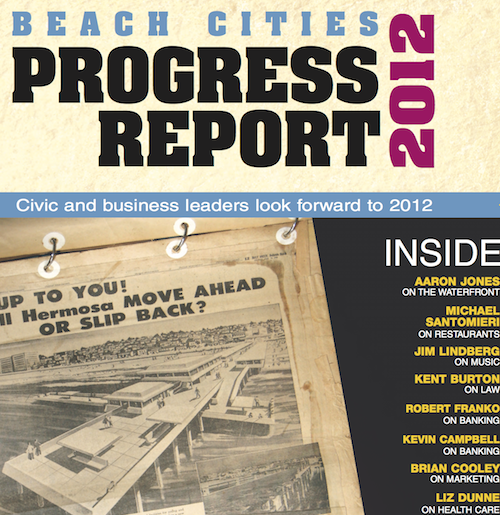 Easy Reader invited 20 South Bay business and civic leaders to share their thoughts on the most significant upcoming changes in their field.

Plaza El Segundo to turn (over) the corner

by Jan Sweetnam It seems like just yesterday that I packed my bags and moved my family from Manhattan Beach to the Bay Area. In reality, that was 10 years ago. With Federal Realty’s investment in Plaza El Segundo, I’m happy to be working once more in the South Bay. Along with our investment in […]

Last year at this time I was very concerned – stock valuations were high and we had already had an unbelievable run that began in March 2009. My conservative approach was appropriate, as 2011 proved to be a difficult year for most investors. Indeed, the average U.S. stock mutual fund lost a few percentage points […]

My Fit Foods wants workers passionate about nutrition My Fit Foods is holding a job fair on Saturday, January 28 and Sunday, January 30 for its soon to be open locations in Hermosa Beach and Torrance. The Texas-based company offers highly nutritional, prepared meals for take-home. The Hermosa Beach location is at 1025 Pacific Coast […]

“Live and learn,” Paul Hennessey said Tuesday afternoon, shortly after his former chief financial officer pled guilty to having embezzled $1.14 million from Hennessey’s restaurants and tavern business. “I have 800 employees and trust each one 1,000 percent. Then, the one person I trusted with the money was taking it,” Hennessey said. James Cram, 54, […]

Word on the street

By Ralph Doyle A Labyrinth of toys Landis’ Labyrinth toy store in downtown Manhattan Beach will celebrate its grand opening on Saturday with raffles that will include tickets to OVO (Cirque du Soleil). Owner Devoney Wolfus opened her first toy store in Hancock Park two years ago. The Manhattan Beach store opened October 1. It […] 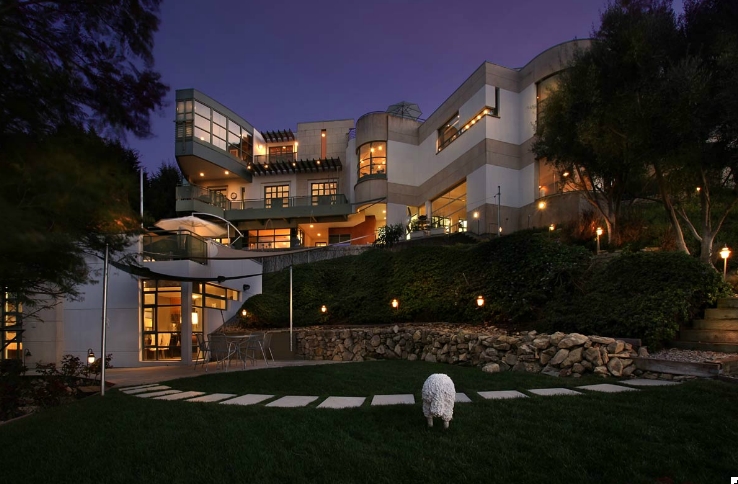 “Rooms that protrude from the main structure seem to float in the air at this three-story house atop the Palos Verdes Peninsula. Entered through a rotunda with a 9-foot-wide skylight dome, the glass, steel and concrete contemporary has expansive views of the Los Angeles Basin and the coastline” according to a Los Angeles Times story. […]

A group of South Bay professional surfers, organized by a local realtor who surfs, have established a website called Karmaky.com to encourage people to perform good deeds. Visitors to the web site who describe acts of kindness they have performed are sent a Karmaky T-shirt and a Karmaky bracelet, which resembles a name bracelet with […]

When Jack Tingley founded Beach Sports sixteen years ago, he was traversing new sands. Alongside fellow lifeguards Kip Jerger and Bruce Kocsis, Tingley created a platform for teaching surf and volleyball instruction at a scale that was non-existent on county beaches. “It wasn’t a big business thing at the time,” recalled Tingley. “[Instructors] would go […]

Hot’s Kitchen joins forces with the South Bay Chapter of Surfrider Foundation to raise awareness and funds for the Rise Against Plastics (RAP) Program. Kona beer served in customized glasses will be sold $6 for the first beer, $5 for refills 3-6 p.m. Reservations for the event for parties of eight or more are recommended […]

Carmageddon: Day of the Four-OJ-Five

When O.J. Simpson tore off his public mask and let his shadow run wild, he threw his coming-out party on the 405, riding its back in a white Ford Bronco with slow savor, an antihero atop a twisting multilane serpent. O.J. had come to ride the serpent, not to slay it. As he took his […]

Hot’s Kitchen in Hermosa Beach will host a fundraiser for the Surfrider Foundation South Bay Chapter on Sunday, July 17 from 3 to 6.p.m. Beer will not be sold in red plastic cups Instead pints of “Pints against Plastic” of Kona beer will be served in mugs, which can be purchased for $1. Pints will […]