Music Previews: Fartbarf at Texas Loosey’s and singer-songwriters at Suzy’s

Fartbarf I still hear people mumble about how these guys shoot themselves in the foot with a name like Fartbarf. Bottom line: they sound good, they look good, they perform good; so, those incapable of accepting their silly name may as well make an appointment with the podiatrist. Fartbarf call their sound more eclectic than […] 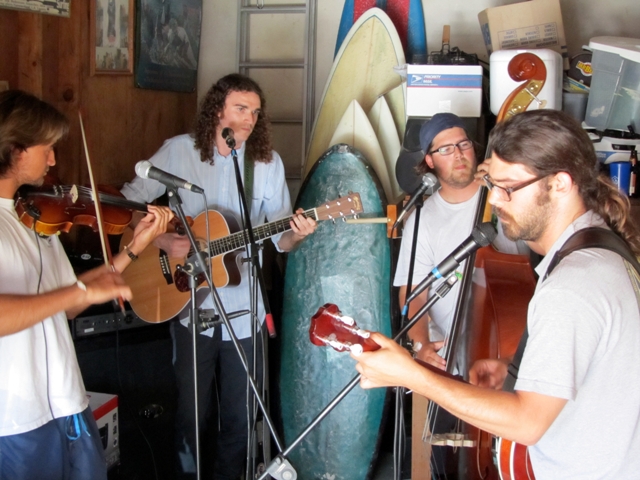 The Green Blossom String Band rides the wave of folk revivalism Folk is the foundation of all spoken word music (music with song). It is the most malleable form of music, capable of adapting any variation – from Celtic jig to brazen punk, Andean folklorico to whiskey-drinkin’ cowboy… Even blues is a type of folk […]

AllurA will see you in hell

Halloween’s that strange and special time of the year which allows us to be more silly, sexy, and spooky than usual, without feeling bad about it. It’s time for cobwebs, and hanging dead guys from the tree in your front yard, without it being weird. Time for zombies, jesters, heroes and villains, monsters and aliens, […]

Beacon of the Midnight Lamp

“In 2002 we were playing a ton of Hendrix songs… but we weren’t a Hendrix cover band, and didn’t want to be labeled one either… though, there was a relation, so we took the name Midnight Lamp from [the Jimi Hendrix song] ‘Burning of the Midnight Lamp’. As time would reflect, our musical message would […]

When asked where their band name comes from, Cab 20 replies with a facetious question in return… “Where did we all come from?” Some would say the loins of the Almighty. Crosby, Stills, and Nash imply that we’re all stardust from the remnants of a supernova explosion (looking for that nebula to fertilize). As for […]

Sitting by the Brook and River, listening

It’s obvious that Saint Rocke and Brixton have a pretty strong hold over the local live music scene in the South Bay; but in truth there’s good music all over. Smaller venues like the Side Door, VFW, Hermosa Saloon, Suzy’s, and Prince O’ Whales, all consistently offer live music entertainment. It seems that just about […]

“Joey tried to kill me in the back of the Bandpax limo coming home from a party in Hollywood. We were hanging out with the guys from Bandpax and they have this bitchin’ ’84 Cadillac limo… We went to some event where there was free whiskey, so we were all hammered… I was talking about […]

Maybe they’re among us. Imposters. Walking among us even here in the South Bay – studying us, helping us, or plotting our demise. Perhaps your co-worker, choked by a “tie,” restricted by “underwear,” adhering to “9-5,” is actually gathering information for an intelligent planet revolving around a warm star in a distant galaxy. Or possibly […]

The Irie State of Mind: a new album from Fortunate Youth 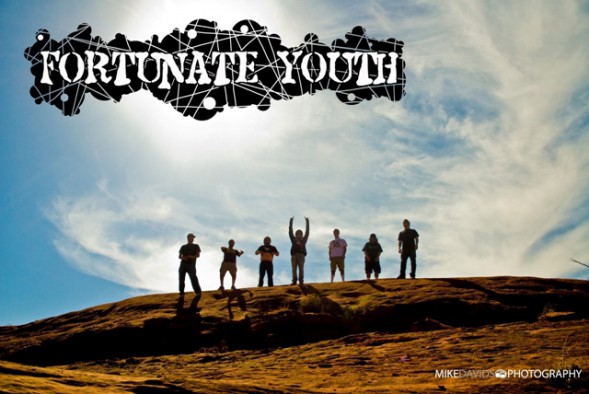 I’ve lived in the South Bay for nearly 30 years. I’ve skateboarded, bicycled, and ding-dong-ditched more no-name streets than most residents know exist; and I don’t use PCH to get everywhere I need to go. I remember walking past Mrs. Gooch’s and the pet store to get a scoop of black cherry at Thrifty for […]

You ever listen to “A Boy Named Sue” by Johnny Cash/Shel Silverstein and “Gimme Danger” by Iggy and The Stooges, and try to figure out what they have in common? At the least, musically you might be a bit confused; lyrically you may pull some strings together… and then at last, you may wonder how […]

Getting Candid with Canor: Q & A with Alex Hiner

Q: Who is Canor? (pronounced “ka-nor”) A: Me (Alex Hiner), Collin Kleinman, Andrew Bordeos, and Nick Medina. I was born in Redondo… have also lived in Palos Verdes, Torrance, and now Lomita… went to South High and Shery. Collin is from Redondo Beach, and attended Redondo Union High School. Andrew grew up in Torrance and […]

My general rule of thumb is: If it’s got banjo in it, it’s probably awesome. The only thing that makes banjo better is a violin accompaniment. Fiddle is like the fair maiden upon the shore, bereft from her traveling banjo-mister lost at sea; lying in wait, while crooning songs of adventure and longing. And when […]