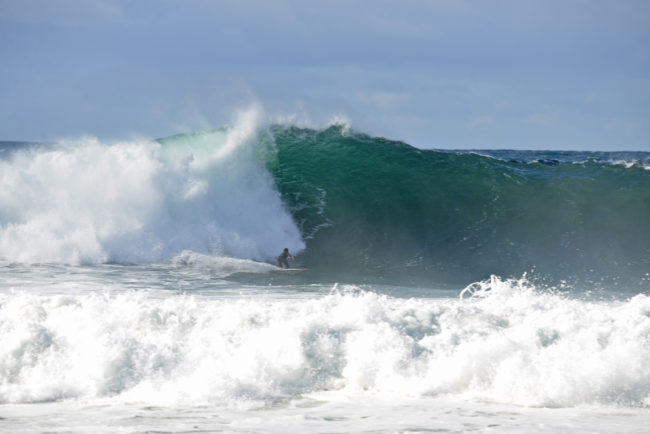 Angelo Luhrsen and his number one surf bro and fellow big wave charger Connor Beatty could not decide whether to paddle out or not. The Redondo Breakwall was macking. The other Breakwall locals were sitting on the wall, watching. Spectators were gathered on the beach next to the Chart House, drawn by the Thursday, January […]

by Mike Purpus In the early 1960s, surf movie posters were hung in the windows of all the hangouts. Hermosa Beach’s Foster’s Freeze, Winchell’s Donuts, (both long gone) and Mickey’s Deli (still kicking) and Stan’s Liquor Store in Manhattan Beach (also long gone) were just a few of the establishments with posters in the window. […]

The return of “The Endless Summer”

Director Bruce Brown and his classic film celebrate its 50th year at the South Bay Film and Music Festival by Ed Solt It’s hard not to see the South Bay’s presence in Bruce Brown’s “The Endless Summer”, the groundbreaking 1966 film that introduced authentic surf culture to the masses. During the opening sequence introducing “the […] 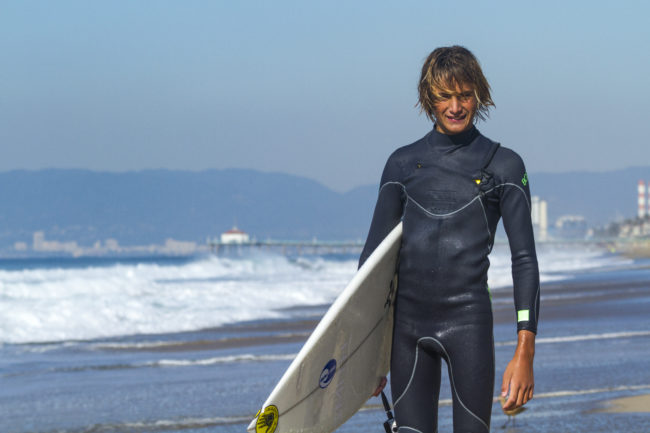 All photos courtesy the Browning family by Ed Solt Parker Browning is part of a surf legacy if he so chooses. His father is Greg Browning. The senior Browning was the South Bay’s part of the “Momentum Generation,” a crew of surfers that included young guns Kelly Slater, Shane Dorian and Rob Machado who were […]

From Robots in Space: This short surfing film is called “Secret Goldfish.” The title was taken from a story the main character’s brother in “Catcher In The Rye” wrote. As we flew into Miami to catch our connecting flight to Nicaragua, I was reading the book. Flying into Florida airspace, we hit turbulence. Not just normal […] 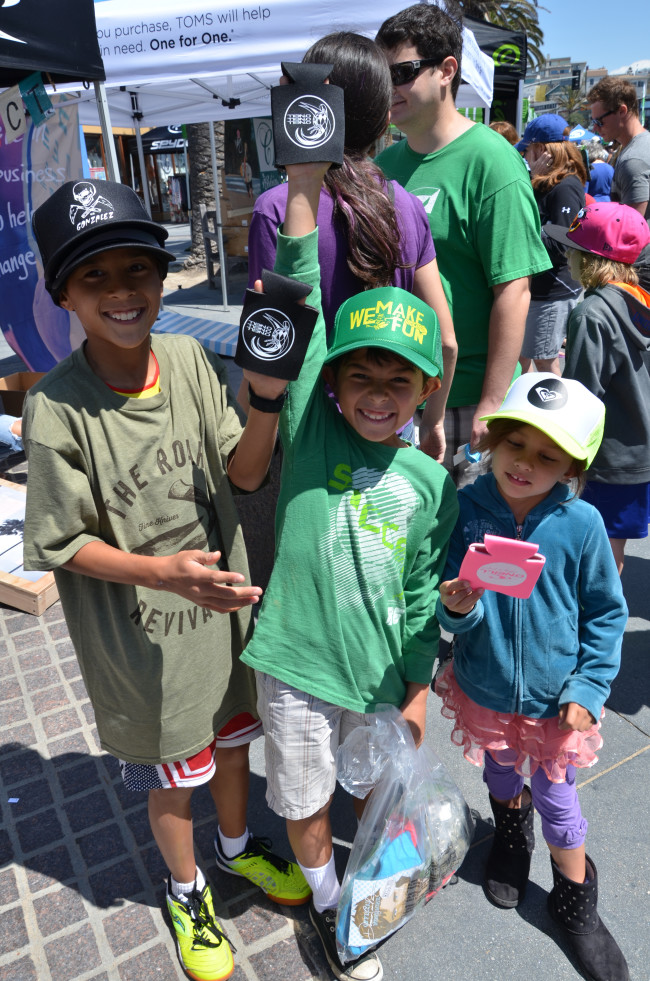 Spyder Surf Fest will celebrate local surf culture for the ninth consecutive year Saturday on Pier Plaza, from 10 a.m. to 6 p.m. The festival will showcase the hottest surfers, brands, fashion, and music. “As in years past, Spyder Surf Fest is all about the industry and families getting together and having fun as we […]

When the South Bay Boardriders Surf Series began six years ago, organizers were criticized for not having enough women competitors. The club responded by adding women’s divisions and the women responded by ratcheting up their numbers and level of competition each year. 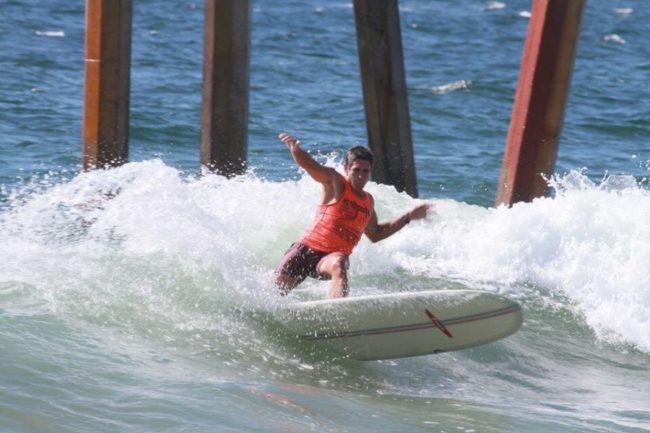 By Ed Solt Six hundred and fifty seven days ago, local longboarder Jeremy Porfilio felt it was do or die for his freedom to surf. He’d heard a rumor that the company he worked for was relocating its entire operation to a more business accommodating and welcoming Midwest state. Ten days here or two weeks […] 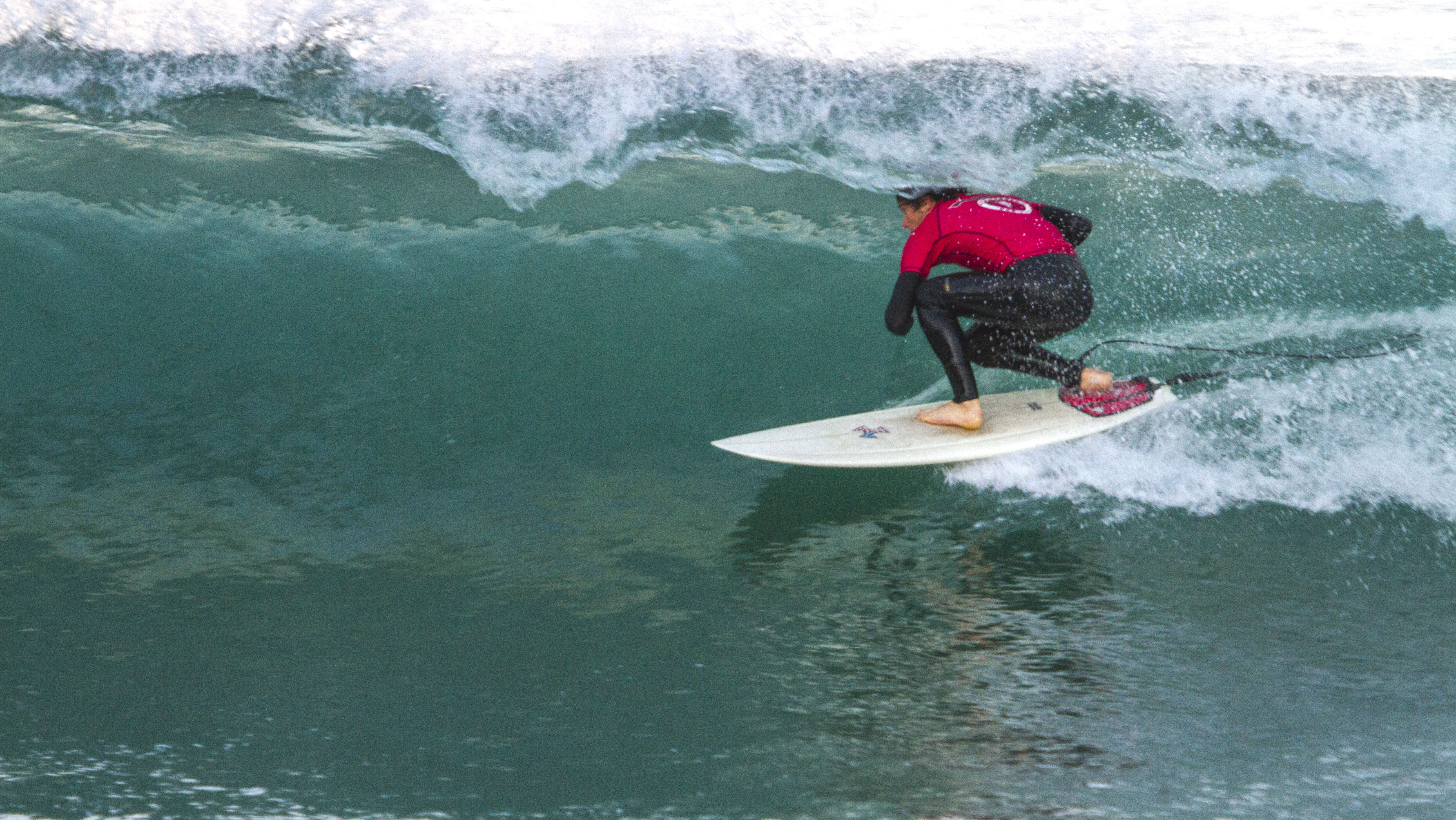 by: Ed Solt Palos Verdes High School’s Jack Rowan took to the longboard, shortboard, and bodyboard for the past four years as a multi-threat for the Sea Kings. In his high school career, the senior’s ability to adapt to his own self-shaped surf craft made him one of the standouts in the South Bay Scholastic […]

The December South Bay Boardriders’ contest was canceled because the waves were too small. The January and February contests were canceled because the waves were too big. Then Saturday morning, the fourth contest date in the six contest series looked like it might have to be aborted because, as SBBC president Mike Balzer said, “Hey, we have waves. You just can’t see them, yet.”

by Ed Solt Photos by Saul Zaragoza Redondo Union High School and Palos Verdes High were tied for second in the South Bay High School Surf League when they met last Friday at the Hermosa Beach Pier. “These teams are the most evenly matched in the league,”  League director Dickie O’Reilly said before the meet. The […]

by Ed Solt all photos by Brad Jacobson of CivicCouch.com After a week in which the ocean reminded them that she still can get flat, local surfers  were greeted by a surprisingly strong northwestern El Niño winter swell Friday morning. What made this particular swell unique is that it fell well under the radar […]