By Mike Purpus and Ed Solt The 11th Annual Ratopia Surf Contest got underway in 1 to 3 foot frozen zippers last Saturday morning at Torrance Beach. It was so cold judging the first heat that the judges thought we were up in Big Bear waiting for the chair lift to open. “The water is […]

Photos and story by Ed Solt The South Bay Scholastic Surfing Association presented by Subaru Pacific resumed after the Thanksgiving break with South High taking on El Segundo High at Torrance Beach December 9. After losing to Mira Costa in a landslide two weeks prior, South claimed the pride of their local beach and beat […]

Positively Jen: How Jennifer Stevens lived through the San Bernardino shooting and kept her kindness intact

by Ed Solt Jennifer Stevens recognized Syed Farook. They both worked for the San Bernardino Environmental Services Department, where Stevens had started working part-time last May, shortly before graduating from UC Riverside. In mid-November, Stevens was hired full time. Her goal was to become an environmental health inspector. It was work she loved. Stevens, 22, […]

During the summer of 2005, lifelong surfer Denny Bales, born and raised in Palos Verdes, was diagnosed with Hodgkin’s Lymphoma disease. He was 21. “We all were in college in our spirits were high,” said Nick Weber, one of the founders of Ratopia Surf Classic. “It was a shock at the age when we all […]

A Day of Barrels in the South Bay

The South Bay is know for it’s block long closeouts.  Once or twice a year a swell comes along and produces legitimate waves.  This day saw one of those swells. Surfers include: Conor Beatty, Bryce Lowe-White, Matt Hinson, Chris Wells, Chris Frohoff, Andy Prunauer, Easton Jones, Kyle Brown and others. 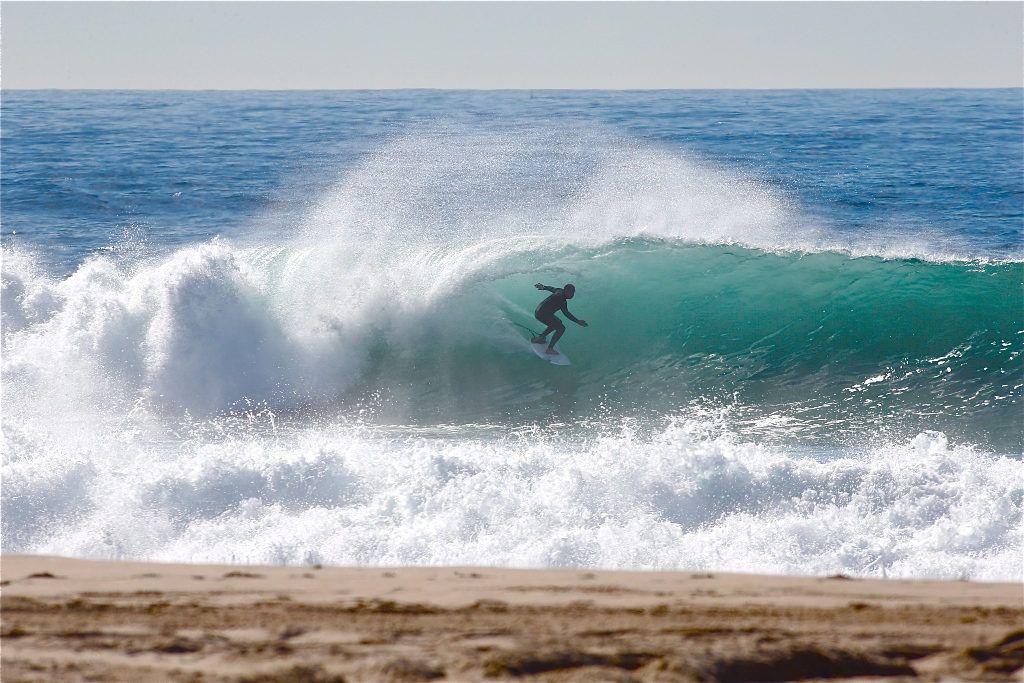 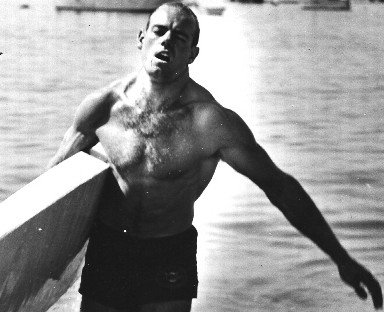 Bob Hogan, one of lesser known South Bay waterman pioneers, is revered by those who know the impact he had, not just by founding the Catalina Classic, which kept paddleboard racing alive, but in establishing the South Bay waterman tradition.

Lined up closeout waves hit Manhattan Beach on Tuesday December first as a head high plus swell made it’s way into the South Bay.  Noah Collins, Wil Reid, Chris Wells, Easton Jones, Flavio Pires and others make the best of the early December swell. Because Manhattan Beach has not had many sizable swells yet this […]

“When I was learning to surf, I’d watch Brian the Hall brothers and Marco Franco at the pier and Brian was the best, the best in the world because he was the nicest,” Marcus Fender recalled.

Photos by Eddie Solt M1SK organized another killer “Hey Turkey” Art Show the night before Thanksgiving, celebrating local art and culture. The artwork was diverse, ranging from the lens work of Brent Broza to the comic satire of “The Bubble” by Ian Freshman. All work centered on South Bay cultural roots. 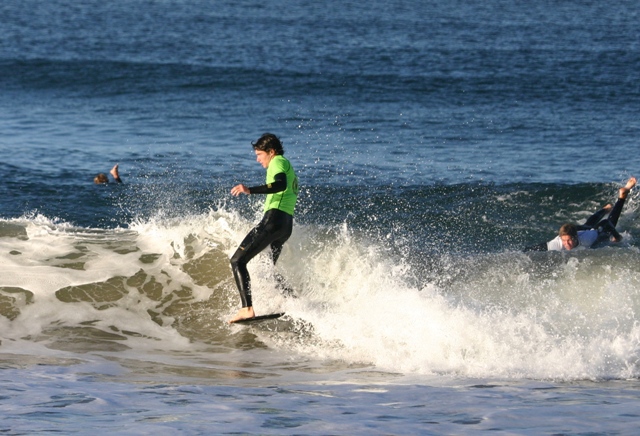 The South Bay Scholastic Surfing Association made the rounds to 38th Street in El Porto, where a rebounding Palos Verdes High beat El Segundo High last Thursday. Both teams were hungry for a “w.” A week earlier, South High beat PV in the closest meet of the season so far while El Segundo was dominated […] 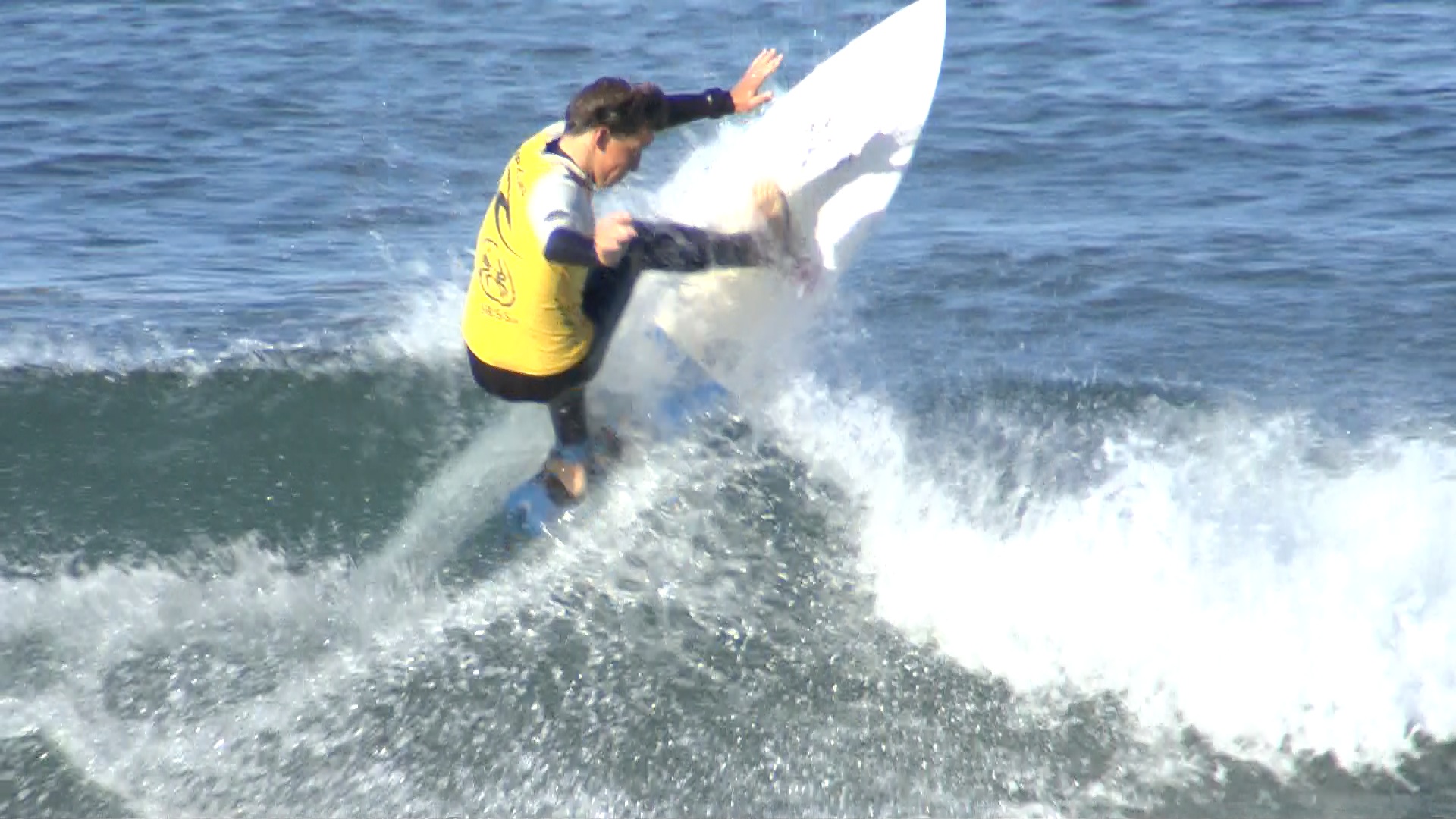