Oil check The City Council will meet in closed session March 9 to discuss Hermosa’s options in a potentially bankrupting breach-of-contract lawsuit by Macpherson Oil Company, which once planned to drill from a city-owned location. An appeals court recently returned the long-running lawsuit to a lower court, in a partial victory for the city. The […] 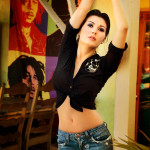 “Everybody has a graveyard of denim in their closet that has become old and boring,” said Jayime Bailey, designer and co-owner of the Jayime Jean and Tristan Christopher Showroom in Hermosa Beach. “Instead of buying another pair of designer jeans, why not just bring in the ones you already have and get a new look?”

A 12-year lawsuit that could bankrupt the City of Hermosa Beach has been sent back to square one by an appeals court ruling, in what amounts to a split decision for the city.

The $500 million breach-of-contract lawsuit by Macpherson Oil Company had been on hold while a state appeals court considered a long-shot request by city officials to dismiss it altogether.

Courts had previously ruled that the city was guilty of breaching Macpherson’s oil drilling contract, and high stakes were riding on the city’s request: if it was granted, Macpherson’s lawsuit would simply go away…

by Robb Fulcher After Shannon Hammer lost 110 pounds – and continued to keep that weight off – she found that if she wanted the ideal companion book for her ongoing adventure, she would have to write it herself. The result is The Positive Portions Food & Fitness Journal, which can be used as a […]

by Stacey A. Morse Patrons are rarely invited to touch works of art, but an exception is made at the “Touchable Art – Untouchable Artist” installation now up at Java Man coffeehouse. A meet-the-artist will be Sunday morning, Feb. 1, and the exhibit will close Saturday, Feb. 27. Jon LaMar’s touchable art began with mailboxes […]

Police Memorial A memorial for Hermosa Beach Police Lt. Tim Turek, a Medal of Valor honoree who passed away from a rare cancer of the bone marrow two months ago, will be 4 p.m. Wednesday, Feb. 24 in the City Council chambers, Valley Drive and Pier Avenue. Turek was decorated along with officers Dana Reinhardt […]

Teens pulled from a mighty riptide 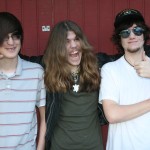 Three teens were thanking the lifeguards for their lives after they were pulled from a powerful riptide as long as the Hermosa Beach Pier.

by Robb Fulcher The City Council has agreed to place business-sponsored signs with ecological messages on roadsides, rejected a plan to regulate party-hardy rental homes, and finalized water conservation measures. The council moved to contract with the company EcoMedia to place at least eight signs with environmental messages on Hermosa streets. The signs will also […]

Local prayers and aid for Haitians

A man pushes a shopping cart down a rubble-strewn street. Hermosa churches, service clubs and schools rallied to the aid of earthquake-ravaged Haiti, helping to send food and water, medical aid, tents and more to the impoverished nation that suffered a disaster Jan. 12 that galvanized much of the world. At Hope Chapel and St. […]

No plans to ask voters for money

by Robb Fulcher Hermosa voters will not be asked for money to help maintain school playfields and a gymnasium, unless there is a dramatic reversal in the momentum against the plan. The city School Board had considered placing a ballot measure for more funding before voters, who have rejected two previous funding measures. But last […]

The year was 1980. An explosive punk rock scene was taking off. The influence of British punk and new wave music had traveled half way around the world to Hermosa Beach. Local kids who embraced the movement imitated it not only in music, but also in fashion, outwardly expressing their newfound defiance against the norm. […] 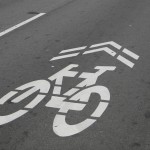 Workers have placed signs along Hermosa Avenue, and painted symbols on the roadway itself, to let bicyclists know they can occupy a full lane going each way.

City sticks to guns with eatery

The Hermosa Beach City Council stood behind the police chief in a bid to close a Pier Plaza restaurant at midnight, beating back a last minute plea to let it stay open until 1:30 a.m. After a sometimes agonized debate Tuesday night, the council decided not to fetter Chief Greg Savelli as he prepared to […]

City limits water use and planting

by Robb Fulcher The City Council has joined neighboring towns by moving to limit the daily water use of residents and businesses, as three years of drought have shrunk California water reservoir levels by 25 percent. The council also moved to impose some restrictions on landscaping. The council unanimously green-lighted two new ordinances governing water […] 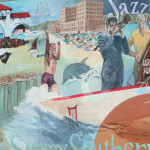 A dozen or more western Hermosa buildings would sport large painted murals depicting the city’s history and culture, if a newly forming nonprofit group with three ex-councilmen has its way.