Football: USC will be holding a Spring Football Rally Saturday at 3 p.m. at Pier Plaza in Hermosa Beach. Rally includes giveaways, autographs and a chance to win USC football tickets. The Redondo Beach Youth Football & Cheer is now taking mail in registration. Forms can be downloaded at eteamz.com/redondobeach and mailed to RBYFC, P.O. […]

Aquatics: April 11 is the deadline to sign up for these two sessions of Junior Lifeguard Conditioning Program, where you can train to pass the Jr. Lifeguard Swim Test or a Conditioning Workout for Returning JGs. Space is limited. Session 1 begins today – May 2, Mon/Wed/Thurs, from 4:30 – 5:30 p.m. ($120.), Session 2 […]

Dedication: Mira Costa High School’s track & field program will dedicate the newly installed Bob Fish Memorial Record Holder’s Wall on Wednesday, March 20 at 3 p.m. at Waller Stadium. Working with coaches Robert Calderon and Moe Russell and the boosters, Fish had the record board created. It was one of his last acts before […]

Running: The annual GI Joe Spring Pier-2-Pier Run/Walk will be held Saturday, March 2 at 7 a.m. Runners compete in the sand from the Hermosa Beach Pier to the Manhattan Beach Pier and back. The top two male and female runners receive a dog tag and gift certificate toward new running shoes. T-shirts, goodie bags […]

Olympians and members of professional teams weren’t the only athletes in the area to gain notoriety in 2012. Following are a few of the year’s top sports stories in the Beach Cities. For month-by-month highlights, visit easyreadernews.com. Mustang volleyball team among nation’s best Mira Costa’s boys volleyball team finished its 2012 season with a 19-match […]

Sports Highlights of the Year

Olympians and professional stars weren’t the only local athletes to make news in 2012. Following are month-by-month highlights of sports stories in the world of sports and the issue dates they appeared in the Easy Reader. January 12 – Mira Costa’s boys water polo team handed Palos Verdes its first league loss since 2007 to […]

At the end of the two-mile Dwight Crum Pier-to-Pier race, the first two swimmers finish in a dead heat, according to the clock 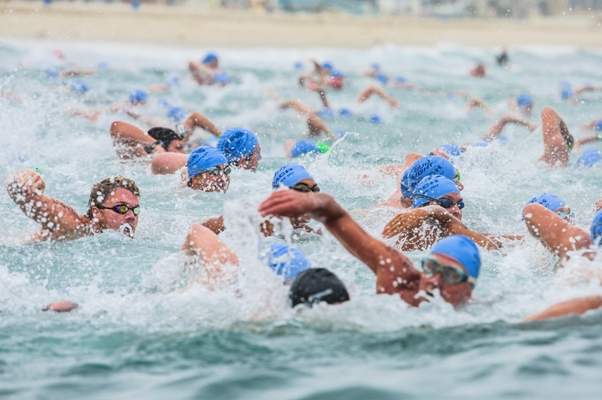 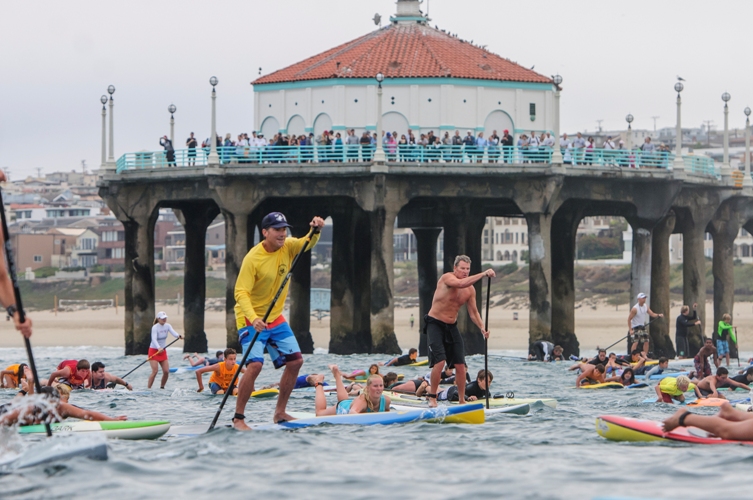 Photos by Ken Pagliaro (KenPagliaro.com) Manhattan Beach photographer Ken Pagliaro jumped in the water at the start and again at the finish of the 2012 International Surf Festival Velzy/Stevens Paddleboard race on Sunday, August 5. The 1.5 mile race from the Manhattan Beach to the Hermosa Beach pier drew nearly 200 paddlers on prone and […]

At 6:45 a.m. on Saturday, the sky over the Manhattan Beach pier was cloudy, the temperature agreeable and the atmosphere serene. Then, suddenly, a foghorn sounded and the heat was on, literally. 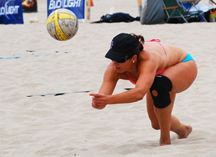 When the City of Manhattan Beach opted to move the two-day Charlie Saikley 6-Man volleyball tournament from Saturday and Sunday to mid-week, organizers of the International Surf Festival felt there may be something lacking at the weekend event that showcases the best of athletic achievement on the sand and in the surf. They contacted Chris […] 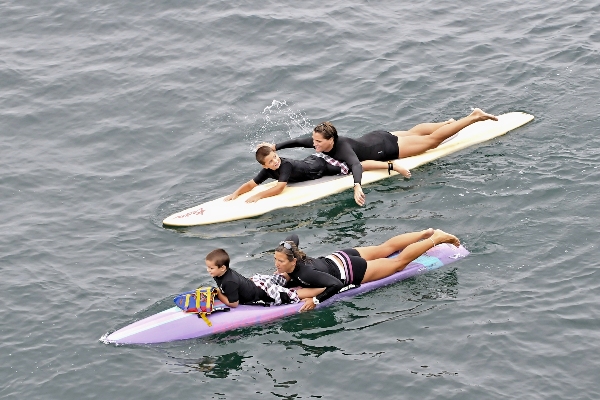 Photos by Frank Goroszko, Mara Laine, Kevin Cody While the 193 paddlers entered in the International Surf Festival/Velzy Stevens Paddleboard Race were making their way through the surf to the starting line at the end of theManhattan Beachpier,Adam Buckleywas paddling the opposite direction, toward shore. “Where’s registration,” he screamed to a passing paddler. Told it […] 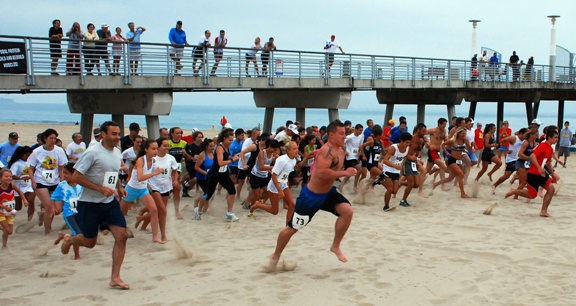 During the summer of 1988, Jeff Atkinson was representing the United States as a runner in the 1,500-meter race at the Olympics held in Seoul, Korea. Twenty-four years later, the Manhattan Beach native was still competing with the Olympics on his mind, although this time, he was running for Mira Costa, his high school alma […]

As the Beach Boys’ “Fun, Fun, Fun” played in the background, a crowd gathered at the Hermosa Beach pier on Saturday to watch the Junior Lifeguards compete in the annual Taplin relay. The Taplin relay kicks off with the 150-meter dash on the sand, followed by a 250-meter ocean swim and a 400-meter paddleboard leg. […]

As a stadium-sized light lit up Hermosa Beach Saturday night, 16 men of the LA County Central team attempted a five-peat in the International Surf Festival’s Judge Irving Taplin Medley Relay. And a five-peat is just what they achieved. From start to finish the Central team held the lead, but they gained most of their […]