The Gopher Trapper: Jeff Roberts’ pursuit of varmints in the South Bay

Jeff Roberts kneels down onto a sea of ants and readies himself. His protective gloves are stiff and smell of death. The ground is eerily quiet. The box trap lies half-wedged into the soil like a casket that’s been dug up. Many times he’s been bitten. He slowly pulls out the trap, exhales and flips […]

Mystery still surrounds the death of Rebecca Weiss, a free-diver whose body was found Aug. 18 in the waters below Terranea Resort. So far, a cause of death has not been ruled in the case. A LA county coroner’s official said toxicology or tissue samples were requested, which could take up to eight weeks. Weiss, […]

Principals across the Palos Verdes Peninsula Unified School District were forced to make tough decisions over the summer as the pie of available resources shrunk even further this year. Classroom sizes got a little bigger. Programs were cut in some areas. And teachers are innovating more than ever. Now that the school year began last […]

Mountain bikers could see more access to trails at the Palos Verdes Nature Preserve and Abalone Cove Shoreline Park and Ecological Preserve if, as expected, the Rancho Palos Verdes City Council decides the matter Oct. 4. The proposal drew lots of public input last May when it first came before the council after a series […]

Rancho Palos Verdes officials are getting anxious to remedy a problematic landslide before the rainy season. Two landslides – one dubbed the Terrapaka slide, the other the San Ramon slide – begin at Marymount College and converge at the bottom of 25th Street above the 242-home Palos Verdes Shores Mobile Home Park. When it rains, […]

Opening celebration for new Family Resource Center On Sunday, June 10, Harbor Interfaith Services’ opened its new three-story, 15,000-square-foot Family Resource Center, which will give the agency room to serve approximately 17,000 homeless and working poor clients each year. The event featured a ribbon-cutting ceremony, hosted wine, music and dinner on a terrace overlooking the […]

Sunset Serenade On a beautiful moonlight night with many guests dressed for a day at the Derby strolled about bidding on numerous silent auction items while sipping on cocktails and passed hors d’oeuvres prior to dinning on a delectable feast of entries catered by Christine Brown served on an expansive lawn in Rolling Hills. Funds […]

Former Olympian Jeff Atkinson stood before the team of cross-country athletes he coaches on a recent afternoon at Malaga Cove Plaza. “How many of you are planning on watching the Olympics this week,” asked the Palos Verdes High School coach, wearing the same outfit as the students – red shorts and a white T-shirt. A […]

The Palos Verdes Peninsula Unified School District inked agreements with its teachers and classified employees that mark a sign of the times for a district struggling to prepare for the possibility of drastic budget cuts from the state. Representatives of the Palos Verdes Faculty Association agreed to a school year calendar that includes 176 days […]

Southern California Edison received a tongue lashing from Rancho Palos Verdes Mayor Anthony Misetich last month over power outages and fires that have plagued the Peninsula over the past several years and especially lately. “The number of power outages that I get complaints from residents about is staggering,” Misetich told Edison representative Marvin Jackmon at […]

The Palos Verdes Peninsula Land Conservancy prepares for a gala event next month as the organization switches gears When supporters of the Palos Verdes Peninsula Land Conservancy toast glasses next month at Terranea Resort they’ll be celebrating some important milestones for the non-profit that’s been able to secure more than 1,600 acres of open space […]

The Falconers of Terranea [PHOTOS]

What began as a bird abatement program turned into an attraction From a guestroom balcony at Terranea Resort, a young family gets an up-close look at one of nature’s most spectacular flyers. A Peregrine Falcon skirts the tops of palm fronds that surround the resort’s swimming pool and comes to rest on a nearby railing. […] 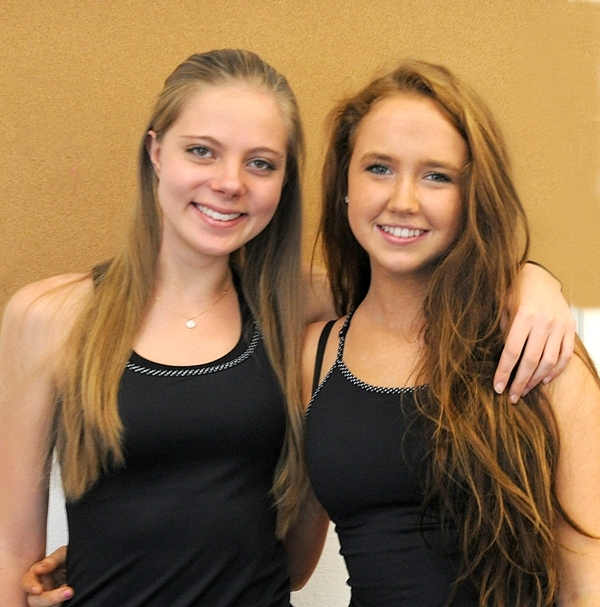 Cheryl Douglass and Tara Innab have been friends since they were toddlers. Growing up in Palos Verdes, the sixteen-year-olds met through ice-skating and both have been competing in the sport since they were 9. Next year, the two will travel to Spain to compete for an international title on behalf of the Los Angeles Ice […]

Norris Act II Fashion Show Act II, a support group of the Norris Center for the Performing Arts, presented its annual fashion show and luncheon, “Spring into Spring” This past May at the Harlyne J. Norris Pavilion. This year, the show featured legendary and historic fashions from the past, present and future provided by The […]