Mexican, the way it used to be [Restaurant Review] 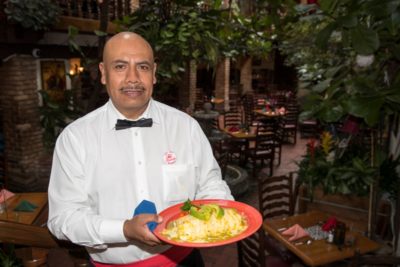 The illusion at Pancho's is as potent as the margaritas.

The illusion here is as potent as the margaritas 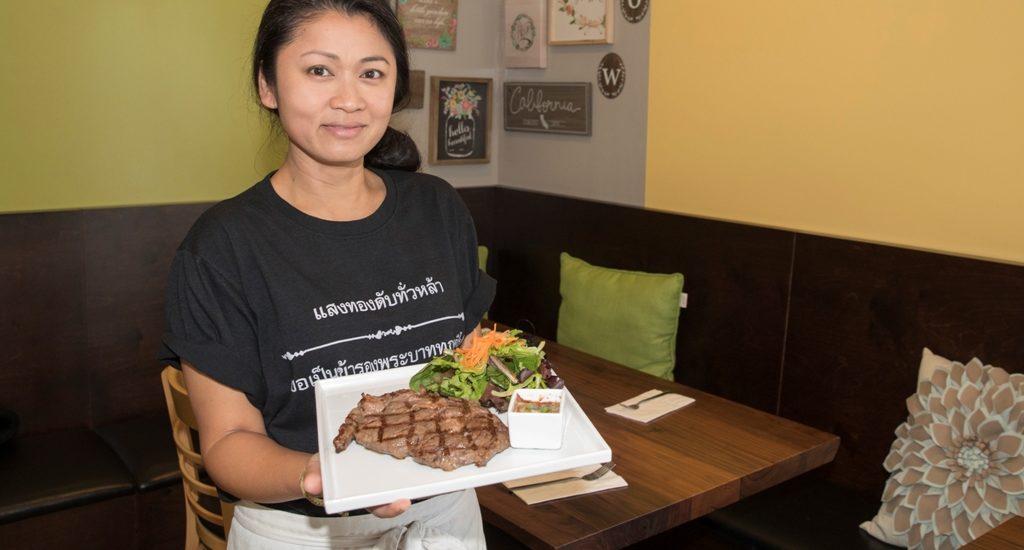 The Garden Thai in small strip mall restaurant has little going on when it comes to ornamentation, but their cooking has the subtle use of powerful spices that is the hallmark of Thai cuisine. 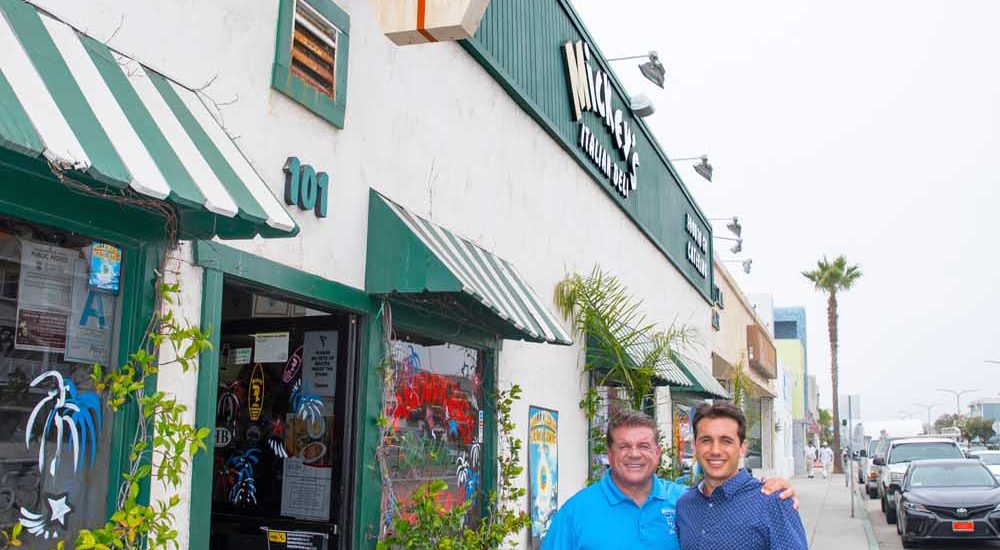 by Richard Foss In 1953 Dwight Eisenhower was President, Elvis Presley graduated from high school, and a fellow named Michelangelo Mance started a deli in Hermosa Beach. His clientele included surfers who showed up with whatever pocket change they could scrape together. To keep them happy he started selling marinara sauce sandwiches for five […]

by Richard Foss I’m glad I don’t have a peanut allergy because I like places with peanut shells on the floor. Bars and restaurants that have them are carrying on a great American tradition. The oldest example cited by historian Andrew F. Smith a 1803 New York newspaper column written under the name “Philo Drammaticus.” […]

True to a different tradition

by Richard Foss Friends who travel to Japan on business regale me with tales of meals that cost more than I paid for my airline ticket on my last trip. I’d like to visit those places, but would be more interested in humbler meals at pushcarts called yatai. These start out looking like a box […]

The Art of Tea (and Sandwiches) [Restaurant review]

The 100-page tea menu includes a guide to tea terminology and the art of reading tea leaves. The staff knows tea and will enhance your experience

by Richard Foss When I asked the Chado Tea Room manager how many varieties of tea were available, he sadly told me that there were only 398. There are 405 on the menu, but seven are seasonal or were out of stock. I assured him that I expected to find something I liked […] 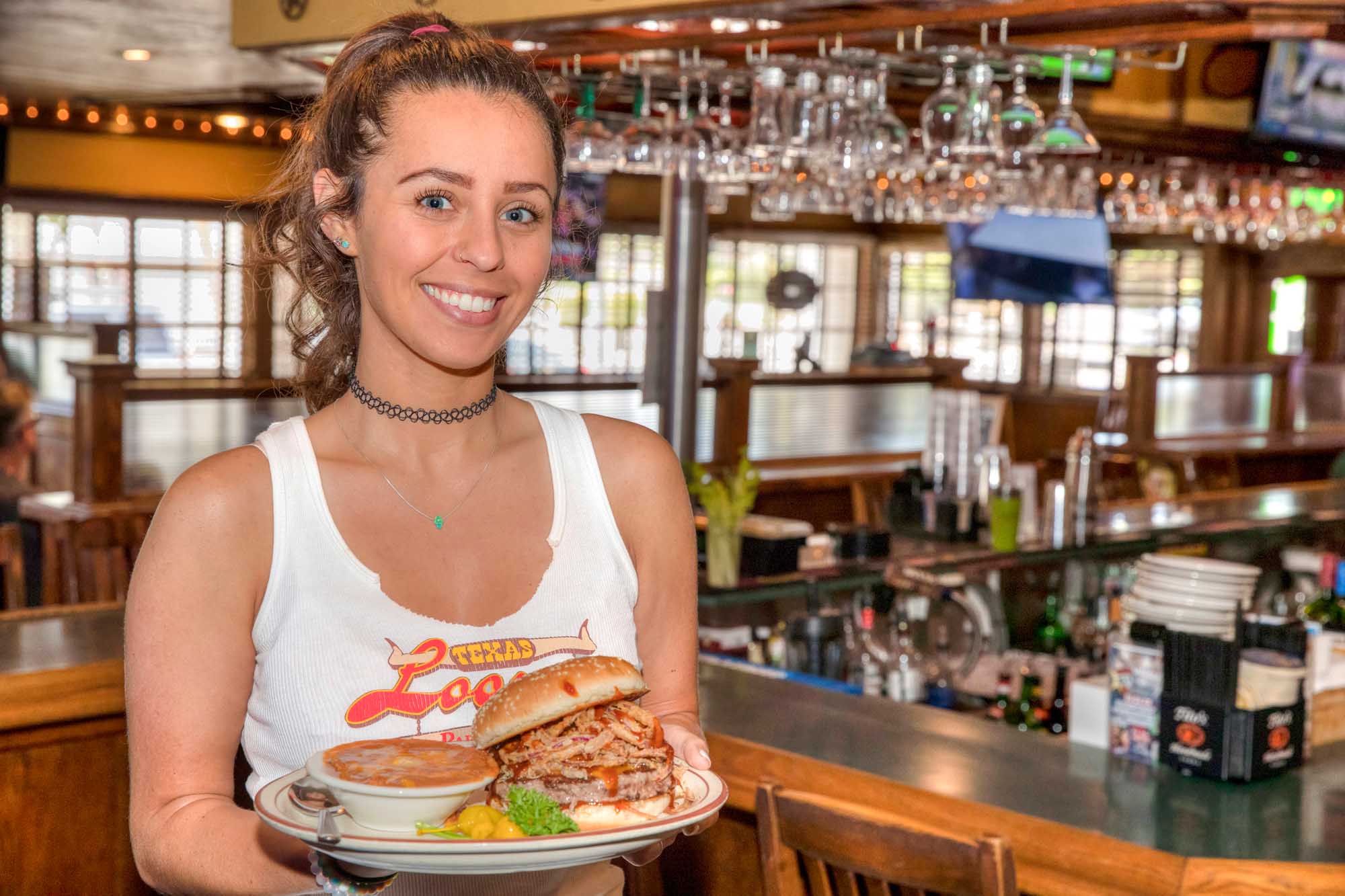 by Richard Foss The South Bay has a time machine, but it only takes you to 1982. That was when Texas Loosey’s Chili Parlor & Saloon opened, featuring pretty female servers in salacious uniforms, loud Southern rock, cheap cocktails in lurid colors, and a boisterous atmosphere that fit the era of big hair and padded […] 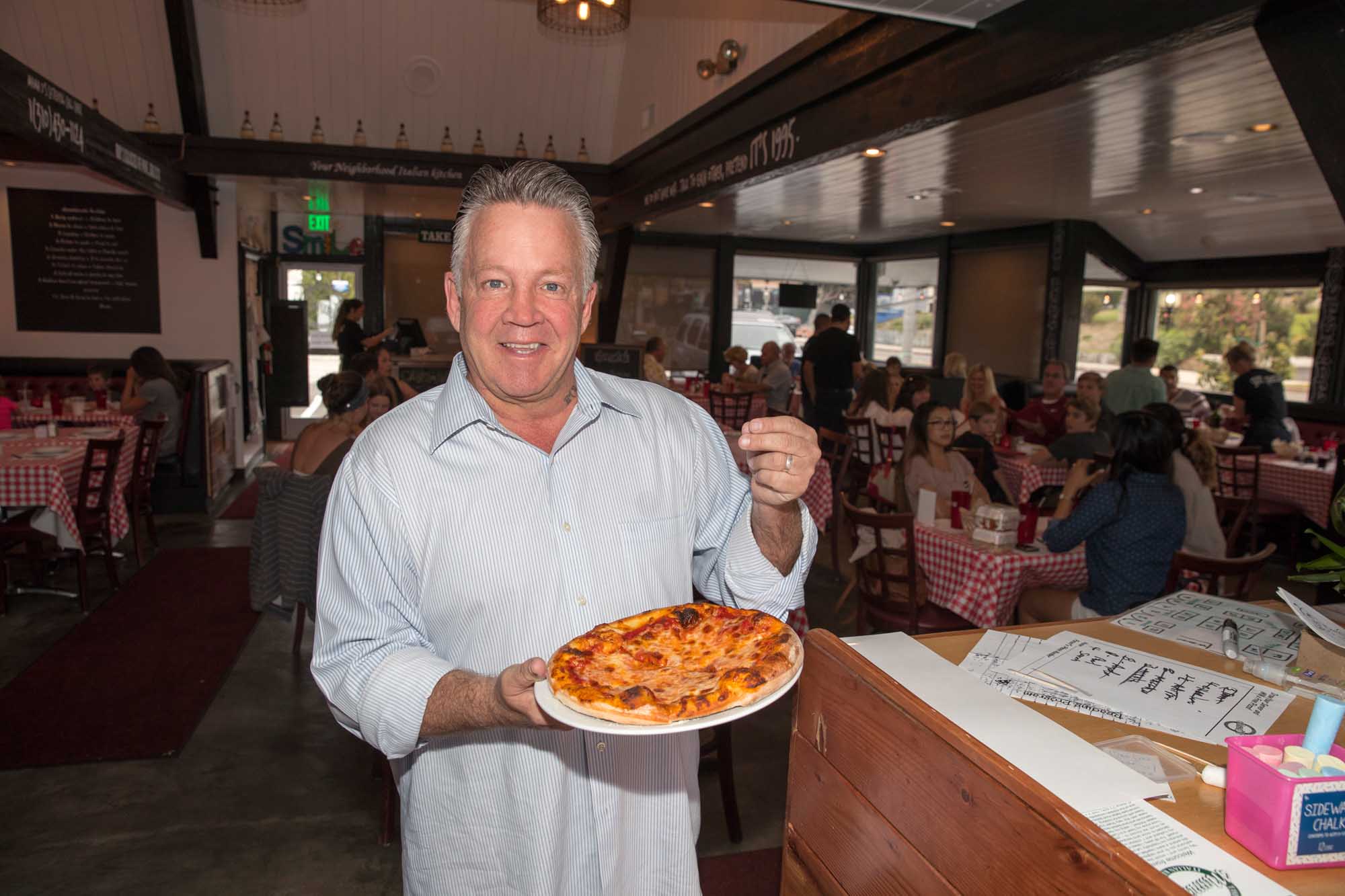 by Richard Foss Architecture creates expectations, and it can start communicating something about a business at first glance. You could be illiterate and still know what El Torito serves because of the hacienda look, and the same is true of places like Izakaya in Manhattan Beach, Captain Kidd’s, or any Denny’s in the world. That […]

The future has arrived at Brewport Tap House [RESTAURANT REVIEW] 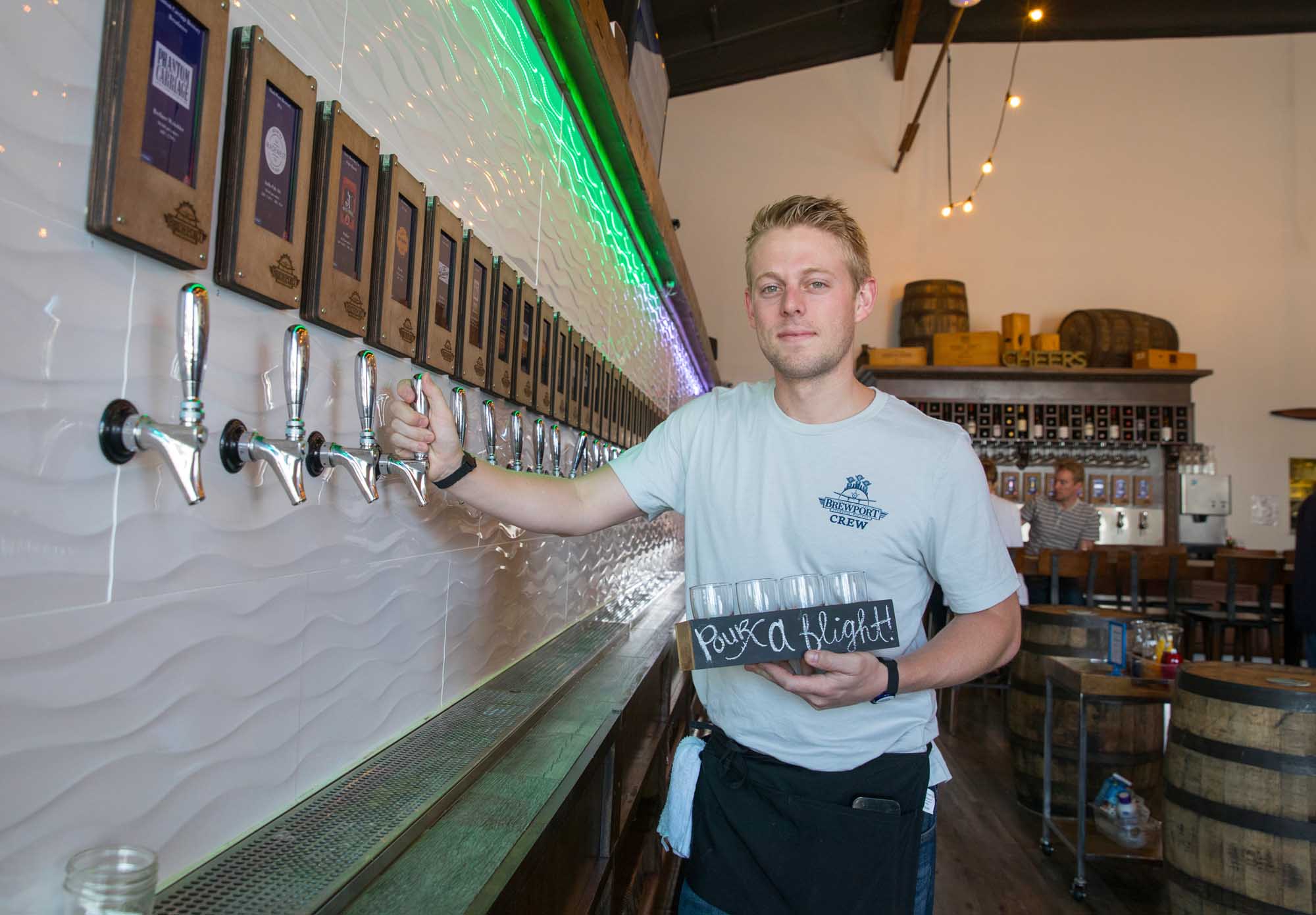 by Richard Foss Here’s a tip for your first trip to Brewport: take a jacket with you even if it’s a warm day. Not that you’ll want to wear it, but so you’ll have something to put over the back of your chair. You’ll be getting up a lot during your visit, and that way […] 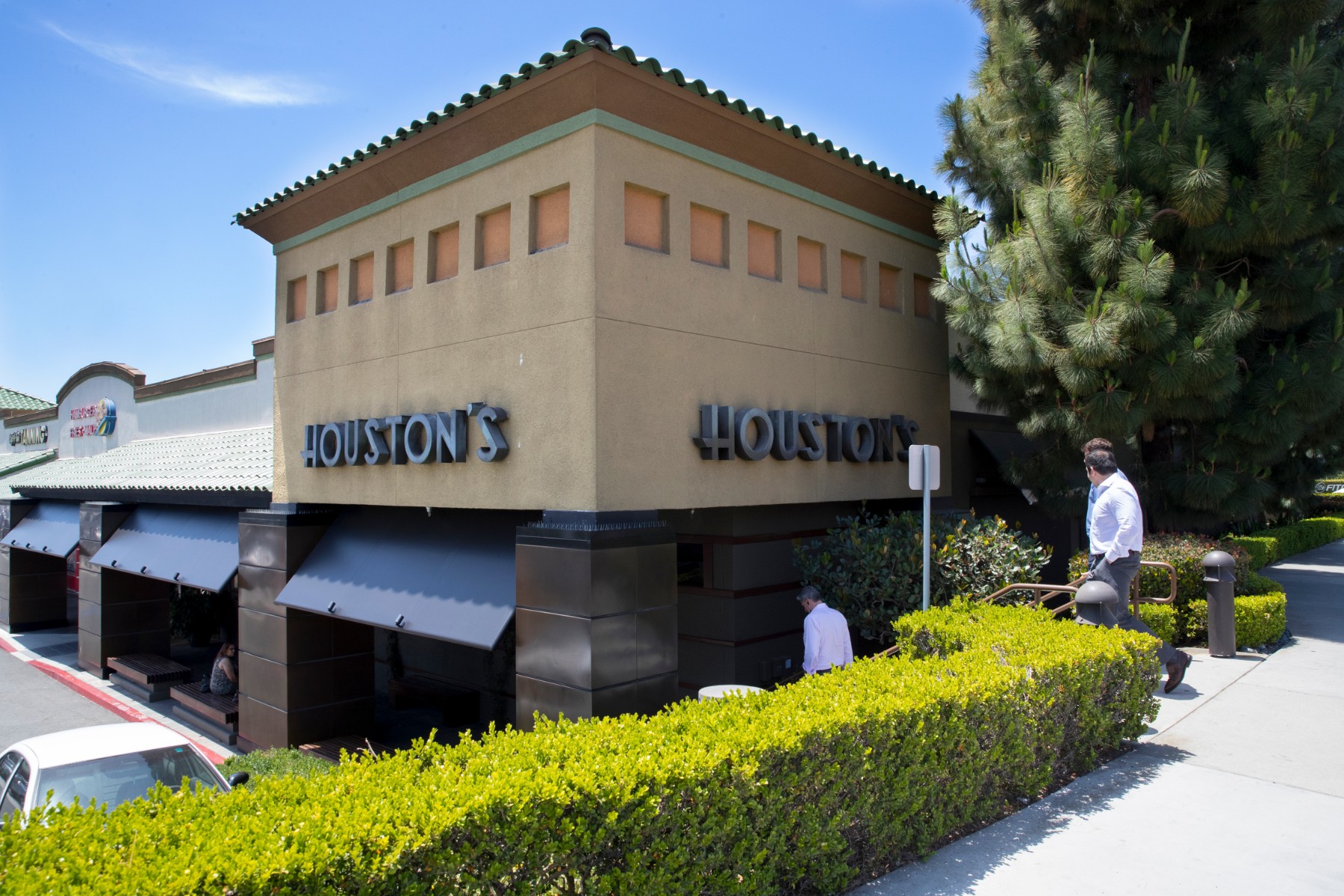 Every once in a while I have to dig through my archives to help historians and researchers, and when I do it’s a trip down memory lane.

by Richard Foss Every once in a while I have to dig through my archives to help historians and researchers, and when I do it’s a trip down memory lane. Whatever my original goal was, I find myself lingering over reviews of places from decades gone by, remembering meals when arugula in salad, Asian […] 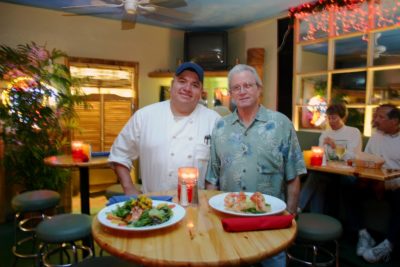 The people behind the glass are hand-rolling dumplings that will be steamed, boiled, or fried and served to patrons at Din Tai Fung, the South Bay’s newest and most popular Chinese restaurant.

by Richard Foss As you stroll past trendy clothing stores on the upper floor of the Del Amo Mall, you find yourself looking at an unlikely scene: a glass wall separates you from an undecorated white room that looks like it might be an operating theater. Inside a group of people wearing spotless white uniforms […] 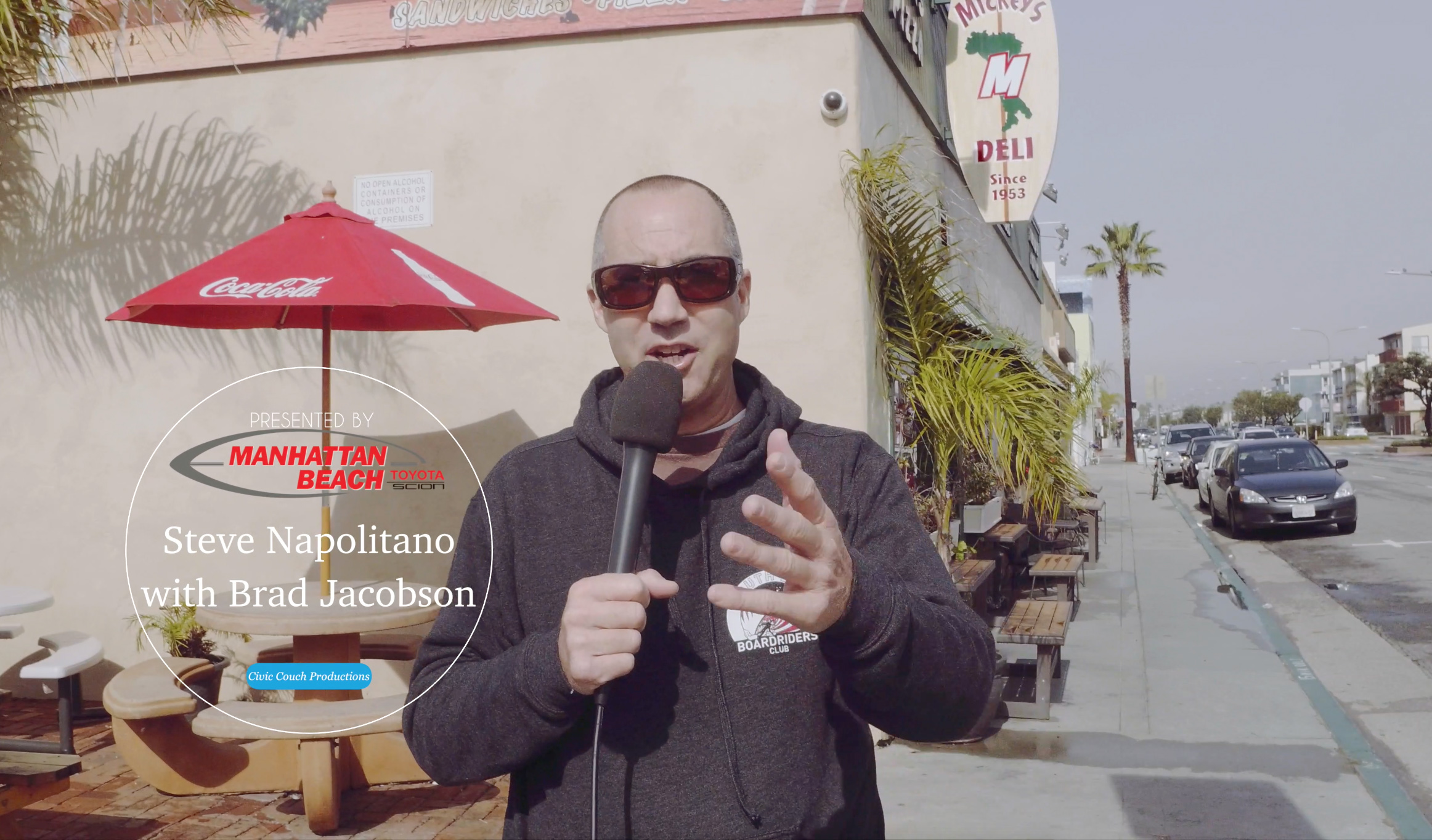 The Past and Future of Mickey’s Deli in Hermosa Beach Mickey’s Italian Deli in Hermosa Beach has been a go-to stop for beach goers since 1953 selling cold cuts, cheeses, sandwiches, lasagna and a ton of other goodies. Civic Couch host Steve Napolitano sits down with the owners Paul and Mickey Mance to discuss the […]

Lou Giovanetti and his Big Band help turn Hermosa Pier Plaza into the South Bay’s answer to Times Square on New Year’s eve. New Year’s celebrations for every age and price will be held throughout the Beach Cities.

A change of courses HT Grill unveils a new menu that challenges expectations. by Richard Foss I have been told by people who are experts in such things that the pattern of taste buds on your tongue is as individual as your fingerprints or retinal pattern. Along with the chemistry of your saliva, this affects […]