The cuisine of India you didn’t know

Kochi focuses on the cuisine of Southern India by Richard Foss If you ask anyone at a business seminar what they should do if they offer a unique product, you’ll get the same answer every time: flaunt it! Give samples! Train all your salespeople to explain its virtues so customers will be climbing over […]

Dining with a view (of the clothing department)

Bazille, tucked away inside Nordstroms, is a hidden gem

The South Bay has had a fair number of restaurants themed around art, including eateries named after Picasso, Matisse, Boccaccio, and other painters ancient and modern. This is usually an excuse to decorate the place for the appropriate century, hang a few impressionists or old masters, and get to the more important business of ordering […]

Offerings straddle American and Asian influences, with a smattering of global items like Lebanese lamb with hummus and Mexican-style street corn

by Richard Foss Riviera Village has been called “South Bay’s Little Italy,” and the appellation fits. Of the last 10 restaurants to open here, seven specialize in Italian food and all seem to be doing well. When the Blackhouse Group took over a former Italian restaurant, I wasn’t the only one to wonder what region […]

by Richard Foss A few years ago I took a trip through Germany and overdosed on baroque art. At first I was enchanted with finding details within details in paintings that sprawled across walls, but after a few days the blizzard of intricacy became fatiguing. I tried to imagine the mind of the craftsman who […]

Paisano’s, a classic NYC pizzeria, is a South Bay mainstay

by Richard Foss You don’t have to have lived in the South Bay very long to realize how completely our restaurant scene has changed. I have a better perspective on this than most people, because I have been writing about the area for over thirty years and can look back at any given year. Just […]

We were halfway through lunch when I was transfixed by an astonishing display of grace and athleticism. An ice dancer glided across the rink in a wide arc and then performed a dazzling series of leaps and spins. Some of the people watching gasped, while others who were used to the spectacle murmured or nodded […] 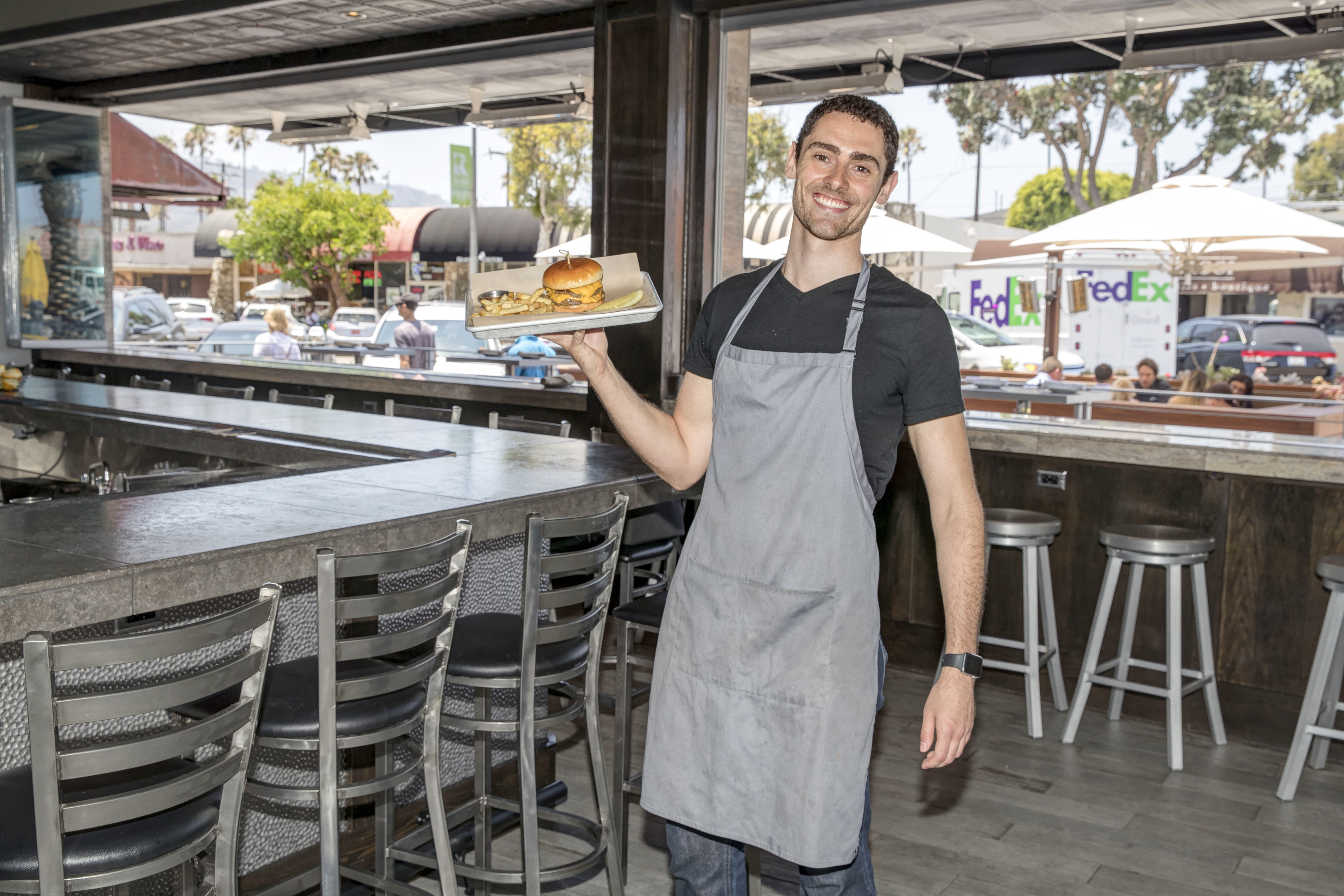 by Richard Foss Try imagining what Star Wars would have been like with Darth Vader as the hero. He must have been, to somebody, because all those guys in white armor kept obeying his orders despite the fact that they must have had much higher insurance premiums as a consequence. (Somehow the Empire doesn’t seem […]

by Richard Foss One of the advantages for a restaurant decorated in classic motifs is that it ages gracefully. That which isn’t in fashion when it’s built doesn’t go out of style, and is more likely to look elegant and graceful when more contemporary designs are starting to be embarrassing. Rock’nFish so resembles some early […]

Yellow Fever has style and flavor to burn [RESTAURANT REVIEW] 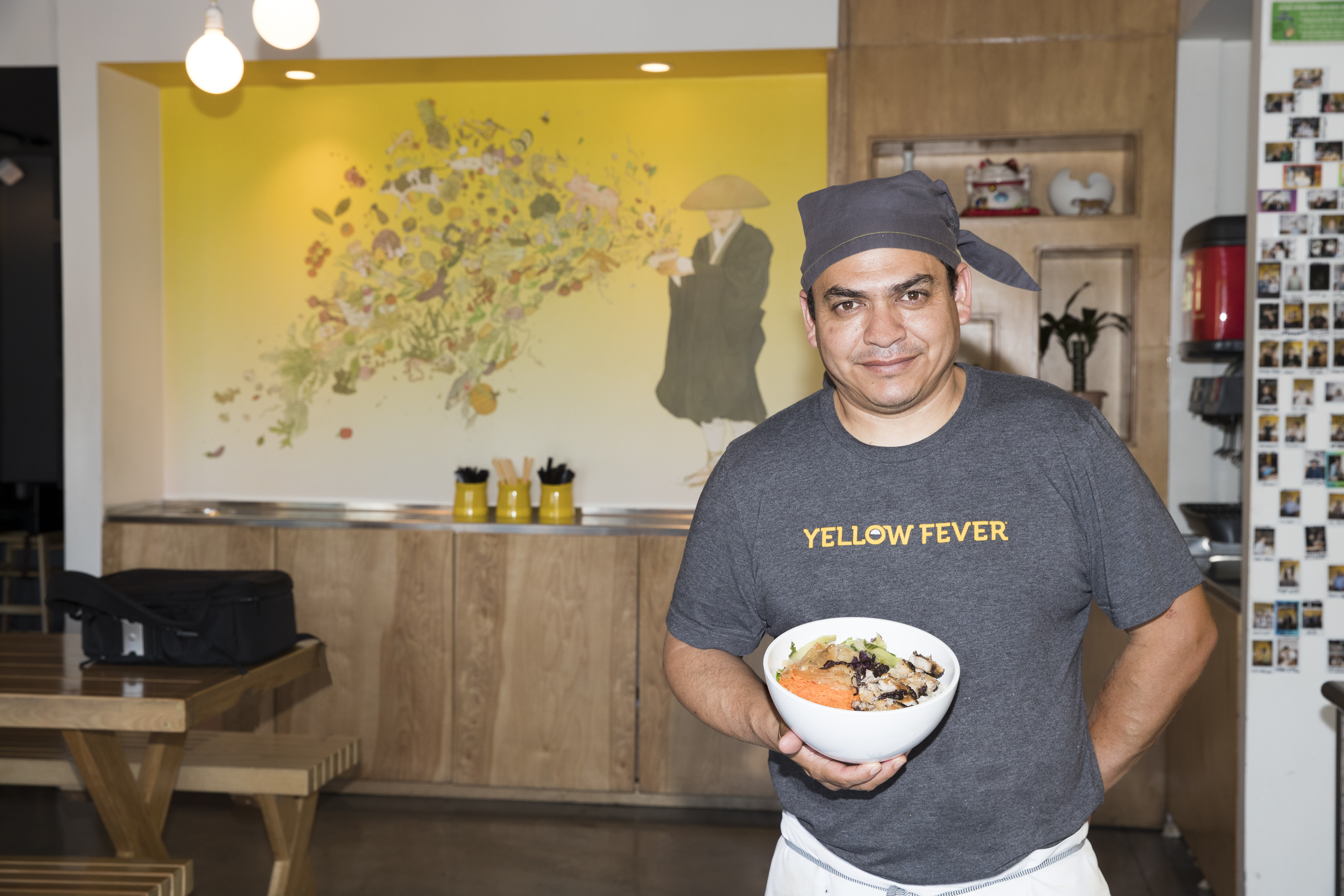 by Richard Foss If I tell you that there’s a restaurant in Torrance that has been featured in an article for Interior Design magazine, you’ll probably start wondering which high style mall place I’m talking about. A lot of the action has been in malls lately, though quirky brewpubs and nightspots have also been raising […]

The Bountiful Bistro: The rustic feel and finely executed meals at Tin Roof have made it a local treasure [RESTAURANT REVIEW] 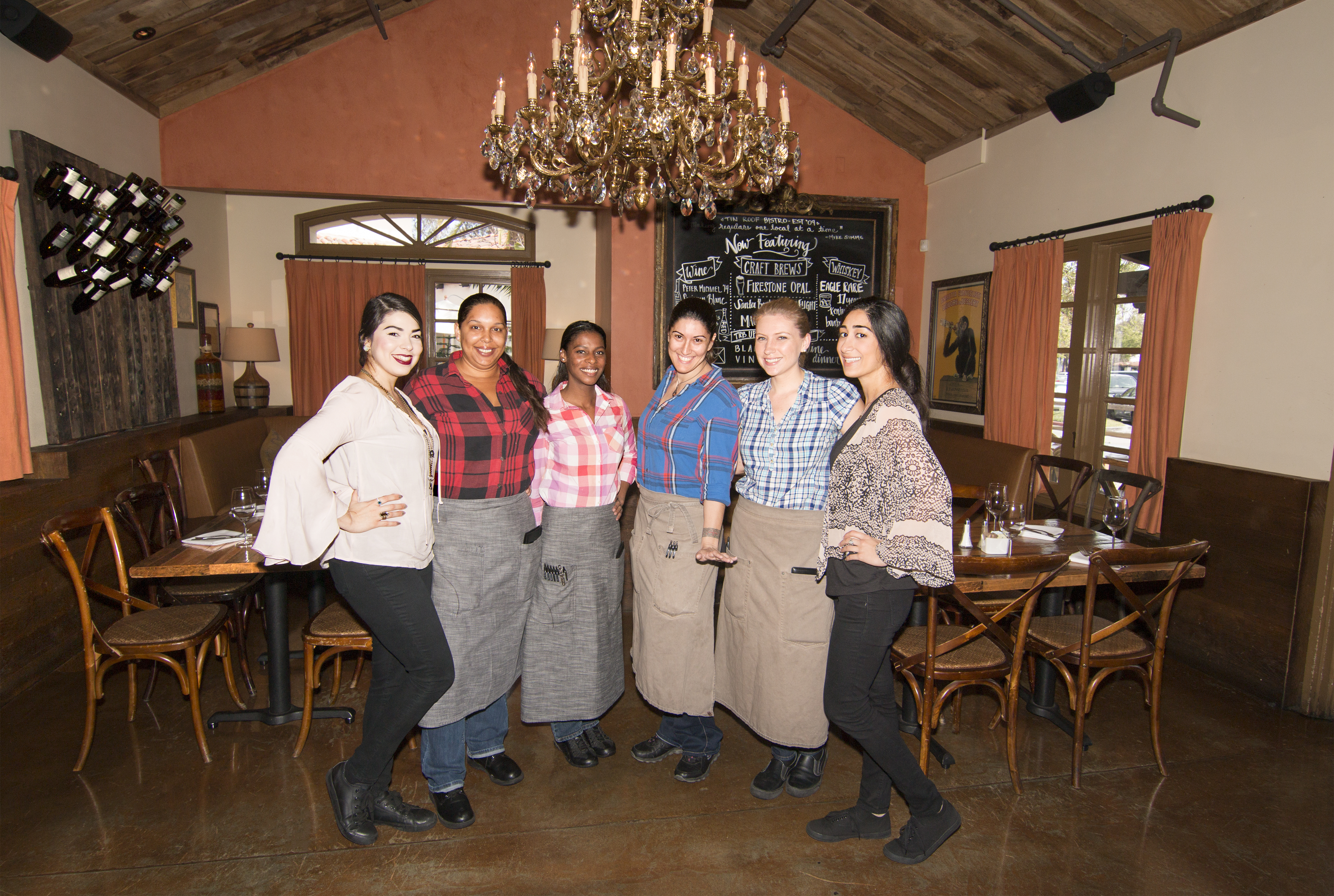 by Richard Foss Thanks to friends who live in far-flung cities but travel through LA occasionally, I have much experience at arranging a flying visit. Six hour layover between flights for someone who wants to visit three ethnic groceries and still have time for a leisurely dinner? Can do. With eight hours I can squeeze […]

I remember the first time I saw the sign for Pie Pie Pie, because it brought such a smile to my face. I immediately pulled my car into the parking lot not knowing exactly what they served, but that I was going to buy some. I do like a good pie, and I was about […] 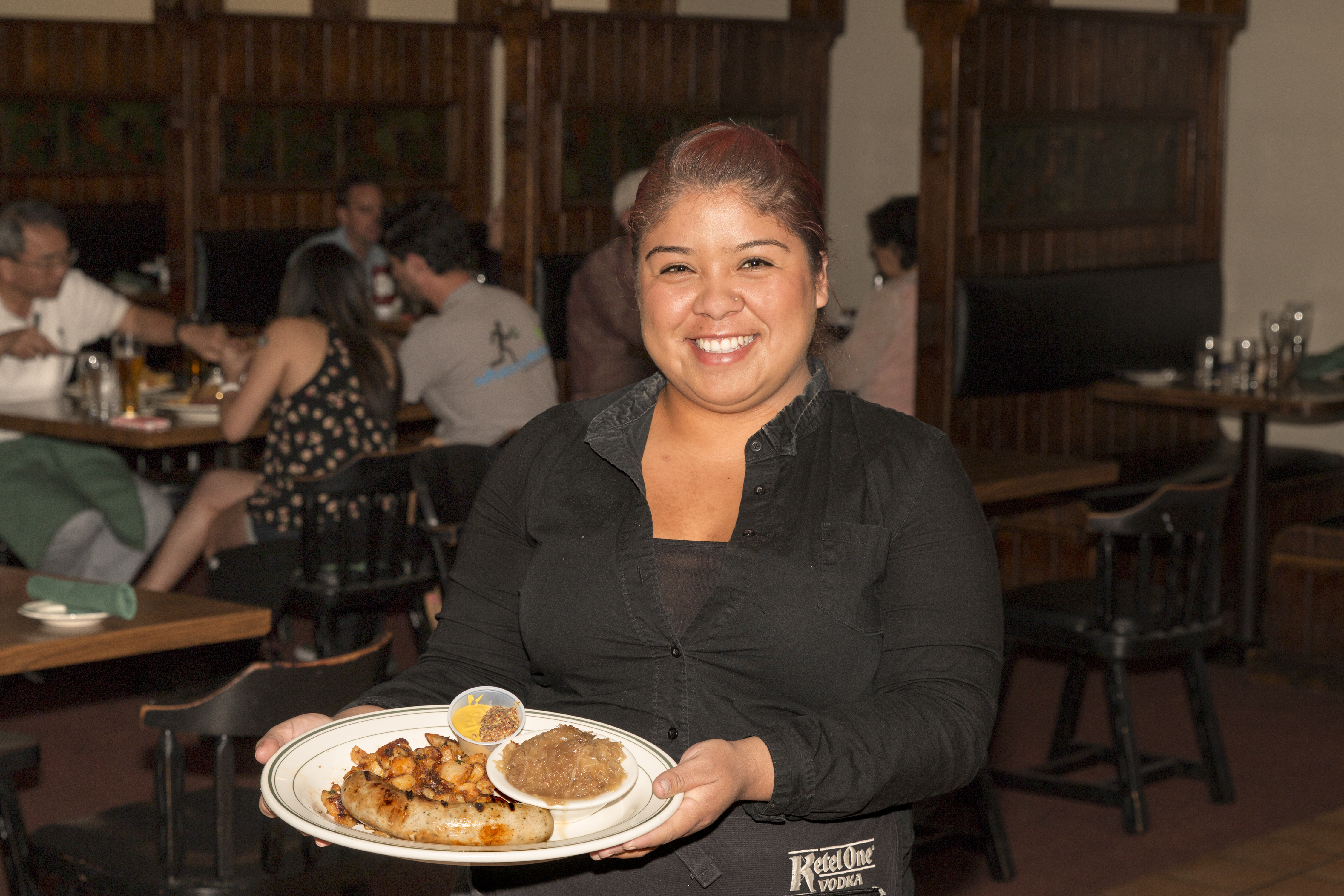 by Richard Foss  I was twelve years old when Alpine Village opened, and I still remember the excitement in our family. My German-speaking grandfather insisted on going there the next week and was delighted with the architecture, shops, and the company of others who loved Northern European food and culture. At that time there was […] 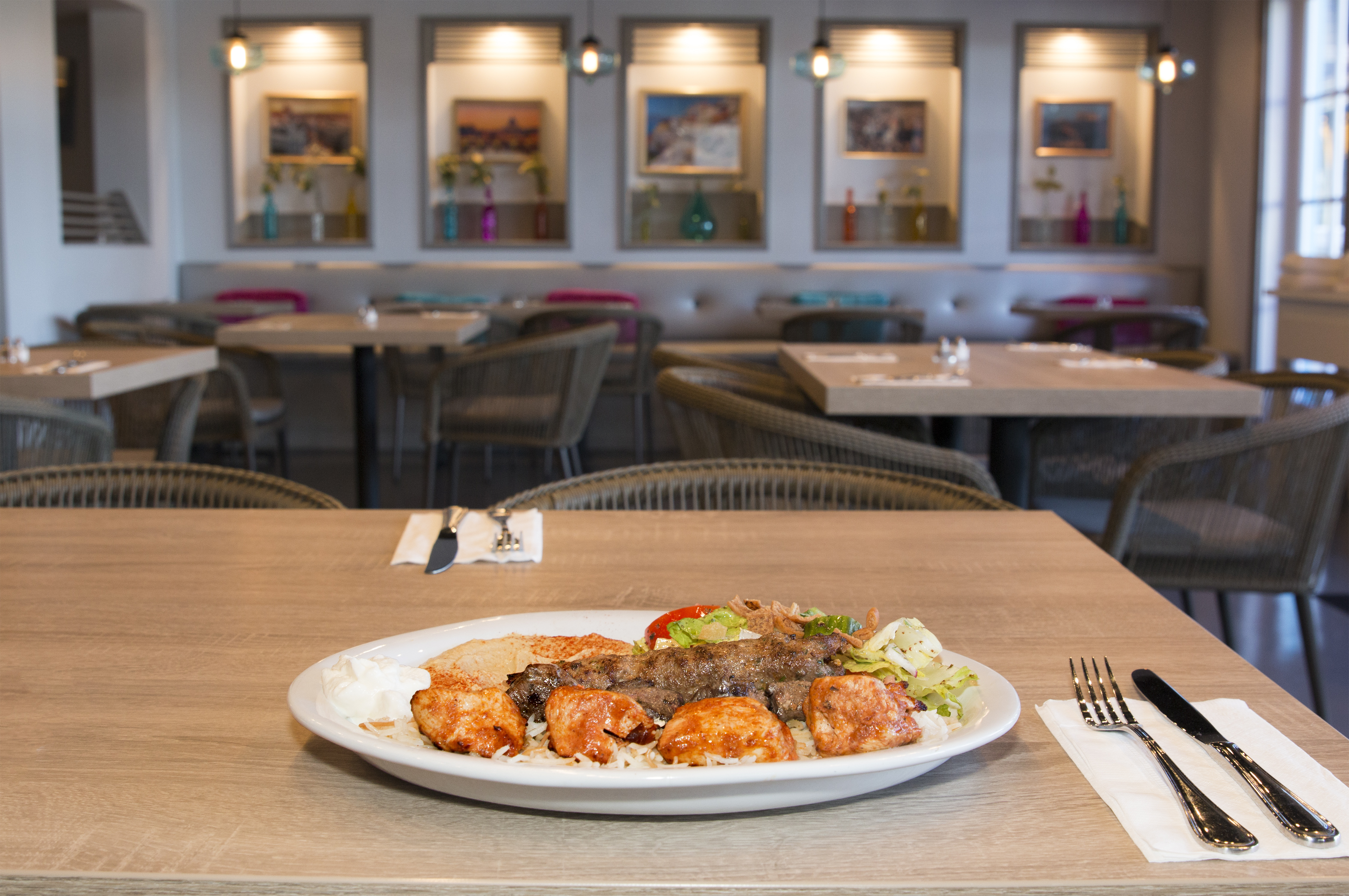 by Richard Foss  As little as twenty years ago most Americans had no idea that there was such thing as regional Italian cuisine. Now we are sophisticated enough to know that there are major variations based on different cultures, ecologies, access to historic trade routes, and other factors. However, some people are still surprised by […]