The symbolism of Vatican smoke

In that vast cosmos of symbols that is the Roman Catholic Church, one of the more curious appearing at this time is the binary code used to alert the world if a new pope has been elected or not: the color of smoke from a temporary chimney above the Sistine Chapel. White for yes, black […]

Same-Sex Marriage: Into the Quicksand

As usual, it all started with Joe Biden. “Look,” he said on Meet the Press on May 6, “I am the Vice President of the United States of America. The President sets the policy. But I am absolutely comfortable with,” basically, anybody marrying anybody (space does not permit printing his entire sentence). In rhetorical contrast, […]

SOUTH BRONX TO SOUTH BAY: The War Within

As details emerged about the identity of the soldier who allegedly murdered 16 Afghani civilians, mostly women and children, on March 11, I called up a college classmate of mine, a physician who for several years had worked part-time in the family-practice clinic at the man’s home base, Lewis-McChord, near Tacoma, Wash. I wanted his […]

SOUTH BRONX TO SOUTH BAY: The amnesia of war

The South Carolina primary is coming up on Saturday, and — surprise! — the Republicans may have found their nominee much sooner than anyone expected, even a month ago. Mitt Romney, The Man in the Gray Flannel Suit (without the angst), The Man Nobody Knows (just one step down from Jesus, whom the book by […]

“Barry, whom shall we get to play Santa for the White House Christmas party this year? Last year’s guy turned out to be a Tea Party operative who told all the kids you were playing Santa Claus with their parents’ money. I should’ve known. I thought I smelled Darjeeling on his breath.” “How about Newt […]

One of the most remarkable things about the “Arab Spring,” besides that it happened at all, is the unique ways in which it happened, country by country. Spontaneously generated and developing more organically than systematically, each of these revolutions will be analyzed by historians and social scientists as models of the dynamics of power and […]

LIBYA: RECALLING THE WAR AT ITS START

The following column appeared in the Easy Reader on March 31, shortly after NATO forces began their air campaign over Libya. I reprint it here to remind you of my early take on the situation in Libya; next week, I’ll offer an update. On the cover of The New Yorker magazine for March 14, a […] 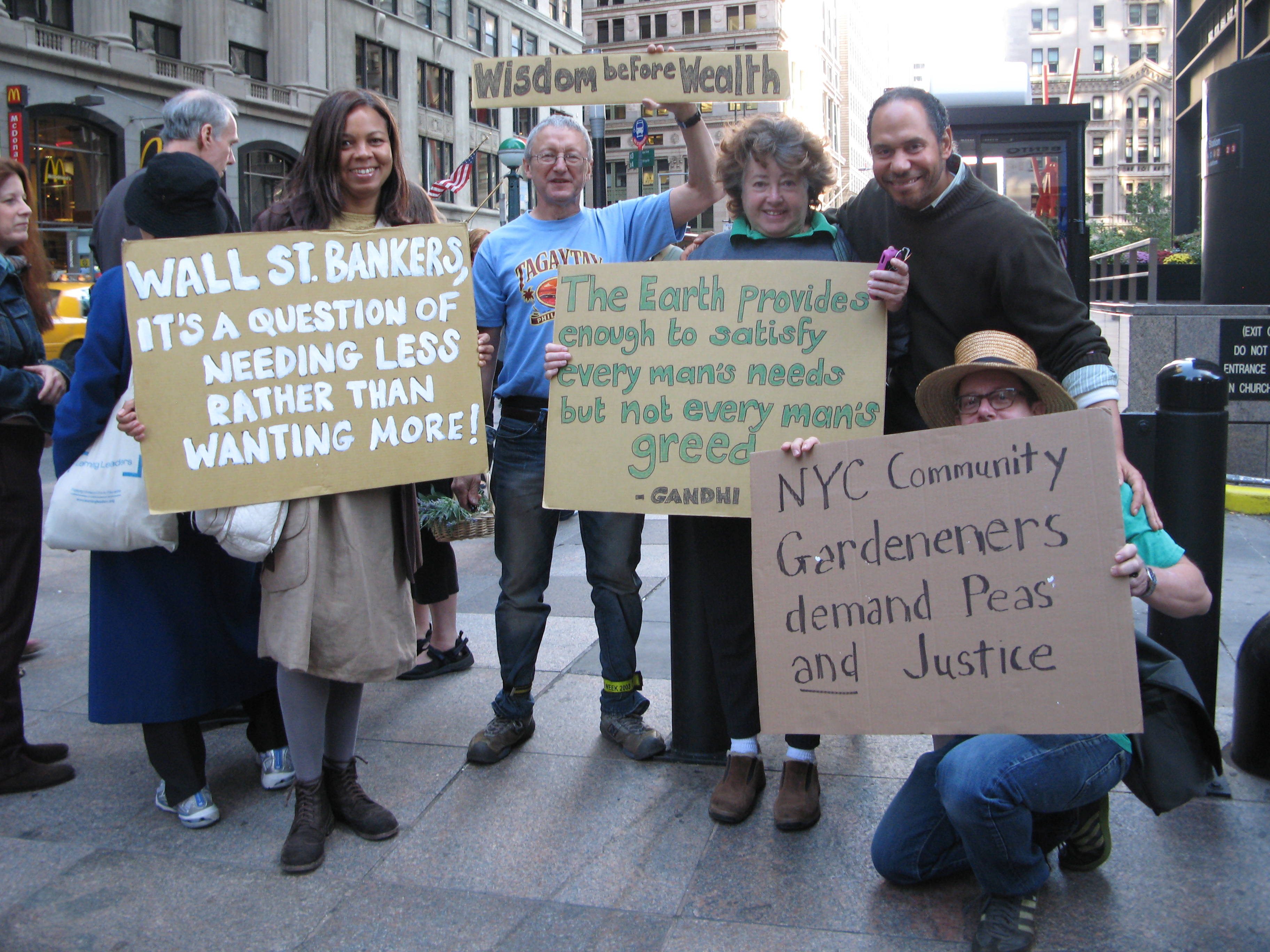 Last Sunday, the New York City Community Garden Coalition occupied Wall Street. It was a good day to do it. October 16 is World Food Day, commemorating the founding of the United Nations Food and Agriculture Organization on that date in 1945. The focus this year in meetings and rallies across the globe was to […]

New York Mayor Michael Bloomberg took no chances this time, for reasons as political as practical. Last winter, his administration was roundly ridiculed for doing too little and too late when a major blizzard swept through — streets unplowed, cars stranded in snowbanks, subways snarled. That was the cold memory on the hot nights of […]

Politics is supposed to be the art of compromise, but the end result of the debt-ceiling debacle was the most artless compromise in memory. Actually, it wasn’t compromise at all, it was capitulation. Imagine: Both houses of Congress, and the President of what used to be called the Greatest Nation in the World, held hostage […]

South Bronx to the South Bay

If there’s any place on Earth for a modern Romeo-and-Juliet story, Israel must top the list: Jews and Arabs, living together yet apart, locked in mutual distrust and in many cases, mutual hatred. Yet here and there, eyes meet, smiles are exchanged, and something happens that makes all the barriers fall.

Setting aside the issue of gun control, another issue of national significance raised by the Jan. 8 shooting of Gabrielle Giffords is health care.
What will be the total cost of repairing her wounded brain and leading her to recovery — the hospitalization, the teams of medical specialists, the surgeries, the medications, and all the rehabilitation therapies — speech, occupational, physical – that will last for months or quite possibly years? The figure will be astronomical, and it will be paid for almost entirely by her federal insurance plan.