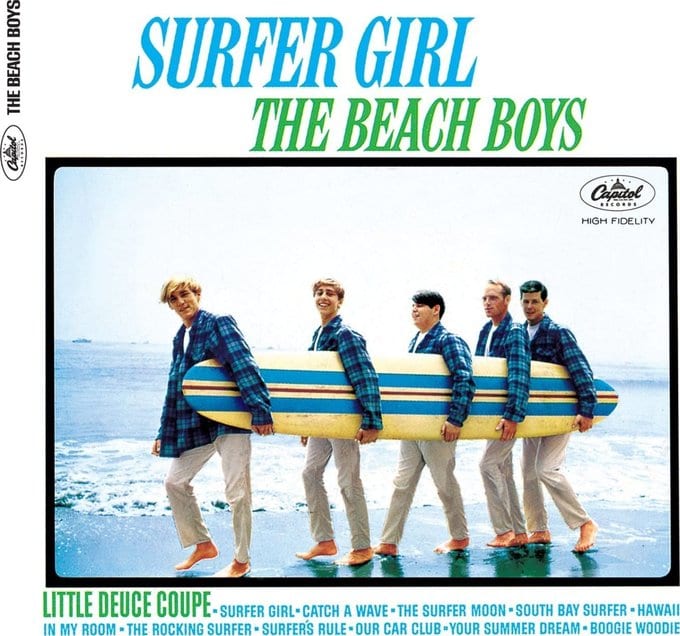 At the start of the 1963 summer, I bought my first new surfboard from Gene Cidello, who owned a small surf shop on 26th Street in Hermosa Beach, across from Critters bar (now North End). The board snapped in two the first day I took it out. Gene took a month to fix it and the next time I took it out, it snapped a second time. So promised promised me a new board. But summer was passing and I didn’t want to wait for him to build me a new board.

Summer ended and finally, that September, Gene called to say my board was ready. When I went to pick it up, he showed me the cover to the Beach Boys’ new album“Surfer Girl.” The Beach Boys were walking barefoot along the high tide line, carrying my new board. I was stoked my board was on the cover, but still bummed that it had cost me a whole summer. 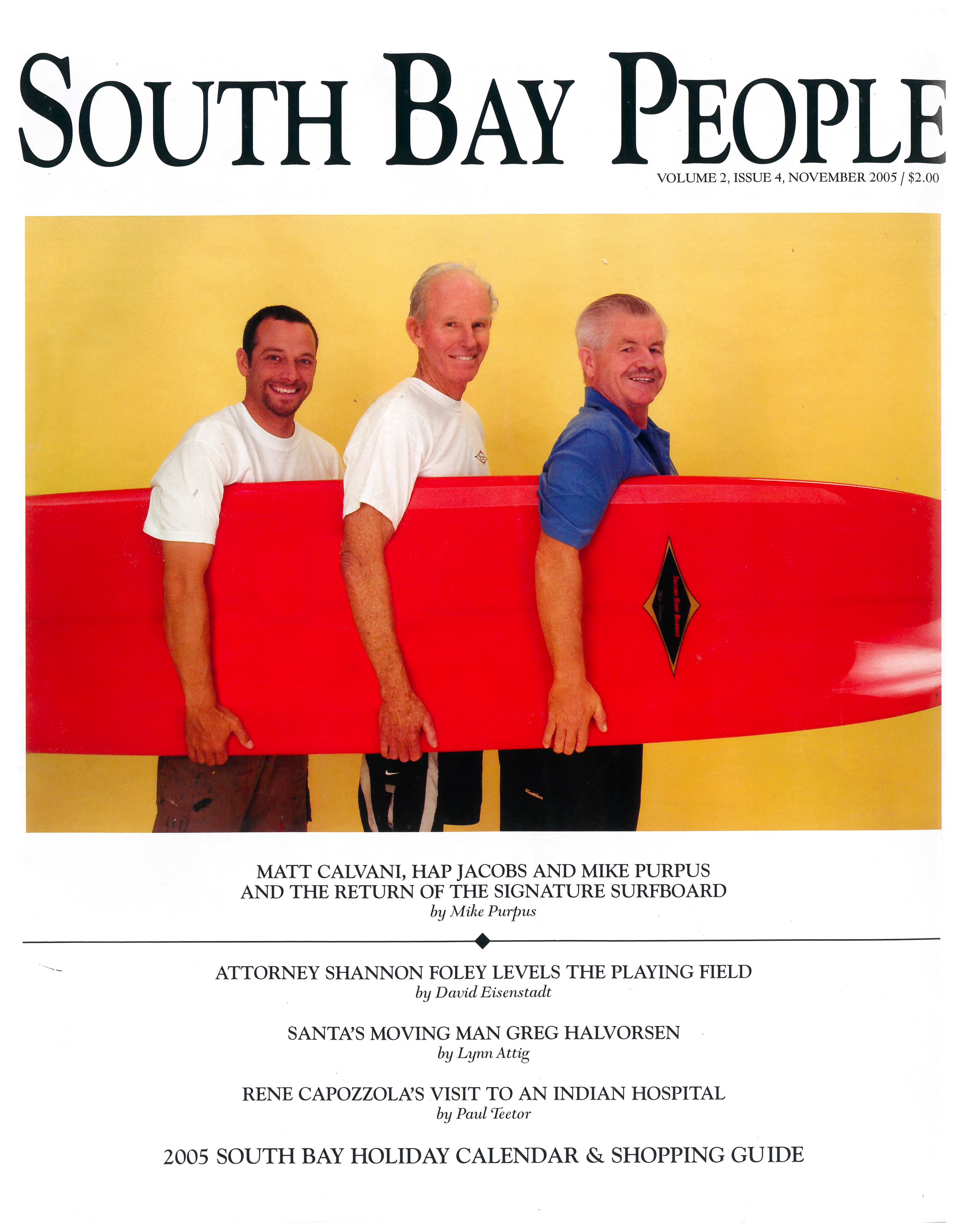 A few years later, my best friend and surfing buddy Sparky Hudson (2014 Surfer Walk of Fame inductee), woke me up early one Saturday morning. The surf was good and I wanted to get in the water right away.  But Sparky said we had to pick someone else up first. We went to a garage apartment at 17th Street and Hermosa and Sparky banged on the door for about five minutes. Finally, a very hungover-looking college age guy answered. He said, “Sparky. What do you want?” Sparky said. “You told me to wake you up if the surf was good. Well it’s good.” The guy said “Thanks,” and closed the door. As we walked back down the steps Sparky told me, “That was Dennis Wilson of the Beach Boys. He is the only one who surfs and is staying here for a month in between concerts.”

Though Dennis Wilson was the only member of the Beach Boys who surfed, the group’s induction on Saturday, April 27 in the Hermosa Beach Surfer Walk of Fame will be well deserved. As much as any of the surfers already on the Walk of Fame, the Beach Boys have helped keep the surfing stoke alive.

Brian Wilson wrote “Surfin” in 1959 for his senior year, piano and harmony class at Hawthorne High. He got an F. Two years later the song became a hit single.

Though his teacher, Hawthorne band director Fred Morgan was proud of his former student’s success, he didn’t regret giving Wilson the F. “‘Surfin’ was just a bunch of chords and the assignment was for a sonata,” he explained.

Paul McCartney of the Beatle expressed a slightly higher opinion of the Beach Boys. He called their 1966 album “Pet Sounds” the “album of the century.” “Wilson and the Beach Boys helped inspire the Beatles’ ‘Rubber Soul’ and ‘Sgt Pepper.’”

Original Beach Boys Brian Wilson and Al Jaurdine will be joined by longtime Manhattan Beach musician Blondie Chapline in performing Saturday, May 4 at the BeachLife Festival in King Harbor