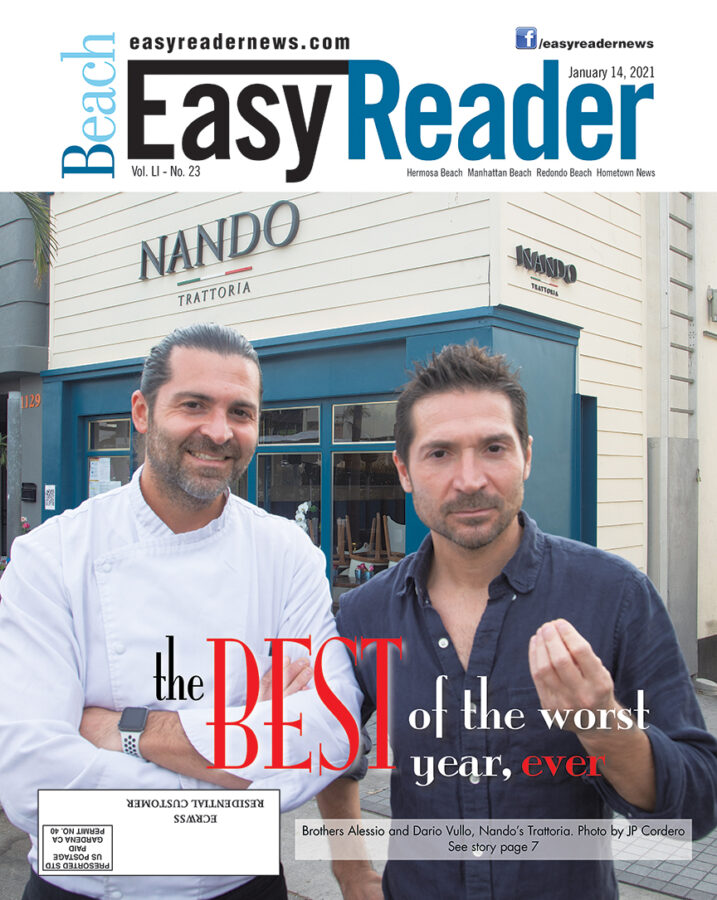 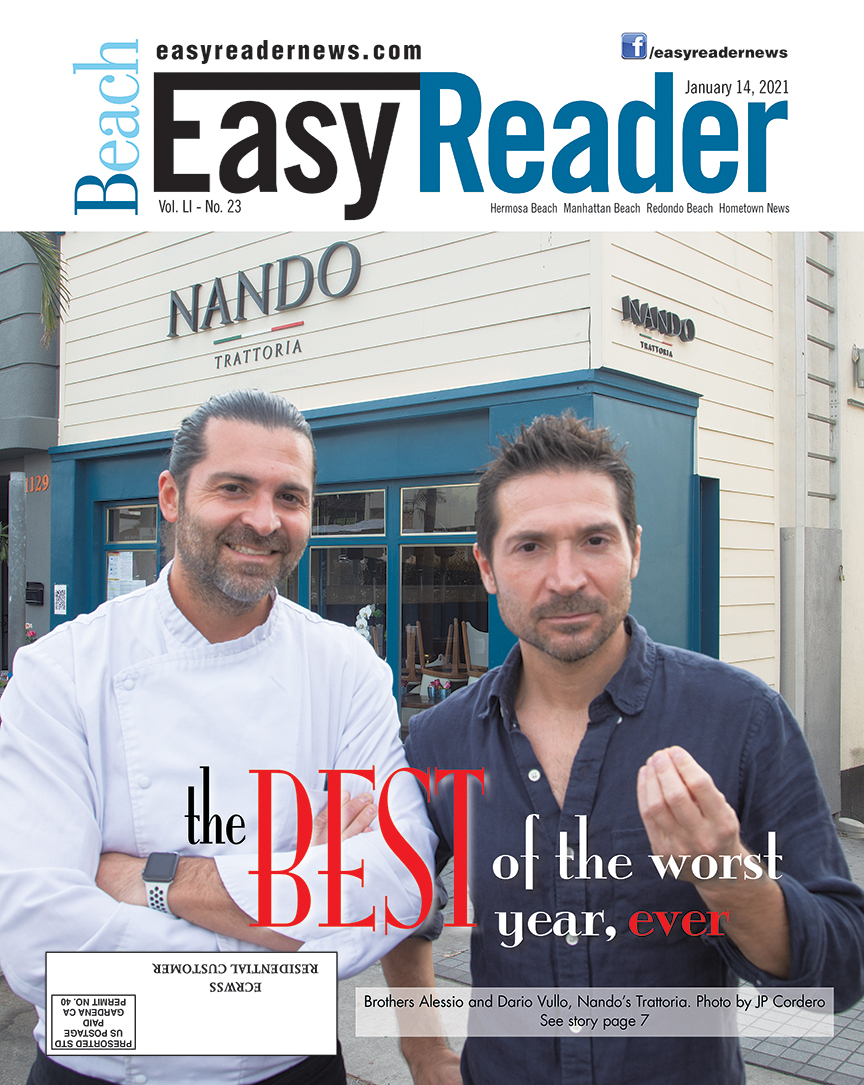 In the fall, I considered not having a Best of the Year restaurant list because I assumed there wouldn’t be a sufficient number of candidates. But when I looked back on the year in December, it was obvious that, while 2020 was not a good year financially for restaurants, it was creatively and qualitatively the equal of any in recent memory. There were 32 openings of non-fast-food-chain restaurants in the Beach Cities, only 10 behind 2019, and only two of them shuttered before the end of the year. One of those would have made this list, had it survived.
As often happens, the center of gravity in the dining scene moved – last year Hermosa had the most entries on my Best-Of list; this year it has none. Redondo had the most restaurant openings, but only two made the cut, and Manhattan Beach led the pack. I did have to push one restaurant into consideration for next year – Avenue Italy opened in October and closed after three weeks, but reopens this weekend.
Before singling out any establishment, I want to acknowledge the incredible and sometimes heartbreaking effort that every restaurateur went through, particularly the ones that spent time and money on remodeling their interiors, only to open after they couldn’t be used. Just one restaurant on this year’s list actually planned to be a take-out only business, and the ones that managed to adapt to that model with style deserve particular credit. 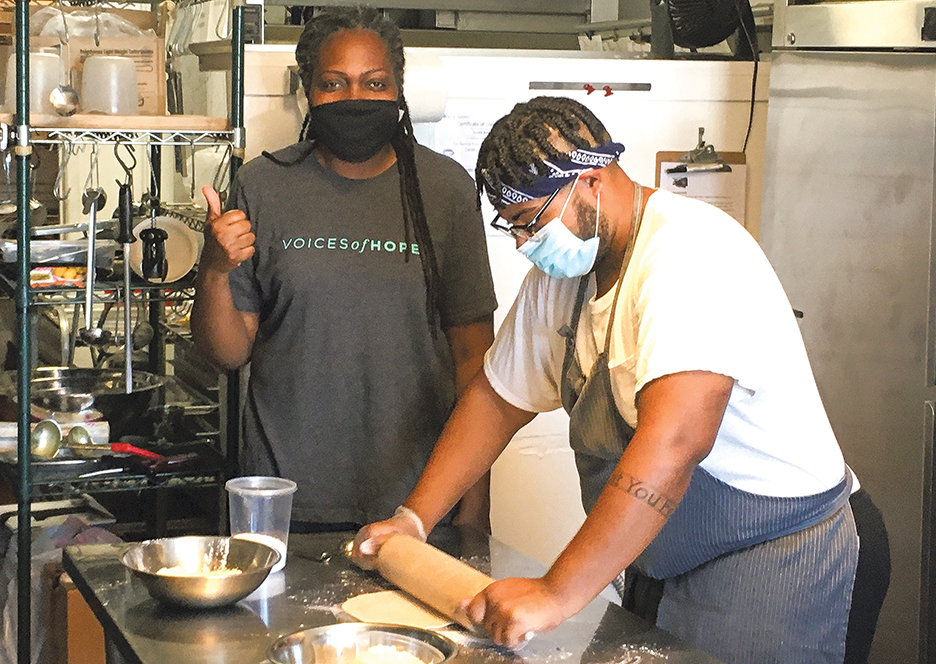 Mia’s Kitchen has the market for Trinidadian cuisine all to itself, and cooks those robust dishes with heart and soul that makes you wonder why it isn’t more popular. The flavors are layered with overtones of Africa, Asia, and South America, and while most are mild some have a subtle and cumulative heat. The small kitchen here is sometimes overwhelmed and has been known to close hours early because it has run out of food, so call in advance to avoid disappointment.
312 Rosecrans Ave., Manhattan Beach.
(310) 546-1044.
MiasKitchen.info 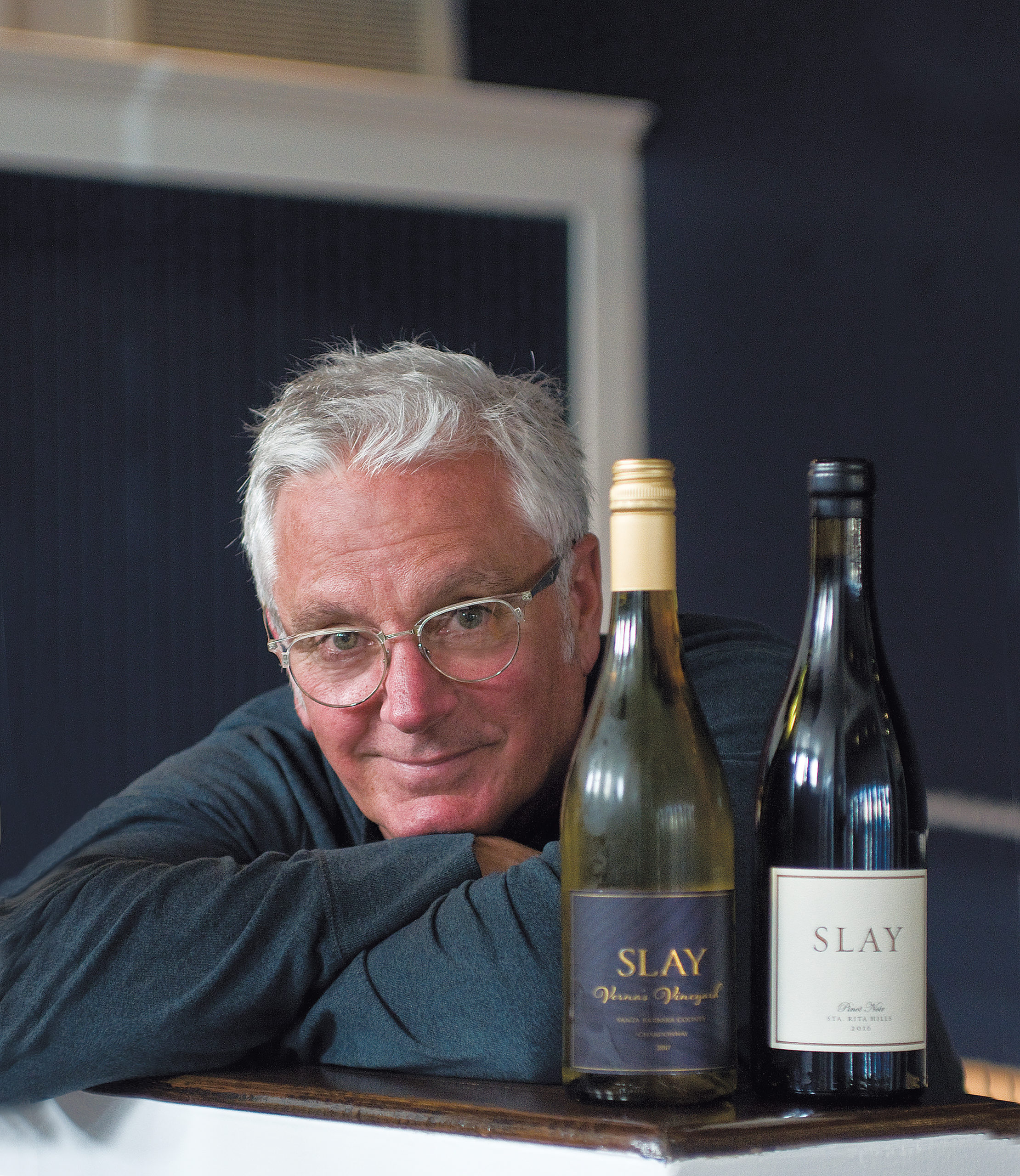 Like chef-owner David Slay’s steak and seafood house a few blocks away, this Italian restaurant leans heavily on vegetables from his own farm. The menu changes regularly depending on what is in season, and the seafood dishes have been particularly noteworthy. So are the pizzas, which are on the expensive side but use premium quality ingredients and are worth the money. For take-out they introduced baby back ribs and fried chicken, which I hope they keep on the menu because, like everything else here, they hit the spot.
1001 Manhattan Avenue, Manhattan Beach.
(424) 257-8037.
SlayItaliankitchen.com. 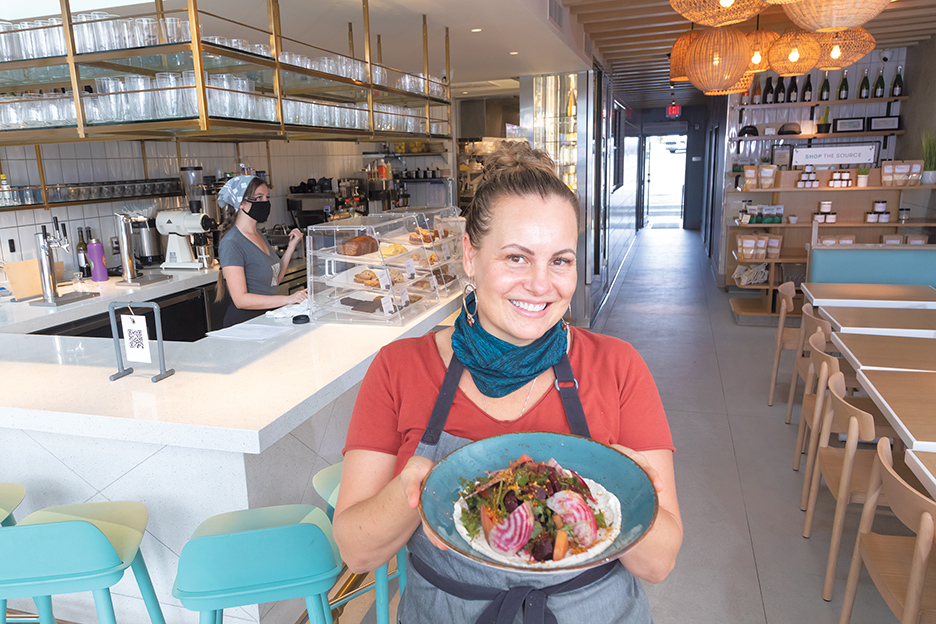 This Manhattan Beach offshoot of a downtown Hermosa favorite outdoes the original in style and ambition but has the same general aesthetic of healthy food with global accents. Chef Amber Caudle loves all things experimental and exotic, and is grounded enough to keep the flavor combinations accessible. The majority of the menu is vegan and everything is gluten-free, but those who enjoy meat will find things to like – bison meatball sandwich, anyone? The approach is whimsical and playful but consistently successful, making this a destination for those who want great food outside of the downtown bustle.
924 N. Sepulveda, Manhattan Beach.
(310) 921-8505.
TheSourceCafe.com. 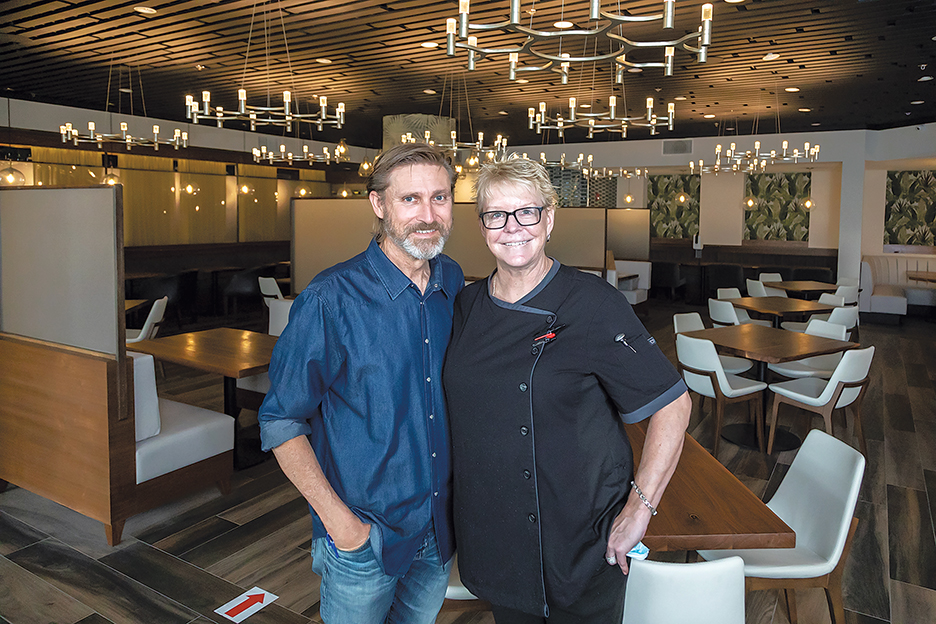 Wine expert Kevin Leach watches the front of the house while chef Christine Brown watches over the kitchen at Pacific Standard Prime. Photo by JP Cordero

The name suggests that PSP is all about steaks, and a lot of chunks of perfectly cooked beef do come out of this kitchen, but that’s not the only reason this place has caught on. Chef Christine Brown has a loyal following in the South Bay, and she is at the top of her game with eclectic sides and desserts that complement the proteins. Her team crafts superb steaks and seafood to serve as the centerpiece, and owner Kevin Leach expertly pairs wines from his extensive collection. This is American cooking reinvented for modern tastes and superbly crafted, and it nicely straddles the line between familiar and exotic.
1810 S. Pacific Coast Hwy., Redondo Beach.
(424) 247-7521.
PSPSteak.com. 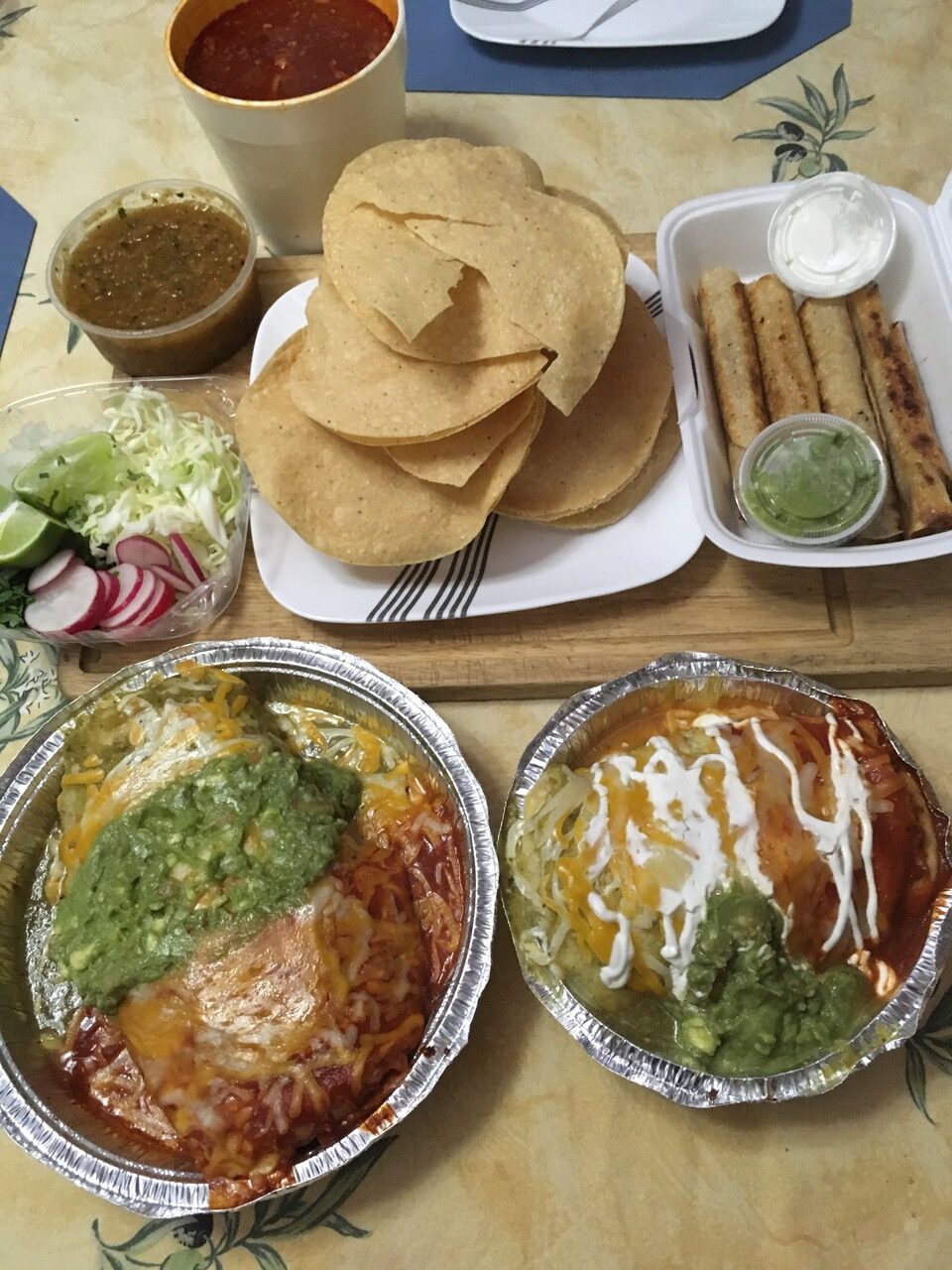 MiBurrito does the usual, but better. Photo

Mi Burrito doesn’t do anything that a good restaurant in a Mexican neighborhood would find unusual, but the Beach Cities is not a Mexican neighborhood. Most Mexican restaurants here are mediocre, overpriced, or both. Mi Burrito offers classic dishes in sauces that are richly flavored, with the pozole a particular standout. This is the third in a mini-chain, and richly deserves to succeed. 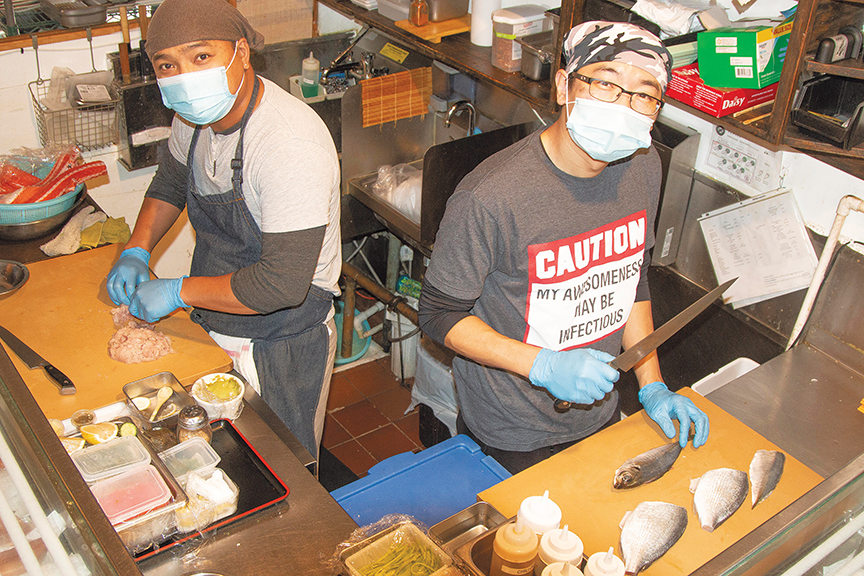 It’s hard to stand out serving take-out sushi, but Fan Sea does it. Even stripped of the ceremony and leisurely pace that usually is part of a sushi bar experience, they’re exceptional. The $65 chef’s choice omakase meal is remarkable, with top quality seafood prepared with original twists and elegantly presented. This is a modern Japanese sushi bar, with fusion ideas used sparingly and subtly, and everything they do is focused on bringing out the flavors of the natural ingredients. I can hardly wait to enjoy the dining-in experience, but until then I’ll be happy to see how they enliven meals to go.
302 Rosecrans Ave., Manhattan Beach.
(424) 398-0083.
FanSeaSushi.com. 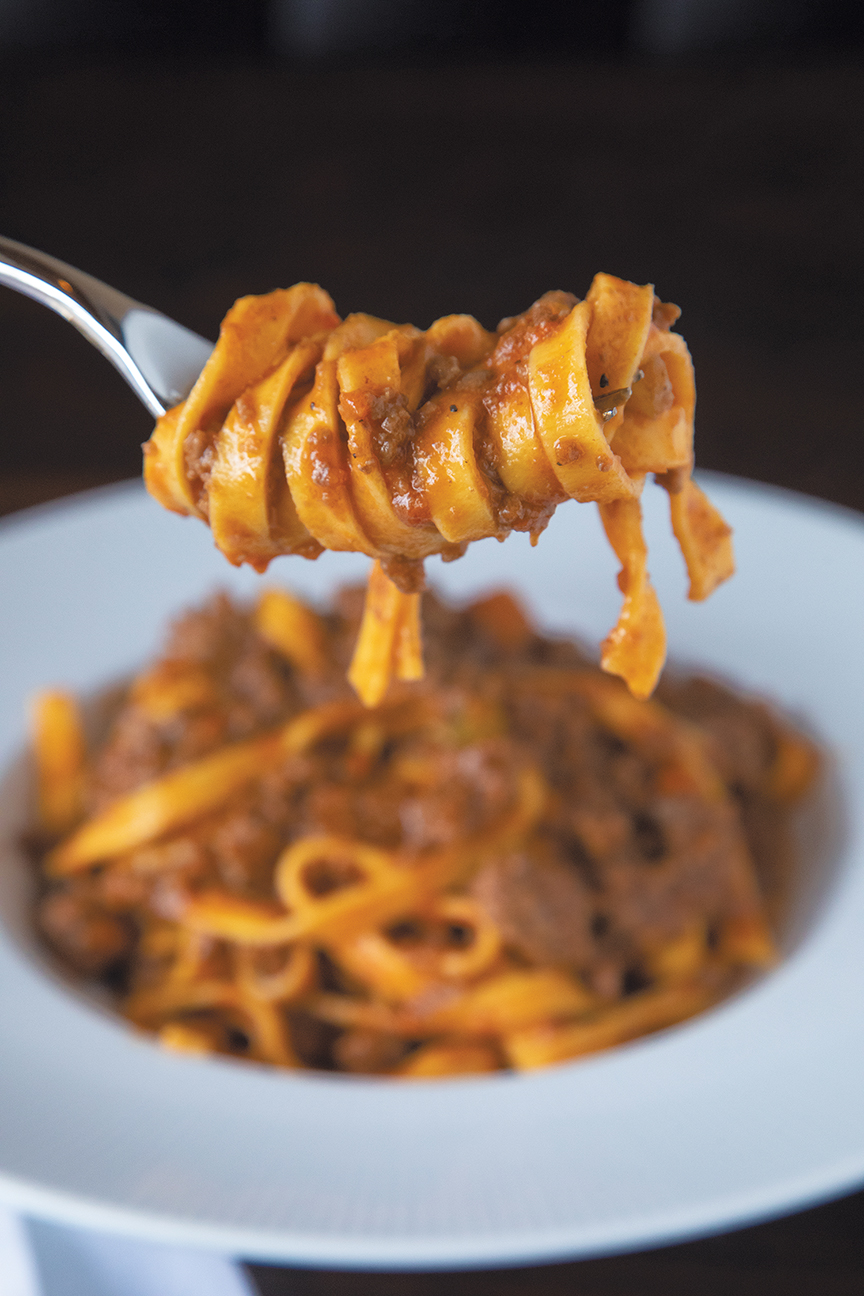 This is the most unlikely success story of the year, a high-style and somewhat expensive restaurant that served on an outdoor patio very briefly before going to take-out. Owners Dario and Alessio Vullo had run restaurants in Chicago and had no local track record, but their authentic and flavorful Sicilian cuisine has quickly won them a following. The pastas and desserts are housemade, and the distinctive Southern style infuses everything. Meatballs include nuts and raisins and are in a sauce delicately herbed and so fruity it’s almost floral. Seafood is a specialty, and while the selection is limited for now, the items I’ve tried were superb.
1131 Manhattan Avenue, Manhattan Beach.
(424) 237-2236.
NandoTrattoria.com.
ER­­