The universe beneath our feet 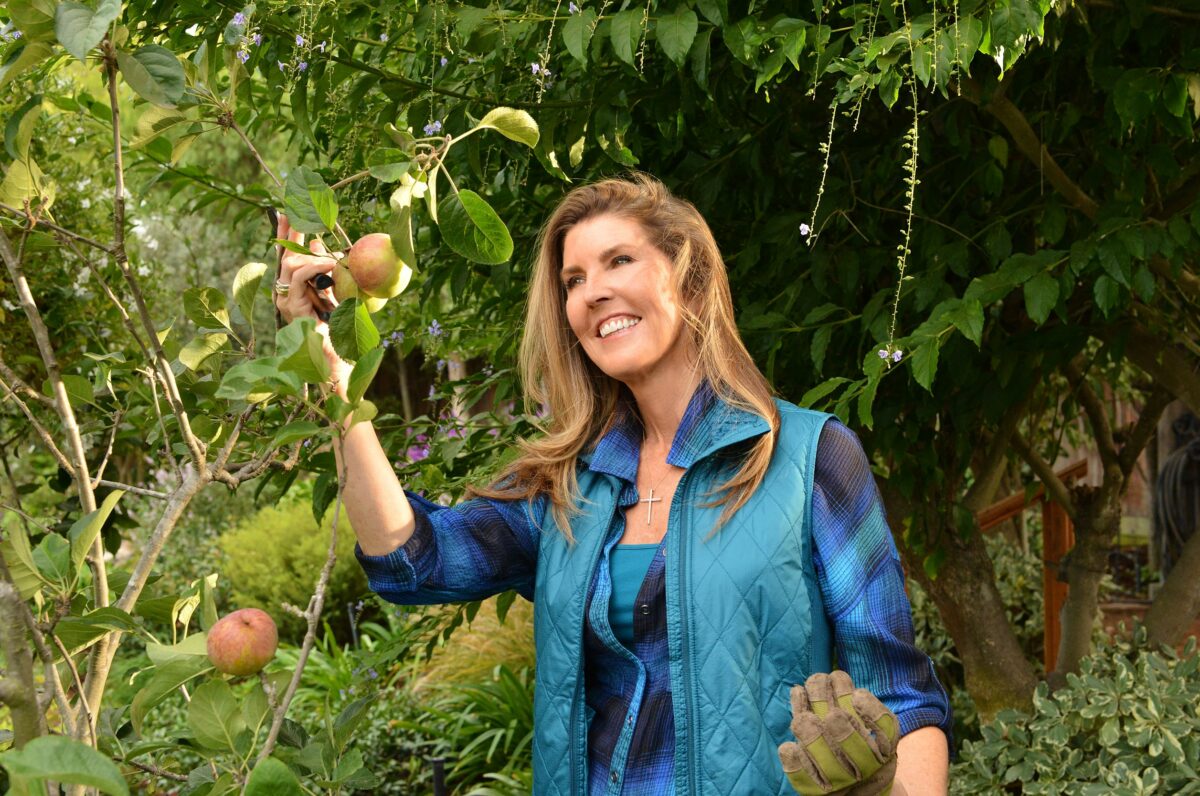 Popular wisdom in the 1920s held that once a field’s yield dropped, the farmer should move on. Then, in 1925, a young USC engineering graduate named Kellogg discovered a stinky plant nutrient called humus 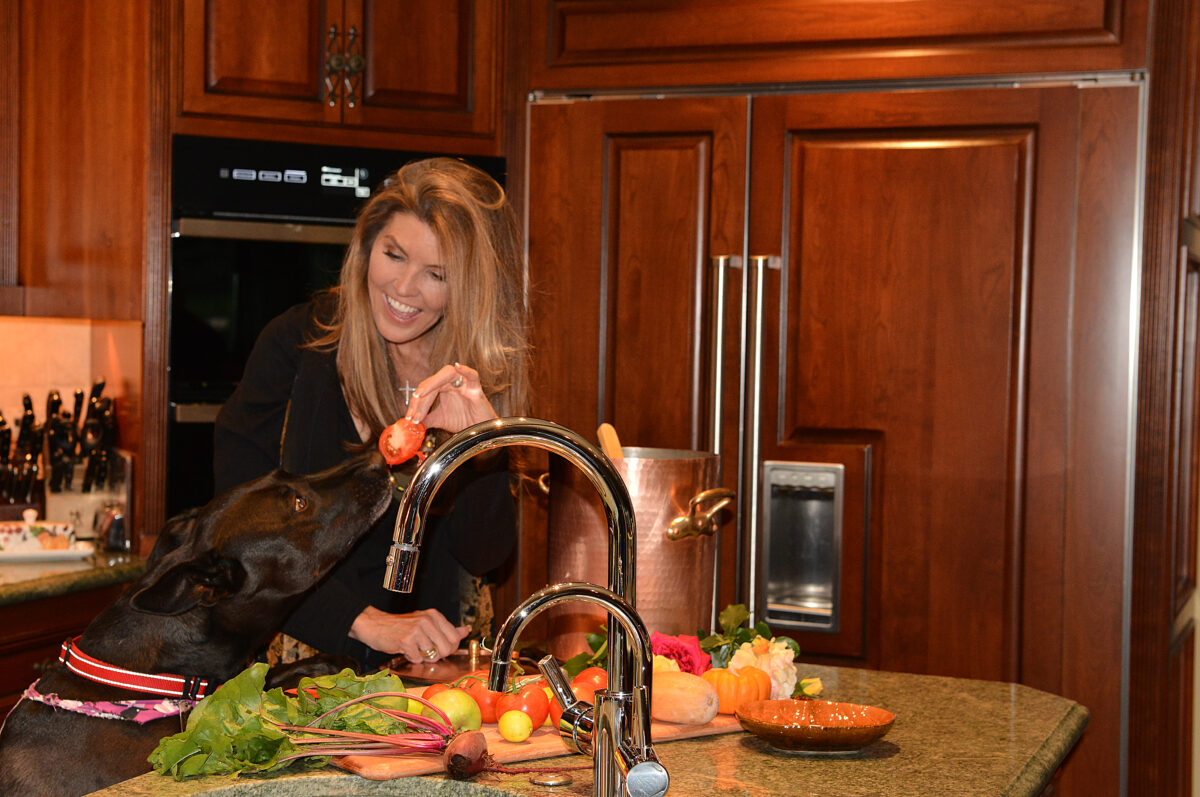 Rolling Hills resident Kathy Kellogg Johnson tells the story of the founding of her family’s garden products company as though she were there, even though it happened in 1925. A young man with a new engineering degree from USC didn’t have much money or land. His father had lost his fortune on a contract to build a highway, which the county reneged on paying him for. The young engineer was walking what little property his family still owned when he noticed something that sparked his curiosity.

“Along a bend in the Santa Ana river, there was all this lush growth in the middle of what was otherwise a chaparral desert,” Kellogg said. “He wondered, why is there all this greenery, why just here? He collected the soil that was underneath the roots of the plants and experimented with it. He had oranges, as almost everybody did in Orange County. When he fertilized one tree in his yard with that soil, it produced four times the number of oranges as the other trees in the orchard. He knew he was onto something, and it was in this miracle soil.”

A chemical analysis revealed the riverbed soil, called humus, was rich in nitrogen and acidic nutrients formed by the breakdown of organic materials. The effectiveness of humus for spurring plant growth wasn’t understood in that era, and the engineer, whose name was H. Clay Kellogg II, but was nicknamed Chub, had trouble convincing anybody humus worked. Eventually, Chub hit on using their skepticism to his benefit.

Agriculture textbooks in the 1920s taught that  once the yields dropped in a field, you should move on. Farming was like mining, extract the resources and leave because there is plenty of other land. Chub bought 10 acres of depleted orange groves in the early 1920s, and applied humus. When the yields came roaring back, other farmers would trade 20 acres of depleted land for 10 acres of Chub’s thriving groves. Chub began acquiring back the land his father had lost. This lasted until the Great Depression, when farmers stopped trading their land away, and began buying his humus.”

People had been using manure to fertilize fields for centuries, and places around the world were stripped of bird guano that had accumulated over the centuries. Wars were fought over the commodity and islands scraped to bare rock. By the 1930s it was obvious those resources were dwindling, and a food shortage loomed unless a new way of restoring the fertility of exhausted land was found.

Kellogg had discovered something right here in California that worked. He didn’t understand the process, but neither did anybody else. The complex ways that plants interact with soil bacteria were a mystery in the 1930s, and to a degree they still are.

Kathy Kellogg Johnson, Chub’s granddaughter, presented a TED talk recently, called “Rebuild Soil, Rebuild the Earth” in which she proclaims, “We know more about the stars in the sky than we know about the soil under our feet.” In her presentation she lambastes factory farming using ammonia-based chemical fertilizers, a technology that was emerging when her grandfather started his business. In person she is even more direct, citing her experience when she was visiting nurseries to promote Kellogg products.

“I remember in the ‘70s they’d be like, ‘Your stuff is this big stinky bag. Get it in the back of the nursery, I don’t want to smell that organic stuff.” They preferred chemicals that gave plants a jolt. Sulfate of ammonia, urea, and pure nitrogen pills were considered the panacea. It’s like when sugar was taught to be the most efficient way to get calories. It’s the same science, same white powdery substance that makes you pop up to attention, but has a devastating long term effect on your body. The body of our Earth is our soil.” Kathy Kellogg said.

Chub Kellogg intended to make one product, NitroHumus. But an encounter with an entertainment industry visionary changed his mind. As Kathy recounts it, “My grandfather and Walt Disney were on the farm bureau together. When Walt Disney was designing the happiest place on earth, he wanted to recreate Rudyard Kipling’s ‘The Jungle Book.’ My grandfather said, ‘Anaheim is a desert, you’re not gonna find tropical plants growing outside of a greenhouse there.’ So he formulated a mix with nitrogen and redwood to lower the pH of the soil, and added all the nutrients needed to grow tropical plants. It was a success. After that, Kellogg’s started selling bags of GroMulch, the product that we made for Walt Disney.”

“When I was about 10 my father and I were gardening together, and he said, ‘The leaves falling, all that stuff I just picked out of the succulent arrangement, it’s a crime to landfill them. We take bags full of leaves, wrap them up in petroleum based plastic and shove them in a tomb. Shredding them and applying them to the soil is such a healthy thing to do. You feed the soil and then the soil feeds the plant.’ That was clearly my father’s focus.”

It wasn’t Kathy’s focus at the time, and when her dad died suddenly in 1987, she had embarked on a completely different career.

“I wanted to be a currency trader, and yeah, I know that’s esoteric, it’s working in an office. I lived in Paris and Spain, and I got degrees in French, Spanish and international finance. Then my dad died, and I was 22, and my mother Janice was in charge, and needed my help. She devoted her life to keeping the company together, but she was a quiet leader. My brother Hap was in sales at the time, and I came just to help her. I had the finance degree, and I was hooked. The people of the company were so eager to share what they knew with me and Hap, they said, ‘Come into my office, let me show you what I’m doing, do you want to do any part of it?’ There was a real eagerness to accept us. 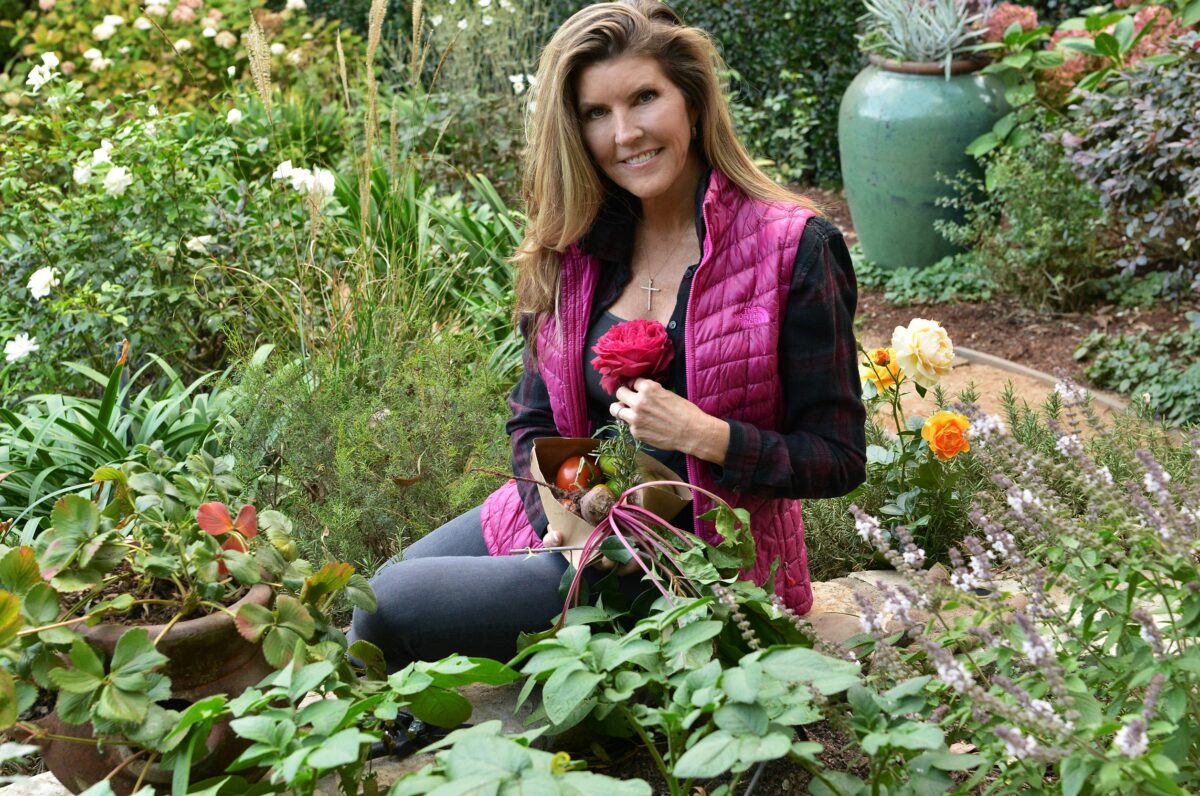 Hap, otherwise known as H. Clay Kellogg IV, is now the CEO of the company, while Kathy is chairman of the board.” Thirty years ago she met the man who became her husband, Brian Johnson. At the time he was running a paper recycling business for the Weyerhaeuser group, but left to take over a struggling business that they both respected. The Organic Control Company had been founded by Manhattan Beach resident Steve Hazzard in 1976 to promote the use of beneficial insects in gardens, but after nearly 40 years of selling live ladybugs, earthworms, lacewings, and other garden helpers, Hazzard was done.

“He said to my brother, I don’t trust anyone else to run this company and I’m tuckered out, I want to retire. We bought Organic Control and then realized it was a drawer full of problems. If you think keeping plants alive all the way to the end consumer is difficult, imagine keeping bugs hatched, alive, and delivered. We were committed to it because it’s very much in keeping with the Kellogg philosophy about encouraging life in the soil. Some beneficial creatures eat aphids or the white flies that infest vegetables. We believe that through using worm castings in the soil and increasing the plant’s own defenses, and then adding ladybugs, and lacewings that we can get off of this chemical diet we’ve all been addicted to. We’re trying to end the attitude of “Oh there’s a bug, let’s kill it.”

Kathy is active on the Peninsula, as a board member of the Botanic Gardens, and with projects that get students involved with tending the soil. “The school district has a gardening guru in Diana Heffernan Schrader. She has almost single handedly made certain there’s a garden in every school, and that’s an enormous amount of work. It’s about aligning curriculum and standards and core, getting the time on the teachers’ agendas, getting principals to buy in, and getting a piece of land. Kellogg donates fertilizers, and soil, and nurseries donate plants. They get grants for anything else that needs to be purchased. The kids go home to their parents and say, ‘Hey, I learned this and hey, my carrots are doing that and hey, look, I am growing without chemicals.’ So that’s the local Palos Verdes way.”

Kathy is also on the Board of the Environmental Media Association. This group gives awards for environmental messages in the media.

“Norman Lear said that in the ‘70s Fonzie dragged Richie Cunningham to the library to pick up girls. The next day, library card applications went up by 500 percent across the country. Norman’s wife Lynn was talking with Cindy Horn and said, ‘Wait a minute, we know the most influential men on the planet by the fact they’ve got so much on television. We can help change people’s behavior by putting environmental messages through  movies.”

“At the first event I attended, Nicole Richie squatted down at Hollywood High School to dig, and then said ‘The best thing I could be doing for the planet is this pepper plant that I’ve just put in the ground.’ Some of the celebrities haven’t been that confident. Ali Larter wanted to watch what I did. She said, ‘I haven’t the slightest idea what to do in a garden.’ We have taught influencers so they can influence other people with some sense of knowledge about what they’re doing. I’m completely comfortable with the gardening part of these events, but I have to study up to go to an event because I could be standing next to someone famous and have no idea.”

Kathy and Hap are the third generation of the Kellogg family to run the business, and the family legacy has shaped their children’s ambitions. Her daughter Kendall has an environmental studies degree from USC and specializes in helping businesses with their environmental footprint. Her son Connor has a degree in economics from Johns Hopkins, and is updating the company’s computer system.

Kathy seems to have boundless enthusiasm for her work, which she sees as literally healing the earth.

“Every pound of raw mulch you put in your garden sequesters a pound of carbon. It promotes life, both under the soil and above the soil. It’s about the air we breathe and the water we drink. We can heal them a bit at a time just by continuing to add life whenever you need to kill something.” Pen